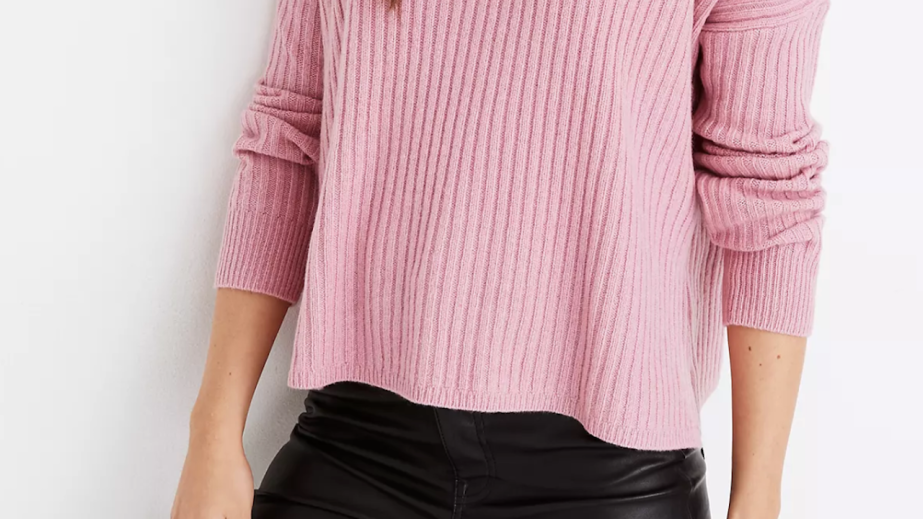 This week, Madewell is introducing a number of new sustainability initiatives. On the backend, that’s in the form of regenerated materials that are newly being used for its cashmere products, and on the consumer-facing side, that’s via a new Recycled Shop, where the brand’s sustainable products can be purchased.

Madewell joins the growing list of brands like Adidas and Lafayette 148 that have identified the materials step in the supply chain as an area where larger fashion brands can have a bigger impact. The scale at which some brands produce, particularly a material like cashmere which almost entirely comes from a single region of the world (90% of all cashmere comes from Mongolia), means that small changes can add up to a big impact, according to Liz Hershfield, the brand’s svp of sourcing, supply chain and sustainability. Cashmere is a particularly fraught material requiring many goats and much grassland to be produced.

Hershfield said the pandemic hasn’t impacted the brand’s timelines for reaching its sustainability goals, but it has made the team take a harder look at where it can make the most impact. The brand did an internal audit last year and determined that the largest percentage of its carbon footprint stemmed from its raw materials. Data from the World Bank shows that 87% of all fibers used for fashion end up in an incinerator or landfill, rather than being reused.

“For any brand, materials is the big thing,” Hershfield said. “Using recycled materials, going after organic and regenerated cotton, looking for ways to reuse existing materials — those are all fairly simple things you can do that have a big impact.”

Starting today, Madewell is selling some of its cashmere made under a new production model using 70% recycled cashmere and 30% wool. Later this month, the brand will launch 57 new styles all certified by Fair Trade USA, with a portion of proceeds from each sale going to a community fund for the factories where the product was produced. On Nov. 17, Madewell will become the first U.S. retailer to have its products be Good Cashmere Standard certified — other certified brands include Hugo Boss, Lacoste and Madeleine.

To tie everything together, Madewell debuted a new Recycled Shop on its online store on Tuesday, which is a hub for each of its pieces that is made sustainably or with at least 50% recycled materials. It currently featuring more than 70 items. It joins a list of other curated shops on the brand’s website, including the similarly-themed Do Well Shop, which launched in March 2019 and focuses on products made with an ethical view towards factory workers. Madewell’s Recycled Shop is currently highlighted on the front page of the online store and is being promoted by the brand on Instagram.

Hershfield said the recycled materials cost significantly more to produce than regular cashmere, and the price reflects that. A regular cashmere sweater sells for under $100 at Madewell, while the recycled ones sell for $135-$170. While denim is historically Madewell’s biggest selling category, Hershfield said cashmere has been a growing segment of the business for the last two years. She declined to give specific sales numbers. Revenue has been climbing for Madewell for years, even growing 31% during the pandemic and surpassing $600 million annually.

“There’s always been this idea that going sustainable costs a lot of money,” Hershfield said. “And it can, but you have to stand behind it and look at it [in terms of] the long-term. It is expensive, but it’s the right thing to do, and eventually you’ll see the benefits. You’re making an investment for the future.”

Madewell didn’t always bill itself as a sustainable company. Hershfield said it’s only in the last five years or so since she joined the company that it’s become a bigger part of the business. In the last year, these efforts have ramped up considerably. In 2019, the brand became the first U.S. retailer to join the Sustainable Fibre Alliance, which counts members including Burberry, LVMH and John Lewis. In October 2019, the company partnered with ThredUp to sell used Madewell jeans from ThredUp in Madewell stores. Since 2018, the brand has had hosted Blue Jeans Go Green, allowing customers to return any pair of jeans (even those not bought from Madewell) to a store, to be recycled for $20 in credit.

That focus on sustainability could help the brand bring in the lucrative Gen-Z audience, nearly 90% of whom are willing to pay extra for sustainable brands, according to a late 2019 study from DigitalCommerce360. While Madewell’s revenue has been strong, parent company J. Crew has been struggling through the pandemic, even filing for bankruptcy in August. J. Crew will need every penny it can get to climb out of a $2 billion debt load. For now, Madewell, and others in the fashion industry, sees sustainability as a way to growth.

“The consumer is a lot more educated about fabrics and materials right now,” said Christy Raedeke, CMO of French textile manufacturing company Chargeurs. “There’s a lot of opportunities around fabrics and materials, and making them more sustainable and attractive to young consumers, especially now. With everyone shopping online, it’s a great time to be a DTC brand who can take more control of your materials.”