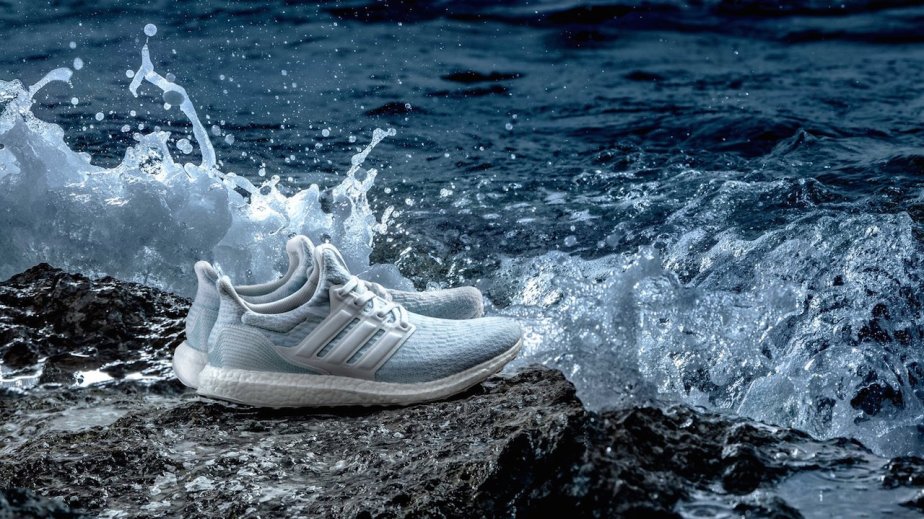 In 2015, when Adidas first launched its Parley for the Oceans line of sneakers made from recycled ocean plastic, it was a modest production run of just 7,000 pairs. In 2019, Adidas expects to sell 11 million pairs, according to the company.

The growth Adidas has seen within its sustainable products has been considerable, contributing in part to the company’s 10% increase in revenue to $6.4 billion, which it saw this quarter. It’s especially noteworthy given the relatively slow movement among streetwear and sneaker brands toward embracing sustainability.

While Adidas has made strides in terms of innovation around sustainable products — like its Parley for the Oceans and its Futurecraft Loop collections — the next challenge for the brand is in convincing people to send back their products when they’re done with them to be recycled.

On its latest earnings call on Wednesday, Adidas CEO Kaspar Rorsted said that sustainability is “one of the biggest, if not the biggest growth opportunity for us in the years to come,” and that next year, “two sub-brands will emerge to support our activities in sustainability moving forward.”

Chief among efforts to encourage a circular system is a voucher program that was rolled out in the U.K. in mid-October. Customers can return any Adidas products bought in the last five years, regardless of what condition it’s in, to earn up to $25 in credit towards a future purchase, depending on the product’s original value. Taking back the products, which is done through a pre-paid package sent to consumers’ homes when requested through the Adidas Creator’s Club loyalty app, is handled by U.K. startup Stuffstr. Adidas plans to roll out the program outside the U.K. next year.

“When you buy our product, we keep a history of what you bought,” said Alexis Olans Haas, director of sustainability at Adidas. “We show you the product has an intrinsic value, even after you’ve worn it, and we offer to buy it back. We’re really trying to showcase the opportunity for your clothes to have a second life. We’ll take anything, even your dirty socks if you want. And if we can’t resell it, we’ll recycle it. There’s a good, sustainable reason to make sure these products stay in play.”

The launch of the program came at the same time as Adidas ramping up production of the second iteration of its Futurecraft Loop shoe. Pairs of the first shoe were sent out last year to a select group of influencers, creators and others to be worn and eventually returned to Adidas, which was ready to recycle them into a new version using the feedback they provide. Adidas is still collecting pairs from the first iteration and has begun designing the second version, which will incorporate sustainable ways to use dyes and color. The shoes are not currently for sale, but are set to be released to the public in 2021.

“It’s kind of like a cattle call, in a way,” said Paul Murphy, senior PR manager for U.S. sports at Adidas. “We send you an email: ‘Can we get your shoes back?’ The idea is that it will be a one-purchase deal when it goes on sale. You buy one, and as long as you send it back, you keep getting a ‘new’ pair. The call is out for the shoes now, but it’s still kind of a seeding program. The people who have it now are wear-testers.”

Haas said that, currently, her priorities include building up the infrastructure for taking back new products, including the facilities where the styles are repaired, restored, repackaged and broken down to be recycled. She’s also focusing on changing consumers’ conceptions of a product’s lifecycle.

“It’s all part of the broader strategy we have to shift our customers from a single-use philosophy to a circular economy,” Olans Haas said. “The first part is to make sure we are making stuff sustainably, but the second and more important part is making sure stuff gets back to us so we can reuse it. In the next year, we’re going to be investing heavily in that infrastructure.”

While demand for sustainable clothing has gone up — between 65% and 70% of consumers under 35 will seek out brands that are sustainable, according to The Robin Report — the sneaker and streetwear worlds have been slow to adopt it. Adidas also faces competition from its biggest rival Nike, which has its own sustainability initiatives including the recently announced Move to Zero campaign, that centers on informing consumers about its efforts to reach zero carbon and zero waste.

Murphy said part of Adidas’ focus right now will be communicating its various sustainable efforts to the consumer through high-profile stunts, like its recent plan to highlight its tech and engineering teams by sending sneakers to the International Space Station, and through more everyday efforts like the 2019 Run for the Oceans race to promote its ocean plastic sneakers.

“Communicating these ideas is one of the things we need to do better,” Murphy said. “We had a guest speaker in our office one day, [sports business analyst] Darren Rovell, and when we were telling him about our sustainability, he stopped us and said, ‘You need to trumpet the shit out of this.’ The average person might not know about all the stuff we do, but they should. There are consumers out there who care deeply about this stuff, and we need to make sure they know that we do, too.”