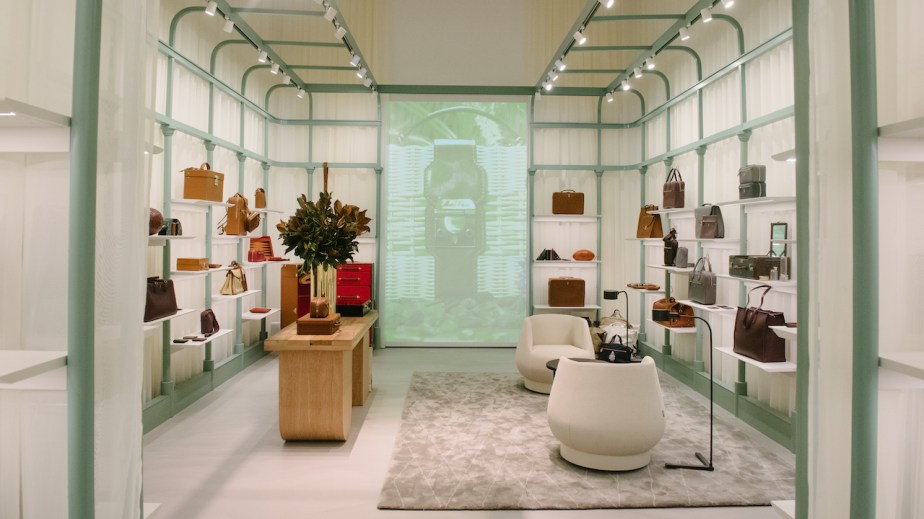 In some cases, the coronavirus crisis is accelerating brands’ sustainability plans.

According to Boston Consulting Group, sustainability efforts are often additional costs that are not high on brands’ priority lists. Even brands that have been loud and proud about their sustainable practices have been forced to make cuts, like Reformation and Christy Dawn, which have reportedly both scaled back sustainability initiatives this year due to cost. But for some brands, the coronavirus has instead become an opportunity for creative, more sustainable rethinking around how production is done.

“We had a lot of cancellations [from suppliers and manufacturers] like everybody else did,” Smith said. “For pre-fall, we had all these beautiful fabrics, and I didn’t want them to go to waste. It’s a cost-saving thing to use the excess material, but it’s also just really hard to get materials from our Italian suppliers who are just starting to reopen right now. So rather than throw away extra stuff, we looked for ways to repurpose it.”

More than 75% of the brand’s materials and products come from Italy, which has meant a significant amount of order cancellations and delays in production. But from Lafayette 148’s pre-fall material order, Smith said, in some fabrics, the company still had 3,000 yards to work with. Some of those materials were used for samples that never got a full production order or were unused entirely. Those materials are now being folded into the brand’s fall collection, made into new products that will go on sale on the brand’s online shop later this year.

Lafayette 148’s Italian factory partners are closed, but its Chinese factory, which it owns completely, is back open. The brand is working to shift existing materials from Italy to its China factory for production.

Ulrik Garde Due, CEO of luxury brand Mark Cross, said his brand is in the middle of a similar project. For the brand’s 175th anniversary this year, Mark Cross will release an updated version of the Grace handbag that will be made entirely from reused fabric. Garde Due said the brand, which does all of its manufacturing in Italy, was able to put in a big order for raw materials just before its suppliers shut down in Italy in mid-March, which Garde Due said he’s planning on trying to stretch as far as possible.

“One of the things we’ve changed is the way we merchandise our collections,” said Garde Due. “A lot of the fabrics we ordered were geared toward our core [styles], so we have a lot of material for our core products on hand. That means our future collections will be smaller and focused just on the core iconic shapes, rather than having tons of new designs every three months. And that’s now how I see the future going for us, [long term].”

Both Smith and Garde Due acknowledged that brands may be tempted to cut sustainability efforts right now, but that it’s not strictly necessary. Mark Cross, for example, has been working with a company called Positive Luxury, a third-party company that advises luxury brands on how to improve sustainability in the supply chain, to ensure that all of its manufacturing and product choices meet environmental standards. Mark Cross has been consulting with Positive Luxury for at least the last two seasons.

Garde Due said that rather than cancelling this partnership to save money, he has deepened it — Mark Cross is working on getting Positive Luxury’s Butterfly Mark, a butterfly symbol the company awards to brands with production that meets a tier of sustainable standards, by increasing the amount of recycled materials it uses. (A number of other luxury brands have received the Butterfly Mark including Dior and Kenzo.) Other luxury brands that have recently made commitments in the name of sustainability include Giorgio Armani, saying he would limit his brand’s collections to only two per year.

Many of the downsides of this crisis have sustainability-related silver linings, like the reduced carbon footprint from limited travel, the requirement of brands to stretch their materials as far as they can go and, in general, and the training of consumers to get used to a world in which both production and consumption is limited.

“For the luxury world, in general, if you look at the movement of goods in the last few months, it’s almost close to zero,” said Garde Due. “The carbon footprint of fashion is reduced. The question is: Once we reach the new normal, will it stay that way? Will people realize they don’t have to travel around the world constantly for shows in five different countries with seven seasons a year? I hope not and that all this accelerates a more sustainable luxury industry.”