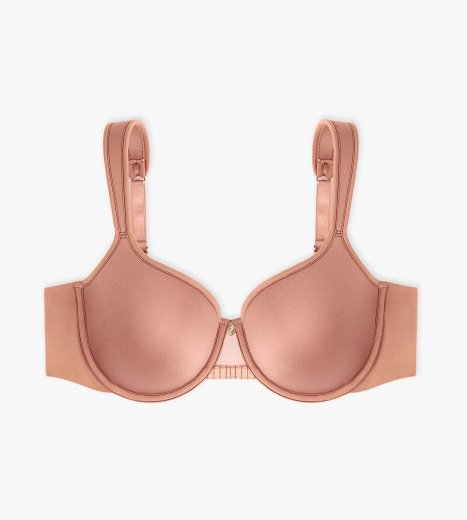 This past week, acquisitions and price increases were top of mind. Ted Baker may be the latest retailer to be bought by Authentic Brands Group, which also sued one of its fintech partners this week. And underwear brand ThirdLove bought out Kit Undergarments to better appeal to Gen Z. Plus, Discord has become the hot new platform for fashion brands and Lacoste has dropped a fun new spring campaign. Don’t forget to subscribe to the Glossy Podcast to hear the latest episode, an interview with Batsheva Hay, founder of Batsheva. –Danny Parisi, sr. fashion reporter

What you may have missed
Noteworthy stories from last week

Ted Baker’s potential new owners
The British brand Ted Baker put itself up for sale earlier this month, and as of Wednesday, it said it had “a number” of proposals to consider, according to Reuters. Chief among those offers, per Sky News, is from Authentic Brands Group, the company that has acquired dozens of floundering retailers and brands in the last three years, from Brooks Brothers to Forever 21.

If ABG does make the acquisition, it’s possible Ted Baker could see a resurgence like other ABG purchases, including Aeropostale.

Unilever’s price increase
It’s a familiar refrain by now, but it’s not changing any time soon: Prices are going up. The latest to speak on this was Unilever, the global consumer goods company that owns brands like Dermalogica and REN. The company already raised the prices on all of its products by 8% this year and warned on Thursday that prices will likely rise again.

This has been a common issue among fashion and beauty brands for the last year. The challenge facing those brands now isn’t necessarily how to avoid price increases – they’re often unavoidable – but how to communicate them to the customer.

Discord is fashion’s new obsession
Discord is a platform primarily made for and used by gamers. So why are fashion brands so interested in using it?

In short, it’s a combination of fashion and gaming merging together, and fashion brands looking to recruit new audiences through new channels. Discord, by its nature, tends to attract only the most loyal customers, the kinds of people who would join a private server purely to discuss a specific fashion brand. For brands, that makes it a great place to establish a two-way dialogue with their customers, including to solicit feedback from those most engaged. Read Glossy’s story here to find out why brands from Gap and Adidas to StockX and Cider have all started Discord servers.

Both Victoria’s Secret and ThirdLove seem to be angling for the Gen-Z audience in an effort to compete with Aerie and Parade, both of which have seen much success catering to that crowd.

The Weeks Ahead
Stories we’re following

Lacoste’s new art direction
Something’s in the water over at Lacoste. The tennis apparel brand’s spring campaign, which launched last week, was praised on social media for its loose, streetwear-inspired art direction. It’s a far cry from the somewhat stodgy reputation the nearly 100-year-old brand has developed.

Gareth Rutter, founder and creative director of agency Bellow Studio, called the campaign out on Twitter, writing “Lacoste FINALLY sort their art direction out. These [images] are great.” The campaign was created by an external agency, BETC, based in Paris.

In March, Robert Aldrich, North American CEO of Lacoste, told Glossy that many of the more artistic decisions Lacoste has made in the last two years have come from creative director Louise Trotter, who joined the brand in 2019.

“We’re one of the unique sports brands that has a creative director,” Aldrich said. “[Trotter’s] shows are fantastic and she does this genius job of taking all the visual cues of tennis and putting it into everything we do.”

Aldrich also said Lacoste has big plans for the rest of the year and that physical retail would be one of the biggest areas of focus. Now, we can add a revitalized marketing aesthetic to Lacoste’s list of virtues.

Glossy live podcast with Frame’s Erik Torstensson
On Thursday, Glossy set up shop at Frame’s Greene Street store in NYC’s SoHo for a live podcast recording. Glossy’s editor-in-chief Jill Manoff was joined by Frame co-founder Erik Torstensson to speak about everything from jumping into new categories and the resiliency of physical retail to the importance of failure.

The audience, made up of Glossy+ members, was eager to ask Torstensson for advice on starting and growing their own businesses. Torstensson said Frame has been profitable since day one, which was nearly 10 years ago at this point. Be on the lookout for the episode to publish in your regular Glossy Podcast feed on May 11.