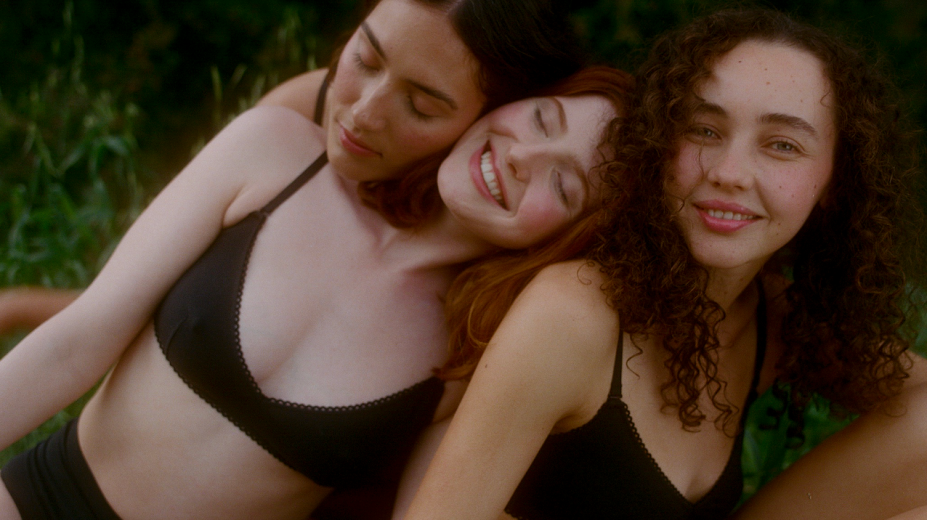 As ThirdLove acquires Kit Undergarments, the battle for the Gen-Z bra shopper heats up

With its first acquisition, of 3-year-old Kit Undergarments, ThirdLove joins Victoria’s Secret and Journelle in upping its focus on the Aerie-dominated Gen-Z underwear market.

Kit Undergarments has primarily sold to 18- to 34-year-old urban women, according to the founders. It first launched in 2019 under the brand name The Kit, with a focus on the type of outfit-perfecting components often found in a stylist’s toolbox. Think: bandage tape that works as a bra alternative and bodystockings that make sheer looks wearable. Its unstructured bras became a top seller.

A Gen-Z staple, bralettes are a big, growing business. According to market intelligence platform Edited, the number of bralette styles on the market increased by 24% and 4% year-over-year, from 2020-2022. For its part, Aerie sells eight sub-categories of bralettes, including “lounge bras,” “lace bralettes” and “bra tops.”

Aerie, which largely sells to 15- to 35-year-olds, according to the company, reported revenue of $1.4 billion in 2021. Now, other brands are looking to take from its market share as it continues to expand its foothold. Its goal is to be a $2 billion brand by 2023. On April 19, Victoria’s Secret built on its Gen Z-focused Pink brand with the launch of Happy Nation, targeting the youngest Gen Zers with its tween focus. Among its offerings are underwear, swimwear and sweats. Meanwhile, 15-year-old Journelle started going after Gen Z in early 2021, in part by featuring models under age 21 in its imagery. And that’s not to mention the many Gen-Z-focused DTC startups that have come into the market hot. For example, as of last year, 3-year-old Parade was valued at $140 million.

For Harouche and Mizrahi, a goal out of the gate was for Kit Undergarments to become part of a larger entity via an acquisition, said Mizrahi. Ahead of going to bat for a second round of funding, they accepted an offer by an early investor, K5 Global founder Michael Kivas, to be introduced to Dave Spector, co-founder and president of ThirdLove. Along with Kives, participants in The Kit’s first finding round included Karlie Kloss, Josh Kushner, and Scooter and Yael Braun, among others.

ThirdLove and Kit Undergarments first worked together in October 2021, on a product collaboration timed with Breast Cancer Awareness Month, in support of the Women’s Cancer Research Fund. Immediately following, Harouche and Mizrahi ceased all Kit Undergarments-focused operations. They provided an update to the brand’s 87,000 Instagram followers in mid-November, with a post stating, “Stay tuned for an exciting announcement in 2022!” A subsequent update wasn’t provided until Sunday, when the brand hinted at the relaunch in a post stating its “4.26.22” product drop date.

Zak said ThirdLove hadn’t considered making an acquisition, but the introduction to Harouche and Mizrahi came at “an opportune time.”

“We were starting to focus on how we were going to win in the Gen-Z market and contemplating developing a sub-brand with [dedicated] product,” said Zak, noting that ThirdLove’s core customer base is millennial women. “Undertaking that internally would require time and effort, and it would be hard while running an [existing] brand to get out of your own head to create something new.”

She added, “You typically need a unique positioning and product offering to squarely resonate with that specific [Gen Z] demographic.”

As part of the deal, Kit Undergarments’ four-person team has been folded into ThirdLove’s company. Harouche and Mizrahi will run Kit Undergarments for ThirdLove, plus they’ve taken on roles as ThirdLove brand directors. As such, Harouche is aiding in product design and styling, and Mizrahi is lending her marketing expertise. Meanwhile, ThirdLove has taken on the brand’s production, tapping established vendors. And existing ThirdLove employees have expanded their focus to include the new brand, which will mandate dedicated hires as it scales, Zak said.

As The Kit, Harouche and Mizrahi’s brand launched to much fanfare via social media support from celebrity friends and clients, as well as fashion media, from Vogue to The Hollywood Reporter. In its first month, as part of another campaign supporting Women’s Cancer Research Fund, the brand’s Instagram featured Kendall Jenner, Hailey Bieber and Diane von Furstenberg, among others, wearing its styles. Harouche’s clients have included Miley Cyrus and Kim Kardashian, while Mizrahi has worked with Katy Perry and Nicole Richie, among others. Mizrahi also has a fashion brand, Sweet Baby Jamie, which is exclusively available at Rent the Runway.

According to Mizrahi, “strategic partnerships with friends of the brand and [styling] clients, as well as the brands of friends of the brand,” will be a big focus for Kit Undergarments for ThirdLove. It’s worth noting that, as of Sunday, KitUndergarments.com was still live — the homepage featured Fabletics co-founder Kate Hudson wearing a nude bodystocking.

Following the teaser, on Monday, Kit Undergarments for ThirdLove will use Instagram to announce the rebrand and start a countdown to the Tuesday product release. It will also email former customers the news, explaining the brand’s whereabouts. Post by influencers, friends and clients, who were gifted the first Kit Undergarments for ThirdLove products, will also promote the launch.

Harouche said she and Mizrahi are excited about the opportunity to offer products that have long been on their wishlist.

“As a small brand, it was really difficult to get quality partners and competitive pricing, and stick to timelines,” she said, pointing to an example: “We’ve always wanted to produce our underpants in organic cotton, but sourcing was an issue; we could never get the pricing right. But in our first [Kit Undergarments for ThirdLove] collection, all of our underpants are going to be in organic cotton.”

There’s some good alignment between the brands. According to Harouche, The Kit launched “to make women of all body types feel good, comfortable and supported.” It’s worth noting, however, that its sizes topped out at 14 and DD, depending on the style. Meanwhile, ThirdLove specializes in inclusive sizing: In bras, it offers sizes A-H, including half sizes through E.

ThirdLove has been in expansion mode, launching sleepwear in February 2021 and activewear, with a focus on sports bras, in October 2021. The brand’s opened four stores in California since the start of the year. It plans to open more stores this year and through 2023, though Zak declined to elaborate. Zak said more people are buying wired bras, including ThirdLove’s signature T-shirt bra as well as its strapless bras, as they head back to work and events. Twenty million women have ThirdLove’s fit quiz. In 2019, it was valued at more than $750 million.