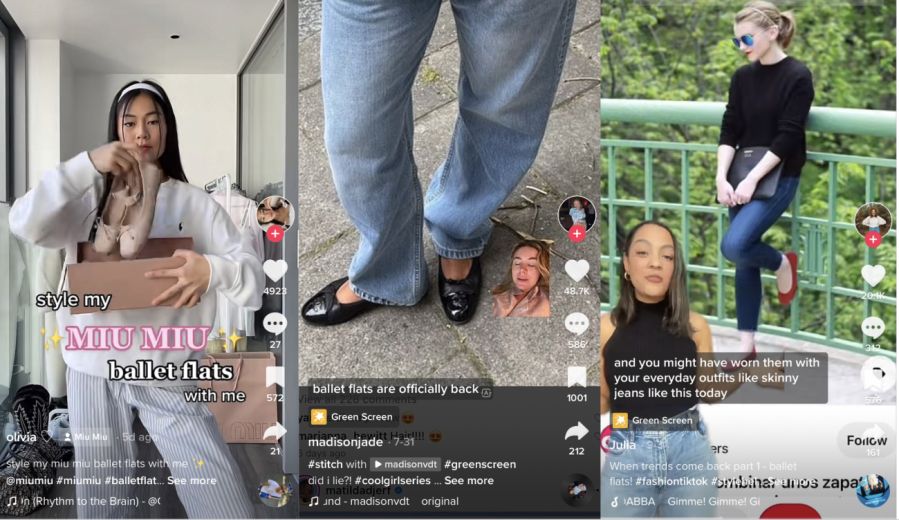 In April 2019, I ordered a pair of camel ballet flats from Mansur Gavriel. The brand had just introduced the style. An old email with the receipt shows I paid $195 for them, $200 less than the same pair is sold for today. I have re-soled them at least twice, plus they have water stains, the bows are frayed and the soles are coming off again. I have since bought two more pairs of the same style, in pale pink and silver. The flats are worn year-round, with the exception of days when the weather necessitates socks and boots. To me, they go with absolutely everything, from jeans and shorts to dresses jumpsuits. One of my best friends tells me this makes me “basic.” I say, “Basic, or classic?” Also, isn’t the point of being an adult that I don’t have to worry about what’s “in”?

Regardless, ballet flats are very much back in style.

On TikTok, where trends are now debated, demonstrated and started, #balletflats has 38.8 million views. #Balletcore, another aesthetic made popular by the app, has 81.6 million views. An ultimate score on the app is to already own or show yourself buying or unboxing a pair of Miu Miu’s $950 satin ballerinas. In one September video, user @beingjulia (347,000 followers) talks about ballet flats in the context of a series, “When Trends Come Back.” She notes that, as with all trends, the 2022 ballet flat has been updated and modernized.

For example, if we compare the Mansur Gavriel style I love to the cult-favorite, logo-emblazoned Tory Burch flats of 2005, today’s version has a much higher vamp — aka, no toe cleavage — and no elastic around the back. In 2022, the Mary Jane is also particularly popular — but more on this later.

Bella Gerard, a freelance writer and influencer (108,000 TikTok followers) posted a video noting that she’d bought ballet flats last year knowing they were on their way back in. “The fashion set has known for some time now that ballet flats were [making] a comeback. Chanel spring 2022 and Miu Miu fall 2022 both leaned into the look. Molly Goddard’s spring 2022 collection showed off multiple pairs of lace-up ballet flats that served as proof of the silhouette’s ability to be reinvented for a new era,” she said. The pair shown in the video below are from Aerosoles.

With a shoe so near and dear to my heart having a moment in the sun, I took the opportunity to reach out to some of my favorite designers and brands to discuss the return of the trend and the resulting impact on their businesses.

“It’s going to be very big for the next year and a half. You know that it’s coming when it’s on the runway, but you don’t know [what’s really happening until] the customer reacts to it; that’s when a real trend is happening,” said Marina Larroude, co-founder of Larroudé. The brand previously dabbled in the world of flats with pointed styles, and this year’s Blair Ballet Flat style has been a bigger hit than anticipated, Larroude said. The Blair launched in August and the brand sold through stock in two weeks. It was projected to last through February. Given the success, the brand is rolling out more ballet flats soon.

Mansur Gavriel has had its aforementioned Dream Ballerina in rotation since 2019. Neutral, classic colors are sold year-round, and the brand introduces trend-forward colors multiple times a year. The shoe has been a success since it launched. The brand has also introduced a square-toed ballet flat, and this season, it introduced a three-strap, square-toed Mary-Jane that comes in pony hair. According to Mansur Gavriel’s CMO, Ellise Park, the Dream Ballerina has become an important part of the brand’s business. Although popular before, the brand has seen a 79% increase in the sales of ballet flats since last year. The Dream Ballerina currently has a 2,500-person waitlist. Like Larroude, Park said the brand saw the trend coming. “We knew that [flats were] going to have a moment soon, which is partly why we introduced [things like the] pony hair fabrication. [The new styles] are fun, more whimsical and playful. And [it]was intentional, in terms of their timing.”

For Jessie Randall, creative director and co-founder of Loeffler Randall, the inspiration behind her brand’s bestselling Leonie Ballet Flat dates back to her childhood dance classes. Randall didn’t actually like dancing, but she did love the shoes, she recalled. She wanted to recreate the shoe but give it a sole that could be worn outside. Though a black style is the brand’s bestseller, Randall is partial to the white satin pair. Eva Chen has named the brand’s Leonie her favorite ballet flat, alongside Chanel’s, which Randall said has contributed to the shoe’s popularity. “I’m always asking my team to think of new ways to reinvent it,” Randall said of the popular silhouette. In addition to white satin, there are pairs in woven leather and ochre velvet. Randall said the brand will introduce a mesh fabrication later this year. This season, the brand added the Leah, an on-trend take on the Leonie. It’s a Mary Jane on a one-inch platform, and available in black leather and ochre velvet. On Loeffler Randall’s site, both are sold out in numerous sizes.

Of the ballet flat, Randall remains a fan, calling the style a “democratic one. “It’s a great thing to wear if you haven’t a pedicure or if you have differently shaped feet — it’s more forgiving, in terms of the width of the foot. It’s [just] a really easy style. My mom wears them. I wear them. And my daughter who has really advanced, ‘NYC high school art student’ style wears them.” 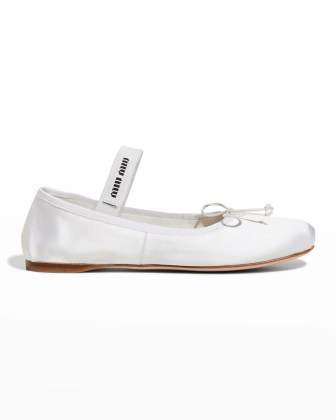 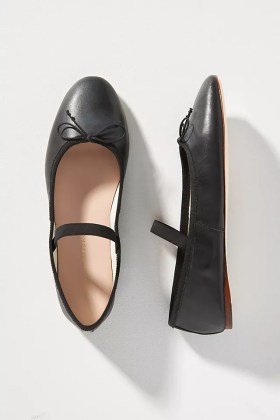 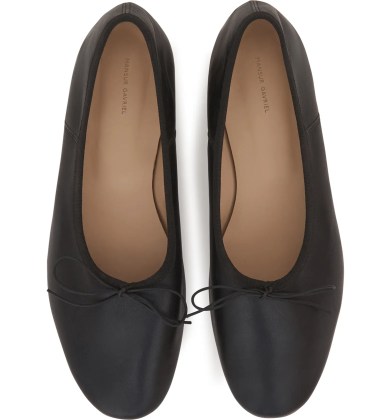 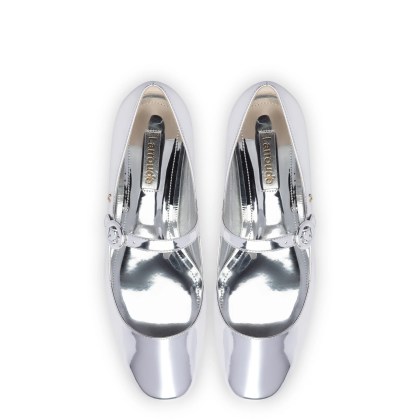 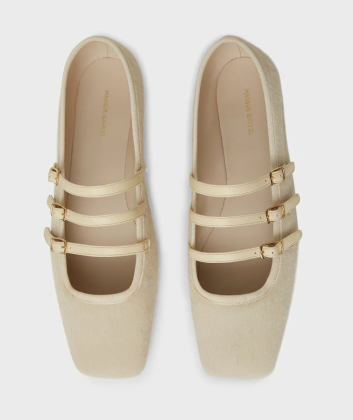 Olympian Shaun White on launching his own brand: ‘It’s what I need right now’

Of course Taylor Swift got a ‘Midnights’ manicure