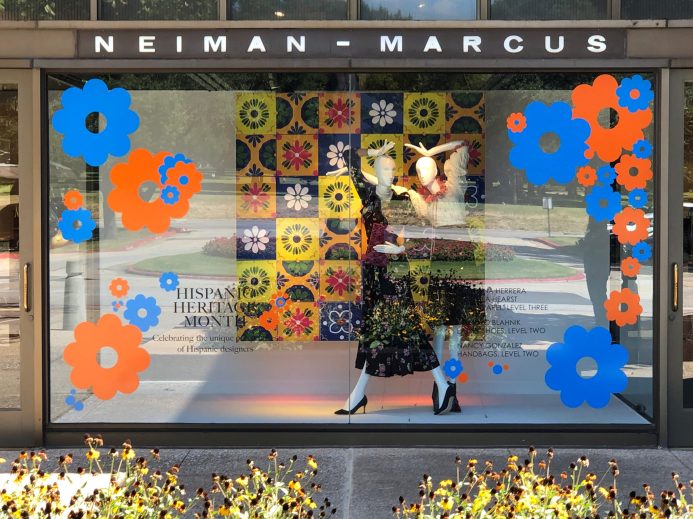 Farfetch has the digital side of luxury fashion retail on lock – but that’s just one piece of the pie. Through a new partnership with Neiman Marcus Group, Farfetch is set to build on its physical retail prowess, while also gaining access to valuable American luxury consumers.

Announced Tuesday, Farfetch is investing $200 million in Neiman Marcus Group, in a deal largely centered on NMG’s Bergdorf Goodman brand. The retailer’s website and app will move to Farfetch’s platform, thereby giving it a global presence. Meanwhile, the Farfetch technology will be integrated with the store’s existing technology and inventory to establish omnichannel connectivity.

The changing definition of luxury has been a hot topic since the start of the pandemic, and even before that. Still, the luxury consumer has continued to shop at 123-year-old Bergdorf Goodman, according to NMG executives.

Over Zoom on Wednesday, Geoffroy van Raemdonck, CEO of Neiman Marcus Group, said a majority of the retailer’s shoppers are “luxury customers,” spending more than $10,000 per year. The customers joining this group since the onset of Covid are, on average, seven years younger than Bergdorf’s luxury customer base pre-2020. And two-thirds of the store’s associates are doing at least $1 million in sales per year, added Darcy Penick, president of Bergdorf Goodman.

At the same time, brands are still champing at the bit to get in front of the retailer’s customers and earn their dollars with exclusive products and activations. That’s despite Bergdorf’s remaining loyal to its curated wholesale model, as competitors increasingly aim to lure brands with concessions and other “alternative” selling options.

“Brands have plenty of places where they can sell their products,” van Raemdonck said. “A retailer selling them the same way they’re sold everywhere else doesn’t add value. We bring a point of view to the customer that machine learning and personalization can’t offer.”

Van Raemdonck listed brands that are only available at Bergdorf’s in the U.S., including Schiaparelli. Meanwhile, Marc Jacobs Runway counts Bergdorf’s as its only physical channel worldwide. And Bergdorf’s is the exclusive third-party retailer of capsule collections by brands including Valentino.

Bergdorf Goodman has earned a reputation as a successful brand launchpad: Contemporary brand Veronica Beard first launched via Bergdorf’s, in 2010. And European brands Christian Louboutin and Brunello Cucinelli expanded to the U.S. through the store, van Raemdonck said.

But of course, today especially, no fashion company can rest on its laurels. That’s been proven by the recent downfall of former BG competitors Barneys and Henri Bendel, among other luxury retailers. For its part, Neiman Marcus Group filed for Chapter 11 bankruptcy in May 2020, reemerging with a restructuring plan that eliminated more than $4 billion of debt. Both van Raemdonck and Penick joined the company in 2018.

The luxury shopper is ready for evolution, said Holden Bale, global head of commerce at digital marketing agency Huge. “All of a sudden, forced by Covid, there’s this ubiquity of consumers who are more familiar with augmented reality and QR codes. It gives companies like Farfetch, with digital sophistication and an emphasis on technology, better positioning than a Neiman Marcus.”

Neiman Marcus Group has been making progress on that front. In March 2020, the company launched a proprietary Connect app for clienteling. And in June 2021, it acquired the Stylyze platform, allowing it to offer services that are typically found in stores through its e-commerce site. Prior to the pandemic, in 2019, it took a minority stake in luxury handbag company Fashionphile, bringing its resale services to its stores.

Bergdorf Goodman’s strong reputation as a physical retailer was a key driver for Farfetch in inking the partnership, van Raemdonck said. And the fact that the company held on amid a survival-of-the-fittest era, aided by critical support from Neiman Marcus Group, has positioned it very well for the future.

“In the U.K., you immediately think of Harrods when you want a luxury shopping experience. And in France, you think of Galeries Lafayette,” said Bale. “Bergdorf’s is representative of that type of legacy heritage brand, [in the U.S.]. And there’s an opportunity for a company [like Farfetch] to revitalize the local consumer experience under the banner of a brand that has an association with true high-end luxury. How many of those companies exist in the United States?“

For Farfetch, there’s no need to make Bergdorf Goodman happen, so to speak. The luxury customer, regardless of their location, knows it well. Maybe they’ve shopped it during a trip to NYC, where it’s located on the “best corner” of the city, according to van Raemdonck. Or they became familiar with the store through the 2013 documentary “Scatter My Ashes at Bergdorf’s,” which further cemented its icon status.

“Luxury has always been about culture and identity,” Bale said. “And the luxury customer, for the most part, is global.”

On Farfetch’s latest earnings call, in February, José Neves, founder, chairman and CEO of Farfetch, called the U.S., already its largest market, “a huge opportunity and area of focus.” And the company, best known as a digital luxury marketplace, is championing an omnichannel approach to retail as it grows the business.

Fourteen-year-old Farfetch acquired London-based luxury boutique Browns in 2015 and debuted its “Store of the Future” concept through the retailer two years later. It now operates a white-label business offering brands and retailers the same technologies, which center on elevating and integrating the online and in-store customer experiences.

“An omnichannel strategy is fundamental to providing a luxury [shopping] experience,” van Raemdonck said, spelling out Bergdorf Goodman’s approach to selling: “We’ve chosen the best brands. Within those brands, we’ve chosen the best part of the assortment. And we’re going to serve not what’s right, but what’s right for you, through a human being.”

As he sees it, physical retail will always drive a majority of luxury fashion sales. Currently, about two-thirds of Bergdorf Goodman’s sales are made offline.

Bale agreed. “We are in the middle of a retail renaissance,” he said. “Any business that is pushing physical retail in the United States and pushing luxury to evolve is [on the right track].”

According to Penick, Bergdorf Goodman has had global ambitions from day one. But Farfetch is providing a more “expedited” and “localized” path to that goal than NMG could have pulled off on its own.

Along with relevancy and access to a global market, the Farfetch partnership gives Neiman Marcus Group affiliation with Farfetch’s tech company positioning. “A technology company is always going to get more favorable lending terms than a traditional retailer,” Bale said.

In 2008, Farfetch established itself by coming to market as a “very effective, fantastically timed infrastructure play for the luxury community,” Bale said, referencing its first-mover advantage among luxury marketplaces.

As he sees it, Farfetch could see a similar “second-mover advantage” if it were to overhaul the idea of physical retail with its own, modernized take on stores. And doing so by opening additional Bergdorf Goodman stores would make great sense, he said.

But van Raemdonck and Penick shot down the notion. “We’ll bring Bergdorf’s closer to people, but its physical presence, in its existing four walls, will not change,” van Raemdonck said.

Gender-neutral clothing is on the rise

The rise of gender-neutral clothing has been the subject of many industry reports released this year. In February, student discount platform Unidays released “Gen Z’s attitudes toward gender-fluid fashion,” revealing that 49% of Gen Zers in the U.K. are more willing to purchase from a brand offering gender-neutral clothing. A March report by Coresight titled “Inclusivity in retail” showed that gender-free merchandise has expanded across categories and retail sectors. And on Monday, trend forecasting company Fashion Snoops released a report on “Gender-inclusive apparel.”

The interest in the topic is no surprise, considering how brands have embraced the concept. Marc Jacobs and Altuzarra have recently launched brands focused on gender-neutral clothing, dubbed Heaven and Altu, respectively. British-American designer Harris Reed and Klarna launched a fashion competition centered on gender-fluid designs in late March. And even Pacsun has rushed to the space.

Brieane Olson, president of Pacsun, broke down the brand’s motivation and strategy:

“Creating ‘gender-fluid’ shopping experiences in both digital and physical stores has been important to delivering on our brand promise.

We have been influenced by runway shows which, for many years, have started to break boundaries when it comes to the industry evolving to become more gender-inclusive. More importantly, however, the genesis of launching a more gender-fluid approach to shopping came from our consumers and our communities. We look to our customers, our brand ambassadors and our company’s employees for diverse voices to provide the right input and insight into the creation of our efforts around gender-fluid shopping and brand creation. Including people who identify as LGBTQ has been a part of our conversations since the very beginning.

As a part of this, we launched our gender fluid and eco-sustainable brand ‘Colour Range,’ which caters to our 17- to 24-year-old consumers, as well as our Pacsun Kids customers (ages 4-14). The community response to the Colour Range line has been very strong and continues to grow.

In 2019 we made the shift on our website to create a specific section that highlights a curation of de-gendered items for the nonbinary market and those who identify outside the male and female categories. We have seen a 50% increase year-over-year in searches on our digital platform with gender-fluid terms. We believe that more than half of Gen Z shops across gender lines. Gender is becoming very fluid in the youth community and, therefore, has become a core element of our brand’s focus.

In our marketing efforts, we include trans, nonbinary and gender non-conforming individuals in the creation and promotion of our efforts, so we are authentically striving to connect with the communities we are serving.

Designing beyond binaries will continue to be a focus for our teams and communities moving forward, across all touchpoints, including product creation, marketing, and virtual and physical experiences.”

Rent the Runway is raising its prices. Just a year after doing away with its Unlimited membership, allowing renters to trade out four items as often as they’d like, Rent the Runway is again making changes to its membership model. The price of each of its membership tiers is going up by about 5%, which the company owed to hikes in its own shipping costs. Further insight into the state of the company will be revealed on April 13, when it announces its fourth-quarter and full-year 2021 earnings.

’90s supermodels are having a moment. Skims, Karen Millen, DL1961 and Versace are among brands that have recently enlisted models like Candace Swanepoel and Tyra Banks to front their campaigns. Sarah Ahmed, co-founder and chief creative officer of DL1961, provided an explanation: “After spending two years at home and being more reserved, the rebellious spirit of the ’90s has an allure.”

Reformation is growing slowly to ensure sustainability at every step. That’s according to CEO Hali Borenstein, who joined the Glossy Podcast this week. “It takes us a while to get into a category. If we wanted to just do it like anyone else, we could go quickly. But, given our sustainability principles, we really have to build a supply chain [from the] bottom-up.”

Join us for a Glossy+ member-exclusive event on April 28! Glossy editor-in-chief Jill Manoff will lead a podcast discussion with Erik Torstensson, co-founder and chief creative officer of Frame, live from Frame’s SoHo store. With 2022 marking Frame’s 10th year in business, Torstensson will discuss the brand’s evolution, including its product category and physical retail expansion strategies, and its increasing commitment to sustainability. He’ll also discuss his current investment projects and path to Frame, which included founding and selling a majority stake in multimedia fashion marketing agency Wednesday Agency Group. Torstensson will tackle questions from the audience following the podcast recording.

The podcast recording will start at 6:00 p.m. Contact us here to RSVP.