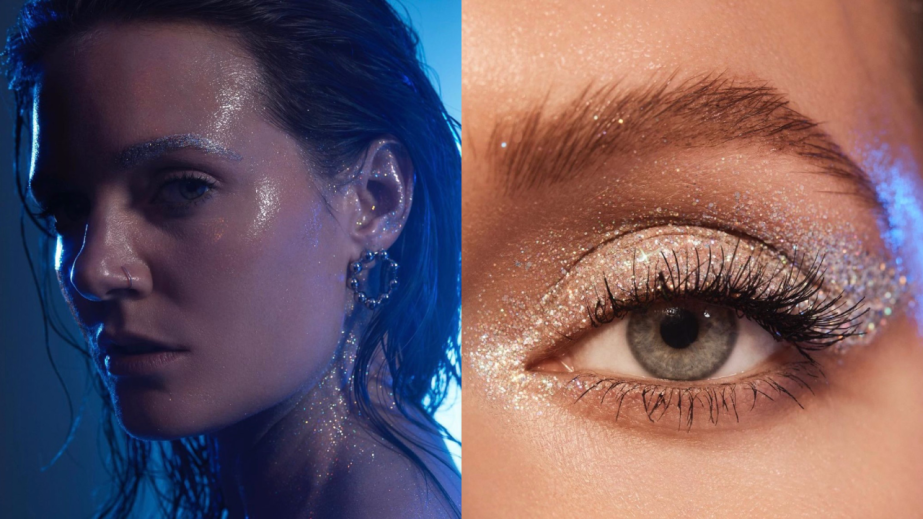 Pop star Tove Lo on matching makeup to her mood

While Swedish pop artist Tove Lo is adept at translating her emotions into music (her consecutive placements on the Billboard music charts speak to that), she has recently come to view makeup as a means of communication, as well.

“The connection between music and makeup, for me, has a lot to do with expression; I used to not view makeup as a way of expressing myself. It was to hide flaws,” said the “Habits” singer. “But then over the time, being an artist, I realized it’s just another way to enhance your personality and express yourself… You can literally do whatever you want to your face.”

Lo’s journey with makeup has manifested most recently into her Electric Mood makeup collection with E.l.f. Cosmetics. The collection features the Disco Glitz Brow and Eye Kit ($18, elfcosmetics.com), Hydrating Balm ($10), and Glassy Skin Balm ($8), which launched on July 1 on ElfCosmetics.com.

The sheer, coral lip balm and glass-skin inspired glow balm “plays into my music, which is pretty raw and [has] dirty lyrics and not as polished as a lot of other pop music,” she said. Meanwhile, the feather brows and holographic glitter are reminders of the electronic clubbing vibe central to Lo’s style.

The line, based on Lo’s “gritty, pretty, rock and roll” vibe, was co-created by Karol Rodriguez, the winner of E.l.f.’s Beautyscape competition,  a “micro-influencer incubator” for the beauty brand.

“When I go on stage, what I do is throw some glitter on and then I go out there. After a while, because I’m sweaty, that’s when [I] get that nice, dewy glow,” said Lo, who, despite not having performed since before Covid, is still releasing new music. “I haven’t been on stage for so long, [so] I’m just thriving on those memories [associated with performing in the glow balm].”

“Pressure,” her single with Martin Garrix, was released in February. “Cool Girl” (The Beautyscape Remix), one of three original remixes created for E.l.f, is set to release at an undetermined time.

“[I felt that] Cool Girl could be made into even more of a dance song. And that’s what it is, it’s for the club,” said Lo. “You put your Disco Glitz on and then you go and dance to this tune, and you’ll feel whole.”