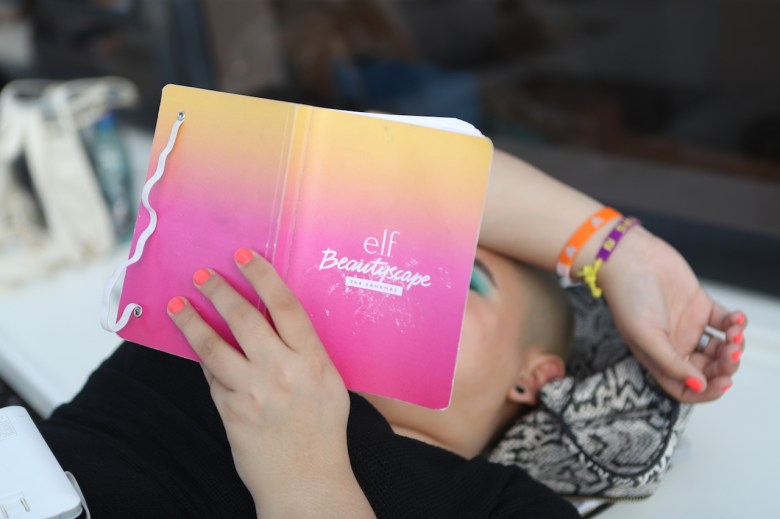 Is ‘incubating’ influencers the future?

This week, we explore the why behind “incubating” influencers.

When Kory Marchisotto arrived at E.l.f. Cosmetics in February as CMO, one of the initiatives that most surprised her was the beauty brand’s Beautyscape program. Designed as a micro-influencer incubator, Marchisotto had never heard of Beautyscape prior to her tenure at the company, much less that 2019 marked its fourth year in existence.

“When I arrived here and had been briefed, I found Beautyscape to be a unique and exceptional activation that I had never seen before,” said Marchisotto.

Thus, as a beauty veteran with 20 years of experience, Marchisotto set out to give Beautyscape a megaphone. In its fourth iteration, E.l.f. Cosmetics partnered with Bustle on a media partnership that swelled the number of entrants from about 600 last year to 1,400 in 2019. Twenty-five micro-influencers eventually attended the four-day-long Beautyscape in the Bahamas last week to hear speakers like Jen Atkin of Ouai and Cyndi Ramirez, founder and CEO of Chillhouse. The bill was footed entirely by the beauty company. E.l.f Cosmetics would not disclose its total investment in Beautyscape, but the company stated that its marketing and e-commerce spend was 6% of its total budget in 2018 and that will grow to around 14% in 2020 (Beautyscape is incorporated in that). Five influencers also won $10,000 apiece for being part of a winning team that will collaborate with E.l.f. on a capsule collection to be released in 2020. Fittingly, Target is the exclusive retailer for that product lineup.

E.l.f.’s larger than life play at incubating micro-influencers follows Sephora’s ambassador program, Sephora Squad, that kicked off in February. Sephora saw 16,000 plus applications and its own 24 influencers. And more of these programs are indeed coming to market: James Charles and YouTube announced that they too are looking for the next big beauty influencer in a competition series that will premiere on the digital channel in 2020.  Of course, the goal for all of these parties is to develop new relationships with emerging talent, but sidestepping the rising costs of influencer deals is an added benefit.

“I think these programs are coming up as a reaction to the transactional nature of some of these marketing activations. It’s gotten to the point where brands buy one post from an influencer and then they never work together again; that’s not very honest or about community,” said Fohr founder and CEO James Nord, who helped establish Sephora Squad.

However, this may not be a bad thing.

Micro-influencers with 50,000 or less followers are obviously less expensive than the Jeffree Stars of the world and make roughly between $200 and $500 an Instagram post. Opportunities like E.l.f.’s Beautyscape or Sephora’s Squad not only give them greater overall exposure and a stamp of legitimacy, but they also solve for a reoccurring revenue problem.

Sephora Squad has managed to do both; across its 24 Squad members, their overall reach of its micro-influencers has swelled to 1 million followers from approximately 250,000 in the spring, said Nord. Interestingly, two influencers from Sephora Squad, Erick Campos and Christina Vega, also happened to be part of Beautyscape, indicating their increased exposure.

“This wasn’t about flying influencers out to a beautiful trip, taking a bunch of pictures and then making content,” said Marchisotto. “We wanted to show that we are invested in these influencers and their careers.”

Incubating influencers early on has historically paid off for other brands. MAC Cosmetics was able to tap into Patrick Starrr’s budding fame — he previously served as a MAC makeup artist — before aligning on a five-collection collaboration in 2017. And emerging brands like Anastasia Beverly Hills and Jen Atkin’s Ouai have routinely highlighted newer influencers as a way to pay it forward. Nord, meanwhile, worked with Sephora to create Sephora Squad, following the agency’s own trial experiment dubbed Freshman Class that debuted in November 2018. During that project, Fohr invested $25,000 to engage with up-and-coming influencers. The company flew the group to New York and created seminar opportunities to teach them about the ever-changing influencer business.

The rationale? 79% of influencers in the market are micro-influencers, per Tribe Dynamics data, and they are all well connected to one other. If a beauty brand re-grams one of them, other influencers see that and then become more likely to talk about the same company. A good example of this is how Il Makiage organically began interacting with lovers of its brand. Il Makiage saw a 540% year-over-year change in EMV based on working with 620 influencers (this was a 191% influencer change year-on year).

E.l.f Cosmetics would not disclose its total investment in Beautyscape, but the company stated that its marketing and e-commerce spend was 6% of its total budget in 2018 and that will grow to around 14% in 2020 — Beautyscape is incorporated in that. Bustle, for its part, explained its partnership with E.l.f. Cosmetics was not a traditional advertisement deal at all and also served as PR for the digital property. Jason Wagenheim, chief revenue officer at Bustle Digital Group said that it spent in the “high five figures” to work on Beautyscape, including sending a film crew out to document the activities for an episodic series that kicks off on Nov. 21 on the media company’s digital channels.

Clearly, the bet for E.l.f., Bustle and Target is larger than a one and done deal, and indicates a change in the larger beauty market.

“We’re all getting smarter. Instead of competing with each other, we are trying to bring partners together under the same program umbrella,” said Wagenheim. “We’re not siloed by doing an E.l.f. and Bustle campaign for Jelly Pop [the brand’s watermelon-infused beauty collection] over here, while influencers are doing something totally different and then Target has other stuff in stores.”

Sephora Squad was also instrumental in this way because its micro-influencers participated at Sephoria, the retailer’s festival concept, and were part of Sephora Accelerate, its incubator program for emerging beauty brands.

Beyond the familial aspect, micro-influencers are also better at organically talking about the same beauty brand repeatedly.

“We know brands need to get in front of consumers many times and it’s very expensive to do that with macro-influencers, so there is a strategic play here because essentially micro-influencers retarget for you,” said Fohr.

But Atkin, who spoke at Beautyscape, thinks something else is at play.

“People love watching real people win and succeed, it started with ‘American Idol’ and ‘The Voice’, and now it’s playing out in real-time on Instagram,” she said. “That it’s happening in beauty in a bigger way was bound to happen.”