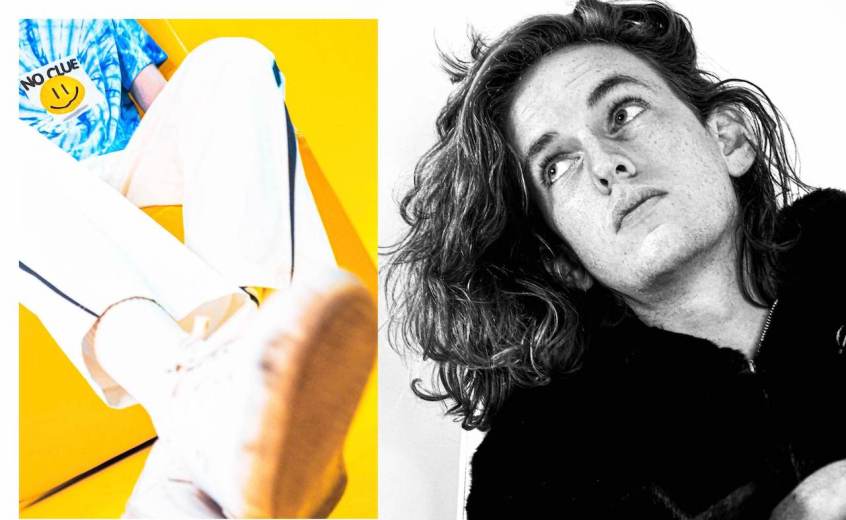 This week, I look at how men are discovering grooming products.

When Nick Bunn described the linchpin product that he and his co-founder Annelise Hillmann created to kick off their Gen-Z grooming brand, Frontman, I immediately asked if whether male friends “got” it. The reason: Frontman’s hero product, called Fade, borders on makeup — it’s a medicated, concealer-like cream with salicylic acid to fight acne. Bunn and Hillmann began working on Frontman in 2018 while undergraduate students at Harvard. Bunn graduated in 2019, while Hillman graduated the following year.

“When we were kicking around this idea, one of my roommates was like, ‘I would never wear makeup.’ But graduation came around, and he had a huge zit on his face. He was like, ‘Uh, sorry, can I have some of that makeup you’re making?'” said Bunn. Not only did Frontman’s Fade cover up the roommate’s pimple, but it treated it. In essence, he got instant gratification and clear skin in one, said Bunn. Frontman publicly launched last month via its e-commerce site. Hillmann hopes Fade will be like Fenty Beauty for men when dealing with acne. Currently, Fade comes in four shades, and more are set to debut this summer.

Frontman is redefining what a grooming product is. According to Hillmann and Bunn, the future of grooming is not in a razor or deodorant. This is where much of the innovation in the men’s market has come from, though, thanks to Harry’s, Dollar Shave Club and Native. Frontman is also betting that Gen-Z teens and men are shopping like young women. Along with some millennials, they’re researching online and turning to social platforms and influencers for discovery, versus relying on their moms, girlfriends or wives to help them find and shop for grooming products.

“We think of male grooming as a curve of progressiveness. Some guys are borrowing from their moms and girlfriends, and at the end of the spectrum, there are guys who are walking into Sephora or Ulta. We’re about serving the mainstream guy, who wants to and is willing to experiment,” said Bunn. Since debuting in January, the brand has spent the vast majority of its marketing budget on paid social strategies and gifting to smaller TikTok influencers including Stephen Antonini and Neikko Burrell.

Emily Gerstell, associate partner at McKinsey & Company, said that brands should be getting more excited about the younger male shopper. “Women are more likely to shop at one-stop shops because the burden of the family falls on her, which is why you have seen big, mass retailers thrive during Covid. When men are shopping, they are more inclined to be shopping for themselves, so you have a motivated shopper, who is more likely buying at full price,” she said.

Gerstell pointed to McKinsey & Company consumer research, which found that men have been less affected by Covid-19 than women from an employment and economic standpoint, which underscores this.

Men also appear to have a higher threshold for participating in beauty. “It’s more of a choice to enter versus de rigueur, so if they are participating, they’re expecting a clean and natural standard, and efficacy,” said Gerstell. McKinsey & Company found that 35% of male shoppers versus 65% of female shoppers prioritize price when buying beauty or grooming products. However, 45% of male consumers, compared to 55% of female consumers, value clean and natural positioning, as well as a premium feel.

Even legacy men’s players understand that Gen Z’s path to purchase is different than that of male Boomers or Gen X. For 2021, Axe revamped its marketing with new visuals and messaging, as the brand is largely a recruitment brand for young men about to dabble in grooming, said Mark Lodwick, Axe brand director. It also updated its products. “As trends change and as preferences change, we have to constantly evolve. Fragrance is the heart of the grooming category for a lot of young guys, so we dialed up the freshness and the hygiene benefits of Axe [products],” he said

Additionally, the brand is showing up for the first time on newer platforms like TikTok and Twitch. “Marketing can’t be a one-size-fits-all approach anymore, if you are talking to different guys,” said Lodwick. “With Twitch, we are curating that gaming audience and talking to them in an authentic way. Gen Z won’t respond to you if you aren’t respecting and valuing their opinion. Our new campaign is about speaking directly to guys. It highlights humor, music, diversity and colors, to get him excited.”

Frontman, too, is focused on taking a direct approach to marketing. In the “Acne Guide” content section of its its website, it reads: “Ever been overwhelmed by WebMD when searching acne tips? Yeah same. So we put all the essential info here to save you some time. More questions? Text us: (213) 214-1242.” What follows are articles, complete with reading time, with headlines like “What causes acne,” “What should I do to take care of my skin,” and “How do I get rid of acne fast?”

The brand is in the midst of talking to VC funds, in the hopes of raising a $2 million seed funding round. Pre-seed, it raised $150,000 in capital from Stila founder Jeanine Lobell and Recharge Capital, among others, in an attempt to capture the growing men’s market. According to data from Million Insights, the men’s grooming market is projected to reach nearly $79 billion by 2025, with skin care and hair fueling its growth.

Hillmann acknowledged that beauty marketers haven’t quite nailed down the male consumer, much less one that’s between the ages of 14 and 24. “A lot of bigger companies really don’t know how to reach this market, so we knew we could be of service to guys our age,” she said. “Growing up, a girl and guy have such different experiences when it came to skin care, cosmetics, and grooming. I had a lot more freedom to explore from a young age, Nick didn’t. But brand discovery is really hot right now for guys.”

Yes To hits the reset button.

Amorepacific and Shopee ink a deal to spur K-Beauty in Southeast Asia.

What does wellness mean for men?