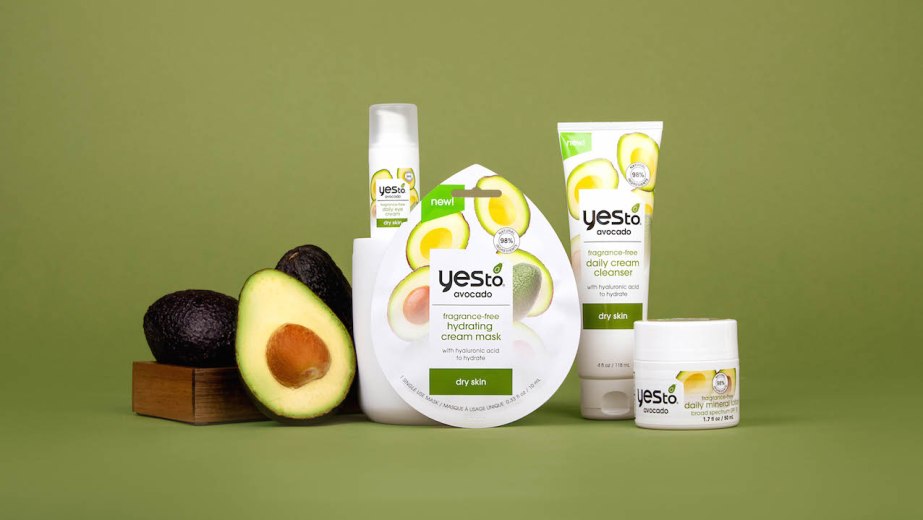 Yes To, the mass brand sold at Target and Walmart, is revamping its business after years of expanding product lines and focusing on trendy ingredients.

Maggie Carey, who joined Yes To as CEO in Dec. 2019, said the company’s priority in 2021 is to reaffirm its position as the No. 2 brand in the natural mass category behind Burt’s Bees — this is based on sales from data and market research company IRI. To do this, Yes To has reduced its product portfolio from nine skin-care lines and nearly 180 products to five lines with 80 products. It’s also invested in paid advertising and emphasizing its role as a natural brand based on fruit and vegetables.

Carey declined to state 2020 revenue, but said the brand expects double-digit growth in 2021 with its revised business plans in place. The 16-year-old brand has been owned by private equity firm San Francisco Equity Partners since 2008. Yes To also has a global presence in countries including Canada and the U.K.

This is a reversal of sorts from Yes To’s strategy to reach millennials, which was launched in 2015 by then-CEO Ingrid Jackel. At the time, the company minimized its horticultural ties to focus on other ingredients. But now, with its five collections focused on tomatoes, grapefruit, watermelon, cucumber and avocado, Yes To is hoping to renew its fruit and veggies branding.

“Our goal is to get back to being a brand known for straightforward fruit- and veggie-based products that are widely accessible and affordable,” said Carey.

The mass beauty space is going through fundamental transitions across various retailers. Target and Kohl’s have partnered with Ulta and Sephora, respectively, on shop-in-shop retail hubs. At the same time, Target has also cultivated itself as a space for direct-to-consumer brands to make their offline debut. With clean and natural beauty serving as tablestakes for the beauty industry, brands like Yes To have to supercharge their efforts to stand out among buzzier new brands.

“It was pretty clear [to the board] that we had gone too far, we’d gotten away from what consumers and our retailers wanted, which is a well-balanced, regime-driven natural line [of products],” said Scott Potter, managing partner of San Francisco Equity Partners.

To streamline the product portfolio, Yes To also redid its packaging. It kept the original color schemes such as red for tomatoes and green for cucumbers, but it added more fruit and vegetable imagery. It also added text calling out the recommended skin type (such as sensitive skin, for the cucumber line) and key ingredients. In addition, it enlarged its symbols to indicate it is a natural product. Nearly 75% of the new packages will appear on store shelves by end of March. With the reduction in products, Yes To is shifting its store shelf assortment; it was previously 70% masks and is now 40% masks.

Yes To’s path to success has not entirely been smooth sailing. The Food and Drug Administration announced a recall of Yes To’s Grapefruit Vitamin C Glow-Boosting Unicorn Paper Mask in Jan. 2020 following consumer complaints of skin irritation. In Feb. 2021, Yes To settled a class-action lawsuit for $750,000.

In an emailed statement, Yes To said: “Yes To is committed to delivering products of the highest quality, and we deeply regret that this mask has affected some of our customers. The company took swift actions, including pulling the product from shelves and removing it from the market, reflecting that the safety and satisfaction of our customers are our #1 priority.”

At the end of 2020, Yes To started engaging in paid media again, after only engaging in public relations and influencer marketing for several years. In December, the brand used influencers and email marketing to reintroduce its revised portfolio and packaging. Carey declined to provide exact marketing investment figures but said that Yes To’s 2021 investment increased by 70% compared to 2020. Yes To launched a new website in January that allows customers to purchase products from the brand’s retail partners, which it did not offer before. Carey said this allows the company to get a “robust data set” on conversion and customer paths to purchase, which could serve as a basis for a DTC offering at an undetermined date.

“We’re taking this strategy, and we’re building it out in our other major markets, as well. The response we’ve gotten [so far] in Canada and the U.K. has been similarly strong,” said Carey.