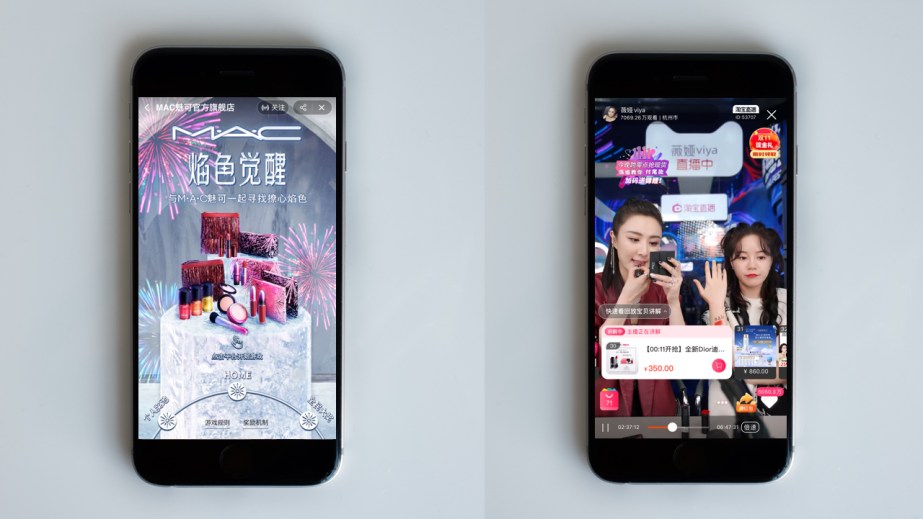 How beauty brands ramped up digital efforts for China’s 11.11

With China’s largest e-commerce shopping extravaganza approaching, beauty brands have gone all-in on digital in an economy on the rebound.

Beauty has been a leading sales category this year for Tmall’s 11.11, also known as Singles’ Day. According to Alibaba, beauty products generated over RMB10 billion (roughly $1.5 billion) in gross merchandise volume (GMV) in the first 40 minutes of the early sales period of November 1-3, surpassing 150% year-over-year sales growth in an hour. Estée Lauder was the first brand across all categories to surpass RMB1 billion (about $151 million) for November 1. Beauty brands including L’Oréal Paris and Lancôme were among those that that earned over RMB100 million ($15 million) in GMV in the first 111 minutes of the same period; a second round of sales will follow for November 11 itself.

For brands, the key to unlocking success was investing heavily in elaborate digital marketing campaigns across China’s many social media platforms, including Tmall’s own extensive built-in social features.

MAC Cosmetics, for example, launched two special-edition product collections for 11.11, including one with Chinese activewear brand Li-Ning, and is marketing across China’s top social platforms including Weibo, WeChat, Douyin (China’s TikTok), Red, and short video and live-streaming app Kuaishou. Although official results have not yet been released, the brand was listed as the fifth highest-selling cosmetics brand on Tmall for the Nov 1-3 sales period by market research firm Ebrun.

“Where we are seeing the recovery take place in the most rapid way is definitely on e-commerce through Tmall, where our business is growing in a quite healthy way,” said James Aquilina, the global svp of international and commercial for MAC Cosmetics. He cited live-streaming as a key sales channel this year.

“We built a live-streaming funnel that has many different touchpoints and is filtering the e-commerce potential during this key moment,” he said, noting that the brand is conducting livestreams across social platforms including Tmall, Red and Kuaishou. While livestream commerce is only nascent in the U.S., it is estimated to be a $129 billion market in China with sophisticated shopping features not only on Tmall, but many other top platforms as well.

Celebrity content remains crucial for brands’ success, with top brands using some of China’s top pop stars as the face of their campaigns across social platforms. MAC Cosmetics benefited from the massive popularity of its newly announced brand ambassador, Lisa from the K-pop band Blackpink.

While the list of the top-selling beauty brands on 11.11 is dominated by the L’Oréal Group and Estée Lauder portfolios, C-beauty indies are also on the rise. According to Ebrun’s rankings of the initial sales period, Chinese beauty startups Perfect Diary and Florasis were ranked first and second in cosmetics sales, respectively. Alibaba has not yet revealed its official rankings.

Perfect Diary is a beauty tech unicorn funded by VC firms including Sequoia China whose parent company Guangzhou Yatsen E-commerce Co. earned RMB3.03 billion (about $458 million) in income in 2019. In late October, the company filed for a U.S. IPO and acquired French premium skin-care brand Galenic. For the first three quarters of 2020, it reported a RMB 500 million (US $75 million) adjusted net loss due to expansion and investment in marketing and R&D.

“With the evolution of social platforms in China, you really have to buckle your seatbelt because it’s evolving so quickly,” said Aquilina. “There are new platforms emerging, and the platforms learn from one another and even adapt their algorithms very quickly. A great example of this is the evolution of TikTok [Douyin], which has been really critical for us.”

Kuaishou, a TikTok competitor, for example, was previously seen as too mass-market for premium brands, but has attracted MAC due to the evolution of its live-streaming platform with integrated shopping. MAC launched on the platform just ahead of the 11.11 festival.

Red, meanwhile, remains a crucial social shopping platform for brands. “We see the Chinese consumer looking to Red as a place of truth, because of the way content is created by consumers,” said Aquilina. MAC checks Red reviews to “judge our brand health” in China.

“For us, from a social platform perspective, it’s a combination of, ‘How do we leverage existing platforms like Weibo and  Tmall — e-commerce giants that are going to remain important — but [also] continually test, ideate and evolve with these new social platforms that are being created?”

The elaborate campaigns that brands undertake for their 11.11 promotions are “years in the making,” said Aquilina, who noted that the brand is already planning merchandising for future 11.11 events going into 2023.