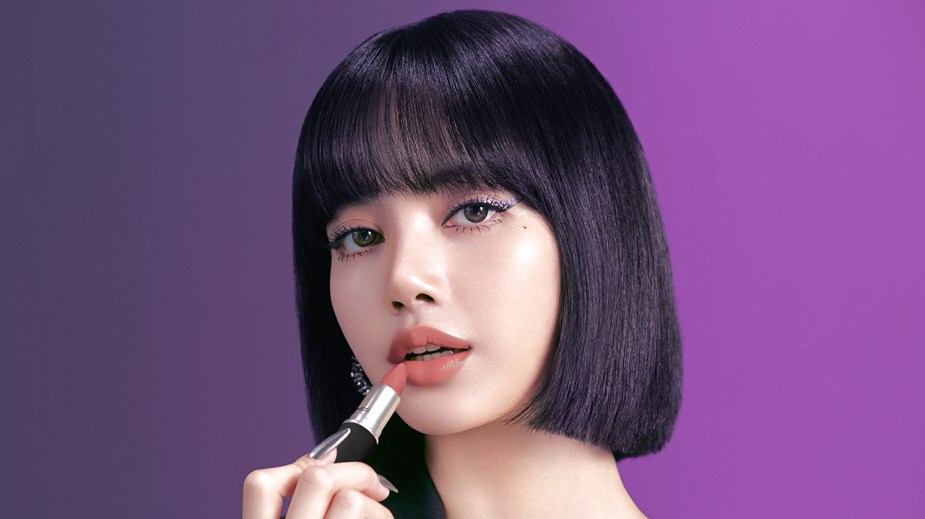 As a global sensation, K-pop girl band Blackpink has captured the attention of both the fashion and beauty worlds.

MAC Cosmetics announced Blackpink member Lalisa Manobal, known widely under her mononym Lisa, as its global brand ambassador last week. The announcement was one of the brand’s highest-performing posts of the year across social channels, generating over 10 million impressions across its global Instagram, Facebook and Twitter accounts. In addition to serving as a face of the brand, Manobal will be working with MAC on upcoming “innovation products,” according to MAC.

“It’s been absolutely explosive,” said MAC Cosmetics global creative director Drew Elliott, on the social media buzz generated by the announcement. “K-pop has a fandom that has never been seen before,” he said. “Fans are really engaged with specific members of all of these different groups. Everyone has their own style, and they have their own piece that they bring to all of the groups that they’re in.”

The highest-charting female Korean act on the Billboard Hot 100, Blackpink has skyrocketed to fame globally after its initial ascent in South Korea. The four-member group performed at Coachella in 2019, and is featured in a newly released Netflix documentary called “Blackpink: Light up the Sky.” The girl group currently holds multiple records for views on YouTube, including the one for the most-viewed video on YouTube in a 24-hour period.

Blackpink has been on my radar for a long time,” said Elliott. “When they announced that they were going to be at Coachella, that’s when the world kind of realized, ‘Wow, this is big.’”

The intense devotion of K-pop fans and their ability to organize online has long been apparent in Asia, but has gained more attention in the U.S., thanks to their involvement in online political activism this year. Fans of Blackpink (who call themselves Blinks) and BTS (the BTS ARMY, aka the BTS “Adorable Representative M.C. for Youth”) are especially prominent in the U.S. and have helped their favorite groups top the U.S. charts with organized social campaigns.

“The fans — like the BTS ARMY or the Blinks — come together as this incredible unit or army that just pushes these idols forward to another level,” said Kyu C. Lee, the CEO of Kino33 Entertainment. He pioneered the globalization of K-pop as the producer who introduced “Gangnam Style” to the U.S. “They’re so dedicated, and they support the artists that they love. [So] they’ll make a flight out to Korea to attend a concert, or they’ll just fly to Korea just to transfer a gift,” meaning they buy gifts for their favorite K-pop stars and track down representatives for the groups so they can deliver them.

Fans’ dedication can boost sales for brands, as the groups will organize online to purchase products endorsed by their favorite artists.

K-pop has especially been expanding to a wider international market as it remains effectively banned in China over a geopolitical dispute between China and South Korea.

“China is a huge market and very important to us in the future. But at the end of the day, the U.S. market is still the main stage,” said Lee.

Blackpink members have already been heavily in demand for international luxury brands — Lisa was named the global brand ambassador for the fashion house Celine in September and for Bulgari in July. Her bandmate Rosé (full name Roseanne Park) is the global face of Saint Laurent, while Jennie Kim (who also goes by her first name) is the global ambassador for Chanel. Jisoo (Kim Ji-soo), meanwhile, is the face of Dior in South Korea. Other luxury brands have also enlisted K-pop stars as global brand ambassadors, including EXO’s Kai for Gucci and G-Dragon for Chanel.

While working with local celebrities has long been a strategy for brands in Asia, more global beauty brands such as Revlon are following in the footsteps of fashion by adding K-pop stars as their global brand ambassadors rather than regional- or country-specific ones. MAC Cosmetics also works with Lay Zhang, a member of K-pop boy band EXO. After serving as the brand’s China and then Asia-Pacific spokesperson over the last three years, he was named the brand’s global ambassador in July.

“What MAC is always looking to do is be right there where a global pop culture moment is is happening,” said Elliott. “This resonates with fans in Korea, but also across across the world.”