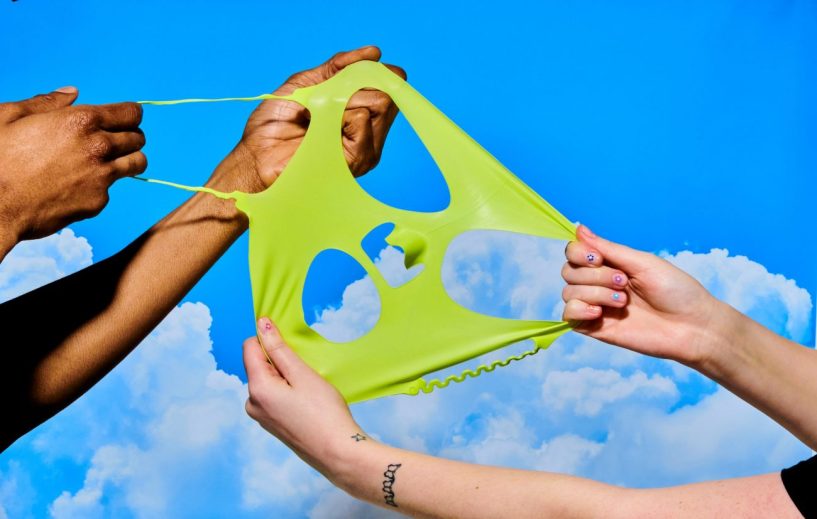 Glossy Pop Newsletter: Experiment presents a vision for the future of the Gen-Z brand

In the past couple of years, in tandem with the rise of TikTok, we watched the rise of the “Gen-Z brand.”

At the forefront of defining the Gen-Z brand is Experiment, a beauty brand that soft-launched in November 2020 and made its official debut [nearly two years later] on Thursday. The brand launched, and then re-launched, with just one product: an endlessly reusable, slime green silicone sheet mask, cheekily named Avant Guard.

The brand has just raised $1 million, which it exclusively announced to Glossy. The primary investors are Lakehouse Ventures and Divergent Capital. Press Reset Ventures, founded by Liah Yoo who is also the founder of Krave Beauty, and Michael Preysman, founder and former CEO of Everlane, also invested.

Back in 2020, co-founders Lisa Guerrera and Emmy Ketcham created Experiment as a side hustle. Guerrera was head of brand at Apostrophe, while Ketcham was a senior chemist of formula development at Benefit. The two spent about $8,500 of their own money to get the first run of Avant Guard off the ground.

The scrappy launch was aided by Guerrera’s TikTok presence. She had about 50,000 followers at the time, and today, she has over 63,000. “I posted a launch video the day we did the soft launch. It got 40,000 views. We got a ton of traffic from that video alone,” Guerrera said. “I was just describing the process of creating the product, what it is and what it does. I enlisted a lot of my TikTok friends to help, including Alexa Johnson, aka @glowopedia on TikTok, and Roger Ma, aka @Rogerwh0 on TikTok and a bunch of other people who had blown up on TikTok during the pandemic.”

Another huge boon was that Experiment launched with a cross-promotional collaboration with fellow “Gen-Z” brand Topicals. It sold Avant Guard with Topicals’ “Like Butter” mask on Experiment’s website. Fifty of the sets sold out in 10 hours. Avant Guard was “instantly recognizable,” thanks to its signature green hue, Guerrera said. That led to influencers like James Welsh (1.1 million YouTube subscribers) organically purchasing the product.

Experiment is not the first brand to launch a silicone sheet mask. Jessica Alba’s Honest Beauty launched its own reusable sheet mask four days before Experiment’s soft launch in 2020. Guerrera and Ketcham emphasized that, for most brands, the product is generally positioned almost like merch. But they view it as a true essential. “It really unlocks the ability for anyone, whether you were a sheet mask user before or not, to enhance the efficacy of the skin care you already own,” said Ketcham.

Since the release of Avant Guard’s initial iteration, the founders said they’ve leveraged over 200 pieces of customer feedback to further customize the patent-pending design. “We have people in our comments saying, ‘I’ve been on the waitlist for a year. I can’t wait for this product to drop.’ It’s crazy how long we’ve sustained people’s attention on this product. It really speaks to the fact that this is different than the other sheet mask merch-y items that have come out. This [product] inspires a level of excitement the other ones don’t. It’s just the vibe,” Guerrera said.

Though Avant Guard is just the beginning for Experiment, it speaks to the way the brand attracts its primarily Gen-Z audience. First and foremost, sustainability is baked into the product itself. To that end, the brand partnered with Bluebird, a software platform allowing brands to verify their sustainability claims. Through Bluebird, Experiment can make the claim that consumers who use Avant Guard create “93% less carbon emissions and 90% less waste” with each use, compared to those using single-use sheet masks.

The brand is also inclusive in its sizing. While you may have never considered face size inclusivity, it is, in fact, a thing. Experiment offers Avant Guard in sizes “small head” and “big head.”

“We tried to stay away from small and large language because we felt like that language was actually quite charged in a weird way,” Guerrera said. “We surveyed our consumers asking if they wanted a single size, as opposed to two sizes, and they wanted more sizing. A lot of people love the fact that we are a size-inclusive sheet mask brand. So we decided to take away any weird, charged language. And people love the small head-big [head] dichotomy. Anyone can have a big head.”

Ahead of its official launch, Experiment sent a mailer to a host of influencers and press. The mailer included both sizes of Avant Guard and a lab sample of a forthcoming product, a “first of its kind” hydrating serum set to launch this summer. Experiment conducted clinical studies on the use of the serum in tandem with Avant Guard and found that “skin hydration increased by 44% when [also] wearing the mask for 30 minutes, versus using the serum alone.” 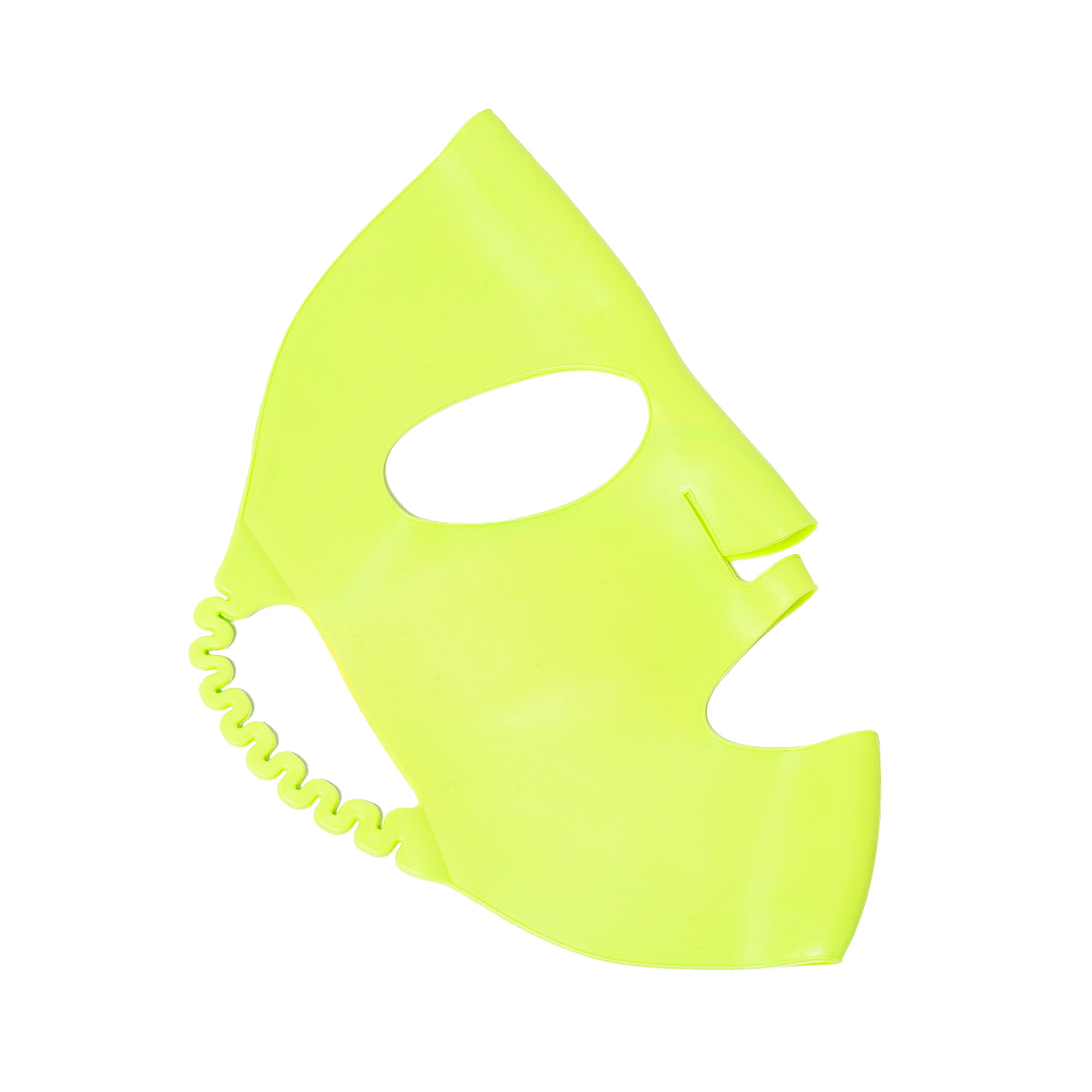 The brand has not yet spent money on paid ads or marketing. Welsh already posted a review, in which he speaks to the interest his followers have shown in the mask. He has been a fan since the original version, and calls the product “one of my favorite skincare products, or tools of all time is the Avant Guard reusable face mask by experiment,” later saying, “The last one was absolutely amazing. They’ve just seemed to improve something I didn’t know needed improving.”

“It’s probably everything we could have ever asked for. And it’s completely organic. All we did was give him the product. He was free to do with it whatever he wanted. It’s great to hear that he noticed the changes we made and was so excited about the small little things we did,” Guerrera said.

Guerrera and Ketcham have spent innumerable hours over the past two years thinking about the brand they are building and how they plan to differentiate it in a crowded market. In addition to sustainability, Guerrera said one of the most important pillars of the brand is its mission to “rebrand science” to be “cool, accessible, fun, absurd and sustainable.”

“Science doesn’t have to be black-and-white dropper bottles, lab coats and very serious,” she said. “Science can be colorful, weird and exciting. Our end goal is to rewrite what science looks and feels like in the beauty industry.”

Brands like The Ordinary, The Inkey List and Paula’s Choice represented a sort of science-minded brand “1.0” for Guerrera and Ketcham. “They educate consumers, and that’s awesome. But they fall short in every other category. They don’t talk about sustainability and they all have kind of the same aesthetic going on: color-blocked, black and white, very simple. And they don’t try to stretch into color or fun; it’s very serious,” Guerrera said. “They’re [also] very formulation heavy. But we really see a future where consumers want more than that. They want their products to work, first and foremost. They want to align with [brands], mission-wise, and they want to align with them aesthetically. They [also] want to feel like those brands are doing what they can to help the planet.”

Like millennial pink before it, slime green won’t stay relevant forever. When asked about this, Guerrera said, “These are the questions that keep me up at night.”

Comparing her brand to the millennial brands that came before it, like Glossier, she added, “[They] built these brand walls that were so stiff, rigid and tall, and so perfect, that they made themselves obsolete. What makes Experiment different is right in the name. We have given ourselves the bandwidth to experiment and to evolve with the internet and evolve with our consumer. Our lime-green color is our standout color right now. But, we will be diversifying that over time with new Avant Guard colors and new product drops that expand our color palette. We won’t just stay in the lime-green box. If we own that color, and evolve with it and take it into the future with us, we won’t get left behind.”

“Not indexing too hard on one of these singular micro trends [like ‘coconut girl’ or ‘coastal grandma’] is probably a good starting point. But rather, [you should] focus on important fundamental values. What we’re seeing over and over again is focusing on transparency and having a clear set of principles, whether it’s around sustainability or ethical labor practices or sourcing. A brand needs to have those fundamental values and stick to them — then they can adjust their marketing and visual personality to better align with what’s happening in real-time”

Collab of the week

Batsheva Haart, influencer and star of “My Unorthodox Life,” has collaborated with The Clear Cut, the direct-to-consumer jewelry company making diamonds a thing Gen Zers purchase. Her collection includes seven pieces, each named for one of the strong, independent women in Batsheva’s life. (She also named one after herself, which is kind of badass.) We’re coveting the Mikki Chain Necklace ($2,150) named for Haart’s best friend.

Launches of the week

Since former Calvin Klein creative director Francisco Costa entered the beauty industry with Costa Brazil in 2018, fans have fallen in love with the scent of breu, a natural resin that grows in the jungles of Brazil. Now, the brand has translated that intoxicating signature scent into a refillable perfume, available for $198. 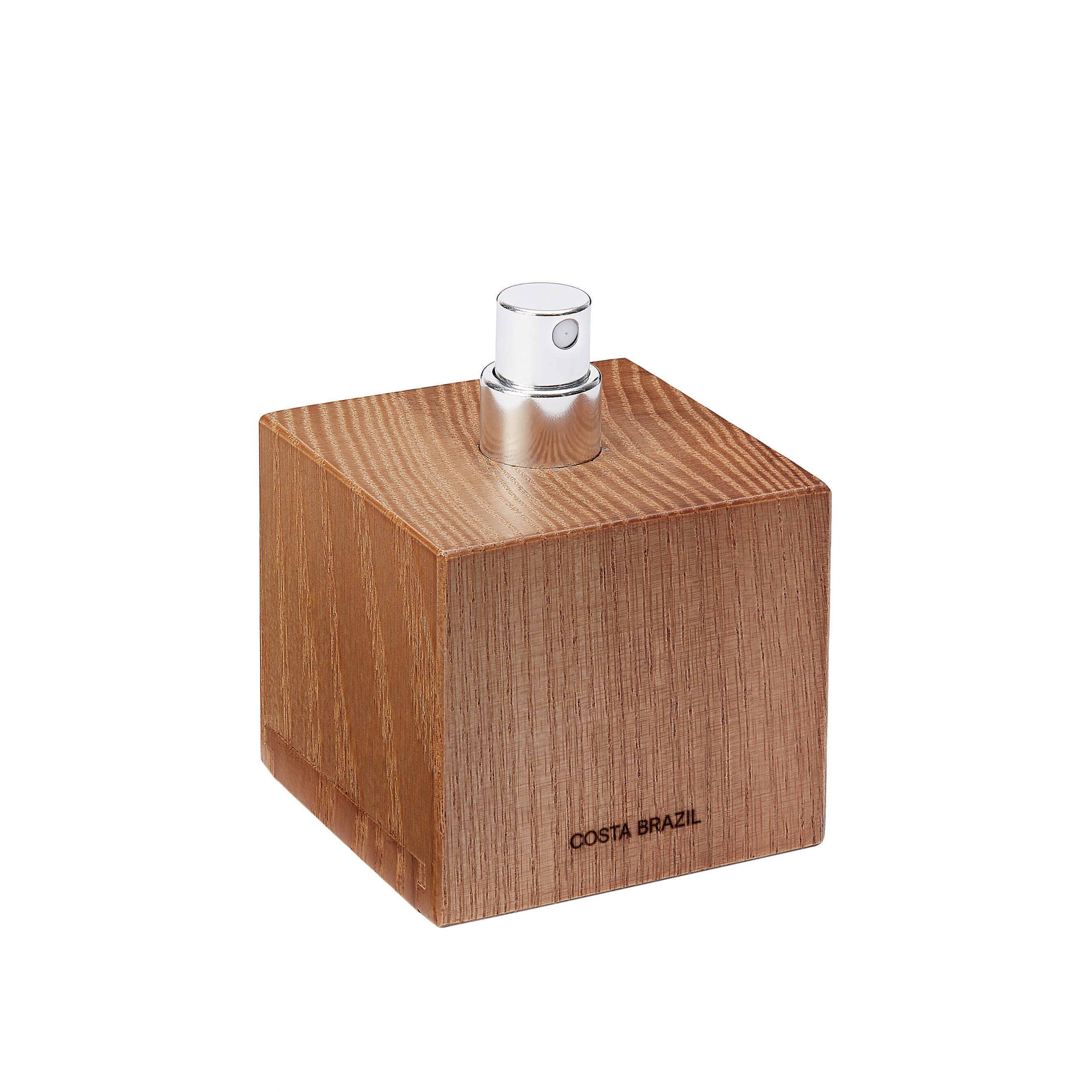 In time for 4/20 on Wednesday, Shay Mitchell’s luggage brand, Beis, released a new collection, “The High Line,” made out of 55% hemp and featuring punny names like “The Toke Tote” and “The High-brid Backpack.” Shop it here.