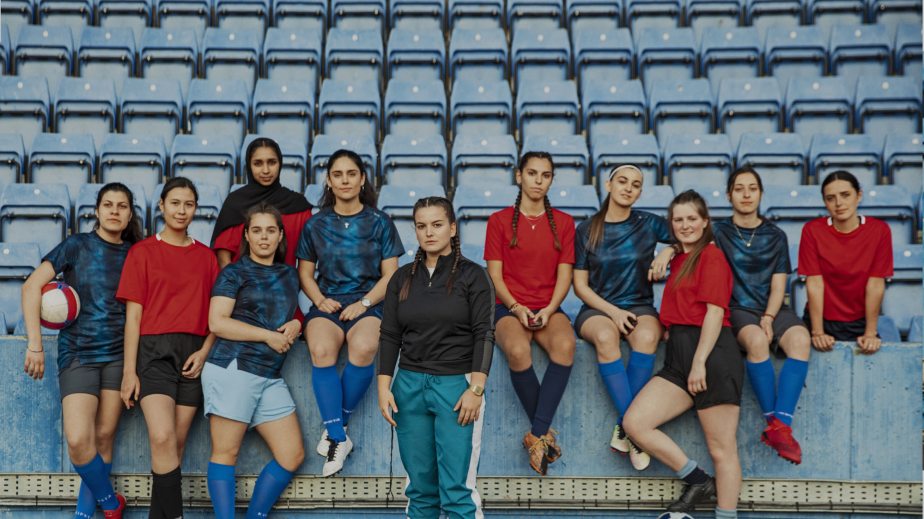 How marketers on Twitter can translate engagement into influence

From beauty and gaming to TV fandom and women in sports, people on Twitter ignite the conversations that shape what’s happening.

They’re trend starters who overflow with creativity and role breakers who change the way we see things. They’re fans whose love of the game is so powerful, it shapes how we experience it. They’re trailblazers who are changing the status quo for the next generation. They’re people like Nancy Baker, who’s leading a movement about gender equality in soccer and challenging tired stereotypes about ‎women in sports.

As a development coach for the sport, Nancy volunteers her time coaching teens in London and around the world. She’s using her voice to get more girls out on the pitch, playing and cheering each other on, challenging the idea that women can’t fill stadiums.

The fact I’m sat watching a programme that is entirely around the @Lionesses is surreal.

This makes me so so proud to follow and support the girls! I honestly love this game!

Take Salem Mitchell, who faced criticism for posting pictures of her nontraditional beauty. She didn’t get mad; she clapped back on Twitter with a picture of herself holding a bruised banana with similar looking freckles. People on Twitter went nuts for her banana freckles and her bold stand. They told her she was “stunning” and gave her science-y compliments: “Bananas with freckles also happen to be the most nutritious,” wrote one fan.

people making fun of my banana freckles turned into a modeling career, thanks if you've ever said anything good or bad it worked in my favor pic.twitter.com/N1z2BdaXWG

Beauty advocates like Salem ignited a conversation that helped change how we think about beauty, ourselves, and the world. That exchange attracted the attention of fashion magazines and modeling agencies.

And this level of engagement translates into influence — with conversations blowing up on Twitter in the form of memes, movements, and hashtags around anything new and newsworthy. This influence defines what people are talking about. In fact, two-thirds of people on Twitter influence purchases of friends and family.1 And people on Twitter are 15 percent more likely to regularly inform friends and family about new products and services than non-Twitter users.2

When they’re on Twitter, they’re different
Twitter is where people are hungry to discover something new. They seek out cultural moments, experience them together, and share them with each other. When the first image ever of a black hole dropped, it was one of the most awe-inspiring cultural moments of our time. Its significance was elevated, largely because of Twitter.

Black holes are the most fearsome forces in the universe, but they existed only in physicists’ equations and our imaginations. No one knew what a black hole looked like. Yet on Twitter, it took only moments for one of the greatest scientific breakthroughs to spread around the globe like wildfire and the Twitterverse reacted in real time.

And also those who saw everything from Firefox logos to the pupil of Sauron.

Did they find a #BlackHole or the Eye of Sauron? pic.twitter.com/M2w0pb6BmO

In a matter of hours, the images sparked thousands of memes, and brands jumped in too, using the black hole as a cheeky sales tactic for doughnuts, tech companies, and upcoming sci-fi movies.

And audiences on Twitter were all in, because they come to Twitter in a different mindset — seeking out the cultural moments and sharing them with others. That means they’re not only more willing to hear from brands, they’re more likely to remember what they hear. People spend 26 percent more time viewing ads on Twitter compared to ads on other leading social media platforms, and those ads are 31 percent more emotionally stimulating as well.3