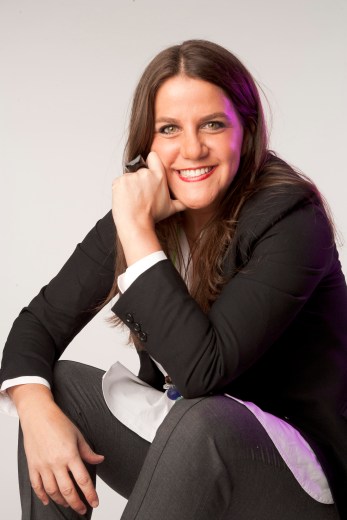 Rachel Shechtman, the founder of the concept store Story in Chelsea, isn’t tossing and turning worrying about the collapse of physical retail.

“It’s of course important to us that people come in and buy something, but we’re in a place where we don’t need to look at sales per square foot every quarter. That’s not how we live or die,” said Shechtman. “Our audience is a Venn diagram, and the consumer is just one piece of that.”

Story changes its inventory and physical layout every few weeks, and each new remodel is based around a theme. Right now, it’s “home for the holidays.” Every theme has a sponsor, typically a big-name brand that’s trying to figure out how to connect with customers looking for more — pas sponsors include NBC, Target, HP and Nickelodeon. The merchandise carried by Story is usually sourced from small businesses who get in front of both potential customers or other retailers that are looking for new merchandise. According to Shechtman, 15 percent of foot traffic is from B2B companies.

Shechtman joined the Glossy Podcast to share more about how Story operates, how new retailers are (or aren’t) reinventing the wheel, and how department stores are faring in the new landscape.

On reinventing the retail wheel
Digitally native brands like Everlane and Allbirds are entering in-store retail, a concession that the model isn’t dead. These brands are in a unique position to pull off a more efficient, carefully planned store network than predecessors, but that doesn’t mean they’re guaranteed to succeed.

“You have to stay true to your brand, so it makes sense a store like Everlane would lead with merchandise,” said Shechtman. “Innovation comes when you consider both how the digital native brand has evolved and what the brand was built on. I think the store can be reinvented, but I don’t think in every case, in every category, it should.There are so many what ifs still, and I’m not completely sold on having a zillion screens in a retail environment unless it’s additive. Most often it’s not.”

On the fate of department stores
Department stores are often looked at as dinosaurs, remnants of retail’s prehistoric past that aren’t fit to survive in a new consumer world. Part of that is on how the companies have failed to change how they do business internally, but part of that is because the odds are stacked against them.

“These are most often public companies. And so you’re asking a hundred-year-old model to change, and you have Wall Street investors that have not changed, and so there you have the dilemma. There are Wall Street handcuffs,” she said. “To make the changes that would be needed to create value, these are not ones that are going to happen in the quarter or help comps immediately.”

On the retail apocalypse
According to Shechtman, it’s too soon to tell whether or not the ‘retail apocalypse’ is overstated or understated, because we’re not even close to the end of this retail shakeout.

“The apocalypse grabs headlines. We haven’t even seen retail armageddon yet. There’s a shift and I don’t think we’re near the end of it, so it’s impossible to say whether or not this is overstated or understated. In 10 to 15 years we could be looking at a whole new ballgame.”