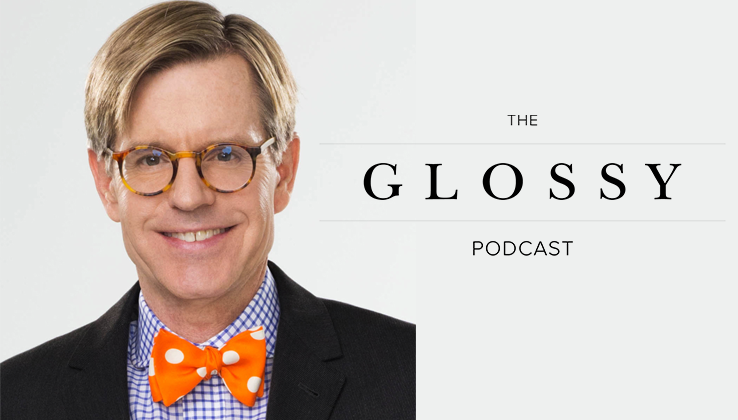 James LaForce started his career hand-delivering printouts of press releases that highlighted the biggest news and best gossip from parties the night before. He would drop them off at the home of the society reporter at Women’s Wear Daily and return to his office by foot.

“We’re more and more exposed, and everyone has to be comfortable with that,” said LaForce. “You no longer control the story that goes out after an event; it’s seen in real time on Instagram. Everything is built for a global, instant audience.”

LaForce founded his marketing and communications agency, LaForce, in 2016, after his former agency, LaForce + Stevens, dissolved, but his career in public relations started in the early 1980s. And he’s remained a traditionalist. While the level of control that accompanied a hand-delivered press release may be gone, LaForce still believes in luxury brands practicing a level of restraint.

LaForce joined us on the Glossy Podcast to discuss that mindset, the separation of social media and e-commerce, and the one industry that can’t tell a good story on Instagram. Edited highlights, below.

On knowing when to open and close the floodgates
The need for a runway show has been compromised in the era of social media. Why show a collection to the world, when it’s not going to be on sale for months? LaForce said the need for these tentpole events is still critical, from a marketing perspective. The key is knowing when to build up excitement and when to pull back.

“We deal with our luxury brands and this thirst for a deluge of content that demystifies the product and the company. Luxury used to be defined by exclusivity and inaccessibility. The brands now want openness, so what do you do?” said LaForce. “How much is showing too much about how the sauce is made? And there’s fatigue when you’re getting too much content around product that’s on sale. Brands today have to know when to turn it on and turn it off.”

On the social media hard-sell
On that note, LaForce thinks it’s unrealistic to believe customers are actually buying something instantly after they see a photo of it on Instagram. For the luxury industry, social media should be used to promote an overall vision, not the sale of a specific product. Who needs conversion?

“We have more of a responsibility to a long-term client to tell the story of a brand. I don’t think people so literally drop their phone, run to the store and pull out their credit card. [Social media] isn’t an extension of e-commerce,” said LaForce. “Digital and social is an extension of the designer’s vision. I would rather have the e-commerce people gripe at us than do a hard-sell.”

On the one category that struggles to tell a good story
Whether you buy into it or not, luxury fashion is riding on the idea that it’s selling a dream. Campaign imagery, creative directors and long-standing brand histories can all be translated into a social media strategy.

But for one luxury category, it hasn’t quite clicked.

“A category that is having trouble catching up would be fine jewelry. That’s just a difficult category to play in social. It’s hard to get beyond the piece of jewelry itself,” said LaForce. “We don’t usually show it on models, because that picture doesn’t look so great. So how do you make a good story? And, how the sausage is made in fine jewelry is kind of a difficult thing to deal with.”