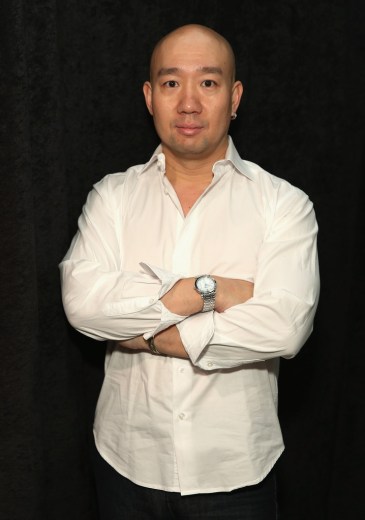 At a time of Amazon and fast fashion, designer Dan Liu said speed is the biggest shift in fashion now. Designers used to have months to design new collections, and that window has been dwindled down to about two weeks. It’s not just designers who are in jeopardy, either; department stores, according to Liu, are at risk of going extinct, thanks to the fact that they’re navigating digital advancements in the industry like dinosaurs.

“Time is critical, but designers need to take their time — that’s a major conflict,” said Liu on the Glossy Podcast.

Liu joined the Glossy Podcast to discuss how designers are dealing with the new, crushing pace of the industry; what changes are coming next year and why see-now-buy-now isn’t the answer.

On new vs. traditional selling techniques
Liu said some of his biggest concerns about the fashion industry today are the industry’s creativity and its juxtaposition to technology. Designers are creatives, and they need to come to terms with the idea that that’s no longer enough to carry a successful fashion brand.

While great product is still at the core of any successful brand, the way designers market and sell their collections is changing.

“This has been an ongoing problem for fashion designers: The product goes to the customer’s phone or computer, and if they like it, they click a button. Or they go to a store and see the item there, then go back home and purchase it,” said Liu. “Basically, all marketing and selling strategy has changed entirely, and that’s a really hard thing to come to terms with.”

On the small-brand challenges of see-now-buy-now
Liu recognizes the inconsistency between the time people are seeing new collections and when those collections actually go on sale, and he sees the problems that arise with that. In Asia in particular, where Liu’s brands have a growing following, counterfeiting becomes a problem when there’s a lag between designer runway shows and sale seasons. But see-now-buy-now, especially for small brands, isn’t the answer.

“See-now-buy-now is not easy, unless you’re an established brand,” he said. “You can’t manufacture product and plan orders without knowing the sales you’re going to make. You have to have a lot of stock to make this happen, and I don’t think any brand will be able to keep up this trend. Even if you’re the No. 1 brand, if you end up making product that nobody ends up buying, you have a big problem.”

On 2018 expectations
While fashion seems to be at a turning point for designers, Liu believes real, impactful change is still a few years off. In general, the disconnect between fashion and tech will continue, he said.

“It’s going to take another few seasons for fashion designers to realize what’s going on,” said Liu. “The technology is just going to keep moving faster and faster, but I don’t think we’ll see many changes … next year for designers and brands. Fashion is still lacking some major force of change — but at the same time, for designers who don’t change, their sales will keep falling.”