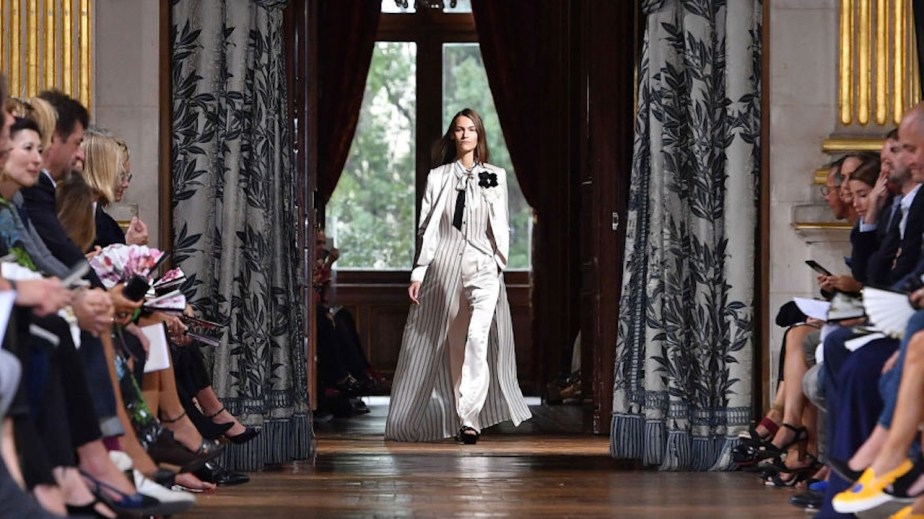 Why Lanvin cut its valuation ahead of an IPO

It’s common for investment-seeking companies to inflate their own value. It’s less common for a company to intentionally lower its own valuation.

But that’s exactly what French luxury company Lanvin Group did in its earnings report for the first half of 2022, released on October 17. The company revealed two important pieces of information. First, it saw increased revenues, including a 110% increase in year-over-year revenue for the Lanvin brand and 73% for the entire group, which includes Wolford and Sergio Rossi. But Lanvin also lowered its valuation from $1.25 billion down to $1 billion. With the growth the company has seen, a higher valuation would be the typical stance before the brand goes public later this year. But a reduced valuation is an appeal to future investors.

Chairman and CEO Joann Cheng said in the earnings report, “Our outlook for the business remains unchanged and we believe the adjusted valuation establishes a highly compelling entry point for investors as we continue to capture untapped growth opportunities across the world.”

According to Ryan Nelson, co-founder of the early-stage venture capital company Jobi that most recently invested in Courteney Cox’s fragrance brand Homecourt, Lanvin lowering its valuation is a smart, counterintuitive move in current market conditions.

“When you go public, you try to set a price that the market and investors will be happy with,” Nelson said. “The company gets the proceeds from the sales, so, generally, you want to go higher so you get as much money as possible.”

But Nelson said maintaining stock momentum is equally, if not more, important for the health of a company. An extremely high stock price when a brand first goes public may bring in a large amount of cash immediately but precipitate a fast drop-off in price. Essentially, Lanvin is trading a higher stock price for better prospects of growth and more investors.

Lanvin is going public through a special purpose acquisition company (SPAC) affiliated with Primavera Capital. 2021 was a banner year for SPACs, with a record number of SPAC IPOs, at over 600. Fellow fashion player Ermenegildo Zegna used a SPAC to go public earlier this year. But the number of SPACs has gone down significantly; in the first half of 2022, only 77 SPACs were announced, compared to 167 in the first half of 2021.

A contributing factor to Lanvin’s reduced valuation is the strengthening of the dollar compared to other currencies. Only about 15% of Lanvin’s business comes from the U.S., so the majority of its transactions will be done in regions with weakening currencies.

“It’s a very strategic move to bring that value down,” Minuzzi said. “The markets are wildly bad. The Nasdaq is down, cryptocurrencies and Bitcoin are down. A lot of investors are thinking now is the time to wait and be cautious.”

But Minuzzi said Lanvin’s successful earnings report and the fact that it deals in tangible goods rather than services means it’s a relatively safe bet for investors these days. Lanvin’s status as a luxury brand also makes it a safer bet since the luxury category has been insulated from the inflationary pressures that have hit other parts of the fashion industry. Lanvin Group’s parent company, the Chinese conglomerate Fosun International, needs Lanvin to continue its success as Fosun weathers the crackdown of the Chinese government on large multinational businesses.

“It’s a time for discipline, for both investors and companies,” she said. “Lanvin is being strategic and staying grounded and that’s the smart move right now.”