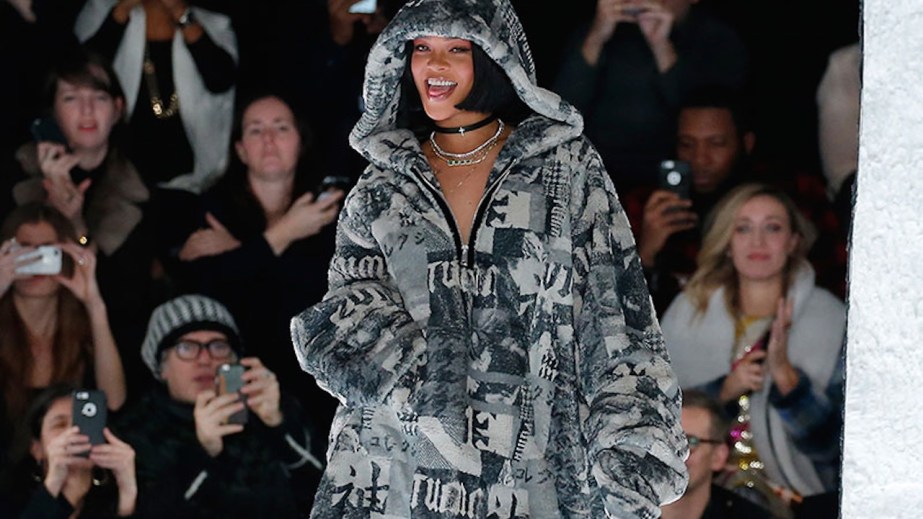 This week, Savage x Fenty opened the last of its first batch of announced stores and revealed more to be opened soon in phase two. Elsewhere, Allbirds is looking to get more competitive in the performance running shoe market. NFTs and crypto continued to be a roller coaster of highs and lows, and we got our first indications of where Off-White will go without Virgil Abloh. Don’t forget to subscribe to the Glossy Podcast to hear the latest episode: an interview with designer Lili Notan. – Danny Parisi, sr. fashion reporter

In the Instagram post where the new stores were announced, the brand cited the warm reception it received as the boost of confidence it needed to open six more. The stores are all expected to open later this year.

“We wanted to do our first entry into retail differently,” Guzman said. She shared that 3D body scanning will be available to shoppers through the brand’s partnership with Fit:Match and that its proprietary mannequins will continue to show the pieces on a variety of body types.

For the next six stores, Guzman said Savage x Fenty will be focused on integrating the online experience. While Guzman didn’t reveal any specific online-offline plans, the strategies could include making use of Savage x Fenty’s Instagram following of nearly 5 million users or using the in-store fit scanning tool for shopping online.

“Omnichannel is really important to us,” Guzman said. “Now that we’ve opened our fifth store, we need to up our game with an e-commerce experience to match.”

Allbirds aims for performance
On Thursday, Allbirds announced the launch of its updated running shoe, the Flyer, with more of an emphasis on its technical performance

For much of the brand’s 8-year existence, Allbirds’ flagship shoe has been the Tree Runner. But, the Tree Runner is not actually meant for running. Running shoes are a lucrative market: a $127 billion industry, as of the start of 2021.

So in 2020, the brand launched its first attempt at a competitive running shoe: the Tree Dasher. Various running and athletic blogs that reviewed the shoe questioned whether a brand not known for making performance-focused shoes could stack up against Nike or Asics. The verdict was similar: It isn’t a bad shoe, but it isn’t the best choice for dedicated runners.

It seems Allbirds took that feedback into account, because when the Flyer was announced, much of Allbirds’ marketing was focused on the technical details behind it, including a new type of foam sole. The brand also highlighted that it was tested by 130 pro runners over 4,000 collective miles. Allbirds even bills the Flyer as its “most technical style to date.”

Allbirds has a long way to go to topple running mainstays like Brooks, Saucony, On Running, Nike or Adidas. While Allbirds has grown to $277 million in revenue off the strength of its casual shoes, performance shoes are a very different, and very crowded, category. Previously, co-founder Tim Brown told Glossy he wanted to be “the opposite of Nike.”

The publication has grown its commerce arm of its business, and a pop-up store, opening May 11 in Los Angeles, will coincide with its Sports launch. Product collaborations with brands like Wilson and Gramicci will be front-and-center.

Where will Off-White go next?
Last weekend, Off-White and its parent company New Guards Group announced Ibrahim Kamara, a fashion editor and stylist, as the new art and image director of the brand.

It was the first indication of NGG’s plans to fill the void left by Off-White’s late founder Virgil Abloh, who died in November 2021. Rather than put a single person in his place, Kamara will be one of several creatives — a “collective” as NGG put it — who will take over the duties left behind by Abloh. Kamara will oversee art direction for the brand’s marketing, while other responsibilities like product design are still up in the air.

To hear more discussion about the future of Off-White and how brands closely tied to a single individual’s vision can flourish even after that person is gone, take a listen to this week’s Glossy Week in Review podcast.

Is the NFT market collapsing? Depends on who you ask
Data emerged this week from cryptocurrency analysis firm Nonfungible that sales of NFTs have fallen by a precipitous 92% since their peak in September 2021.

Crypto skeptics delighted in this news while supporters quibbled with the numbers. Still, all agreed that the hype over NFTs from last year was likely to keep declining, whether calamitously or gently.

Either way, it’s important to note for the fashion industry, which overwhelmingly embraced NFTs and cryptocurrency in the last year. Also this week, Gucci announced it will begin to accept more than 10 different cryptocurrencies as payment.

Men’s swimwear takes off
There’s been buzz around swimwear as a booming category, but nearly all of the growth has been in the women’s category. So what’s going on with the men’s side of the business?

As it turns out, quite a lot. Styles are changing with the Orlebar Brown tailored look becoming dominant over the baggy board shorts of the early 2010s. And big names are joining the category, including MeUndies and Vuori. Read Glossy’s coverage of the market to see what else is happening in men’s swim.