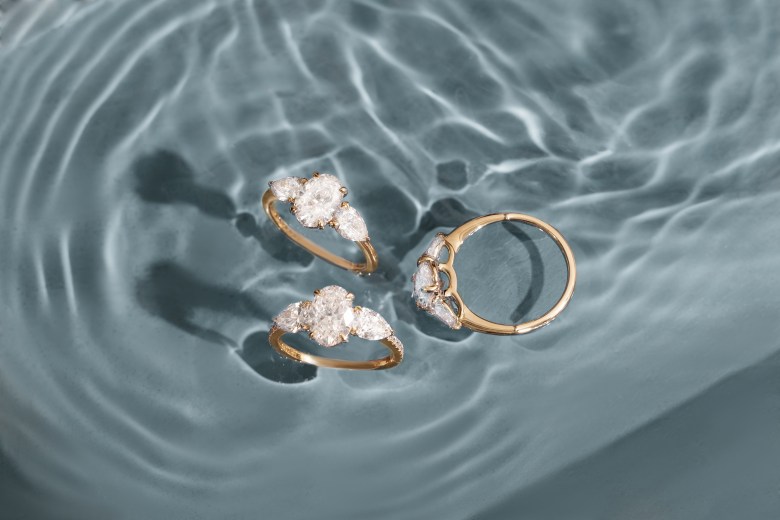 Amid price increases caused by the invasion of Ukraine, a shortage of stones, and young consumers’ growing interest in digital and sustainable production, the diamond industry is facing new challenges. Vrai and The Clear Cut are offering solutions in the form of lab-created diamonds and NFT product passports.

According to Bloomberg, the prices of rough diamonds used for smaller settings have jumped about 20% since the start of March as diamond supply has stalled. The U.S. imposed sanctions in February on Russian company Alrosa PJSC, which is responsible for one-third of global diamond production alongside American De Beers and Debswana Diamond Company in Botswana. With a looming economic downturn and recession, the diamond industry is facing a tough call. During the 2009 recession, the industry shrank, with De Beers losing 80% of profits.

This time around, it won’t be so simple. The conflict in Russia means that American and European companies are turning away Russian stones, while India and the Middle East are still accepting them. With rough diamonds being sorted by weight and size and transported multiple times across the globe with no individual tracking, knowing where each diamond was sourced is almost impossible. Diamond traceability is also tough to implement within the industry’s antiquated supply chain.

DTC companies The Clear Cut and Vrai were created with solutions for the challenging market in mind. For its part, The Clear Cut has catered its offerings to the Gen-Z consumer and established future-forward solutions. Its new NFT diamond passport, launched last week, embeds traceability into its product through the blockchain.

“An engagement ring is a big investment and an emotional purchase, and there’s a lot of paperwork associated with it. Every diamond on my engagement ring, for example, has a GIA certificate,” said Olivia Landau, founder of The Clear Cut. The GIA is the foremost authority for diamond certification, showing consumers the diamond’s grading, as well as other specifications, similarly to a birth certificate with a number. However, the certificate is only available in paper form, which isn’t well suited to a generation of consumers used to digital platforms.

The brand’s proposition takes the NFT away from bear markets and trading and focuses it on a practical blockchain application, where the immutable protocol allows for the storage of all of the GIA information and certification. “We’re working to make features allowing you to track resizes and repairs, so you know exactly what happened to the ring. That’ll help the insurance, too,” said Landau. The brand’s customers can also store proposal stories through the NFT. “If you ever want to pass down your ring and the digital asset, you have that provenance and story behind it, too.”

Meanwhile, Vrai sees the issues facing the global diamond market as an opportunity to turn to lab-grown diamonds for a more transparent future. “A complete understanding of a diamond’s provenance is essential for jewelry businesses to be aware of, in order to reform the current conflict,” said Mona Akhavi, CEO at Vrai. “This means that consumers are also aware when making diamond purchases, so as not to contribute to these malpractices.” Akhavi also noted that many mined diamond businesses rely on several overseas resources that often have less oversight than non-jewelry businesses and result in severe human rights abuses within the jewelry supply chain.

Vrai counters the impact it has by reducing emissions and running its foundry on 100% renewable energy.

“Modern diamond customers are more knowledgeable and selective than ever before and are socially and environmentally conscious,” said Akhavi. “They make more informed, thoughtful decisions about the brands they’re supporting and products they’re purchasing.”

According to industry analyst Peter Zimnisky, the diamond market is predicted to double by 2025, reaching $3.9 billion. Vrai’s planning to expand globally is evidence of this. Last year, it opened two U.S. showrooms, and it plans to open more in the U.S. and internationally in 2022.