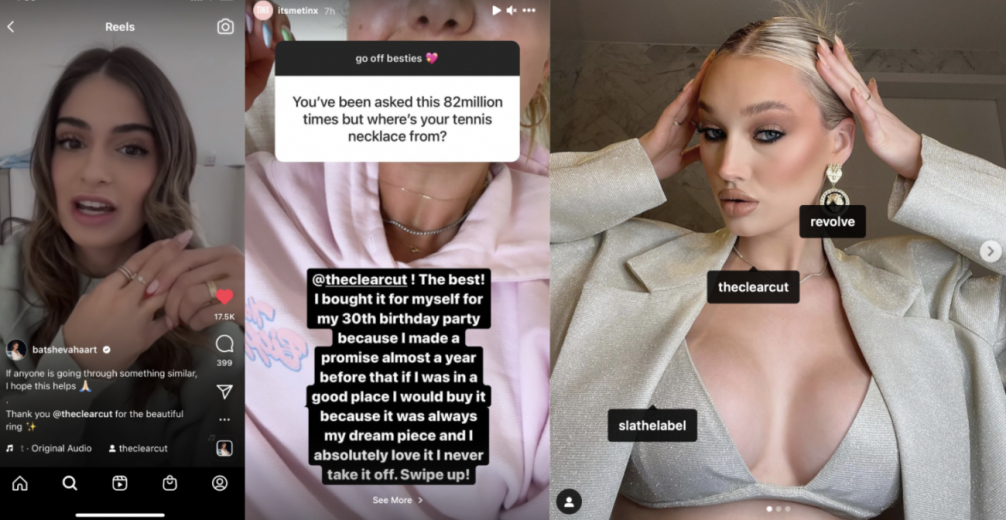 How The Clear Cut is selling diamonds to Gen Z, one TikTok at a time

Gen Zers are currently 10- to 25-years-old, and some of them are already burgeoning fine jewelry customers.

The Clear Cut, a direct-to-consumer jewelry company known primarily for engagement rings, did more sales in the first six weeks of 2022 than it did in its entire first year of business (2018), according to the brand. Most interestingly, thanks to strategic gifting and some major influencers it counts as fans, the company has also seen a younger demographic begin to make purchases.

On TikTok, the brand is nearing 68,000 followers and has accrued 1.5 million likes. It has not spent money to market or create content on the app but instead has focused on building a community for fine jewelry aficionados – an area where co-founders (and husband and wife) Olivia Landau and Kyle Simon identified a white space. “There was pretty limited jewelry content on TikTok,” Simon said.

The duo started posting on TikTok before Covid-19. And during the pandemic, like so many others, they started to see the app’s potential. “We realized there was a once-in-a-generation kind of shift happening. This new platform was emerging with a new generation of consumers, and we wanted to be there,” he said.

“You find your niche on Tik Tok, and you find a pretty loyal community,” Landau said. “Before the pandemic, it was mostly 8-year-olds following us, so it wasn’t our target demographic. But as more people started going on the platform during lockdown, we found a niche of diamond lovers, and people who wanted to learn.” Today, the brand’s followers know more than many salespeople, she said. “They’ll say, ‘Oh, I went to this jewelry store. And I asked about the length-to-width ratio on this cushion cut, and they didn’t know what I was talking about,'” she said. “If they consume even 30% of our content, they can become an expert.”

Though Instagram is currently better built to serve commerce functions than TikTok, the latter has been just as valuable, if not more so, for driving sales, Simon said. “Instagram is built more for gifting and tagging. TikTok doesn’t have that infrastructure in place, but that also allows it to feel more natural. It’s interesting, from a brand perspective, to see a platform that is less built out around commerce but can actually perform pretty well,” he said.

Social media has opened up an exclusive and traditionally male-dominated world to a younger demographic, which Landau and Simon said, is part of their goal. She noted that family diamond businesses are typically passed down to men and that men are traditionally the main purchasers of diamonds.

The Clear Cut started as a blog that Landau wrote to help demystify the diamond industry. “Today’s Gen-Z consumer may be intimidated to walk into Tiffany or Cartier because they think they might be judged as a college student, or whatever it may be. [TikTok] is the new way of introducing luxury to the younger generation,” Simon said.

Aside from TikTok and Instagram, where it has 159,000 followers, The Clear Cut has a podcast, Cozying Up with The Clear Cut. Its podcast guests have included influencers like Tefi, Batsheva Haart and Kit Keenan (joined by her mother, Cynthia Rowley), who have relationships with the brand and who have posted about the jewelry they’ve received. Landau had been a big podcast listener prior to starting her company.

“I was inspired to start my business by hearing stories of different paths that different women took,” she said. “So I thought that, if I could also inspire [other people] to fulfill their passions or take that leap, that would be meaningful to me. It’s a mission for me to diversify industries,” she said. The brand also sponsors a scholarship for women of color to attend GIA (the Gemological Institute of America), which both of its co-founders attended. The brand has a goal to “shake up the industry, introduce it to more people and inspire more women to become entrepreneurs.”

Of course, the podcast is effective marketing, too. “Our guests are not only exposed to our Clear Cut community, but we gain exposure to their followers. The podcast increases visibility and discoverability across brand audiences.”

TikToker Tinx is also a fan and appeared on the podcast when she was not yet an influencer but a freelance writer. She told Landau that if she was in a good place, financially, when she turned 30, she’d buy herself the brand’s $4,295.00 tennis necklace. She did and shared [the purchase] with her followers. “We saw an 894% growth of the Tennis collection after Tinx’s purchase. This can be attributed to both her following and influence, as well as the style becoming increasingly popular. Part of that was the authenticity — she bought that for herself. She was celebrating herself and was putting out content around that,” Simon said.

The Clear Cut has since gifted Tinx a ring engraved with 1M as a gift when she hit 1 million followers on TikTok. It’s also sent her diamond hoops, which she described in a post as “rich mom vibes to the max.”

“The tennis collection has already seen 100% growth in 2022, compared to 2021 sales,” Landau said. Though tennis bracelets and necklaces are “classic staple pieces that will never go out of style,” she said they’ve recently become big trends because “women are purchasing for themselves, and looking to invest in timeless jewelry that is versatile and wearable.”

Haart’s posts about the brand have also translated to sales, Landau said.”We gifted her our Irene Toi et Moi ring, and she posts about it pretty regularly. It was right after she got divorced. I think she wears it every day,” Landau said. As I wrote this story, I went to Haart’s Instagram page and found a manicure pic posted just two hours ago. The ring is visible, and The Clear Cut is tagged.

“When jewelry is done correctly, it tells a story and signifies an important moment in your life,” Simon said. In a November 2021 Reels post, Haart told her 483,000 followers: “I’ve been wearing [my engagement ring] for nine years straight and the thought of taking it off…I always feel naked. So I decided to add a new ring to this hand. And it’s really made a big difference because instead of feeling the emptiness on this finger, my brain or my nerves are focusing on the new ring on this finger.” It makes for the most impactful partnerships when there’s an “authentic reason” someone is wearing a piece of jewelry, and it’s not just one-off gifting, Landau said.

She added, “We are millennials and we were selling to millennials, and we understood that really well. And now it’s just [figuring out] how we can fine-tune that to reach a new generation and capture that audience, and become the brand and the place they trust and think of when they go to make like that big purchase.” 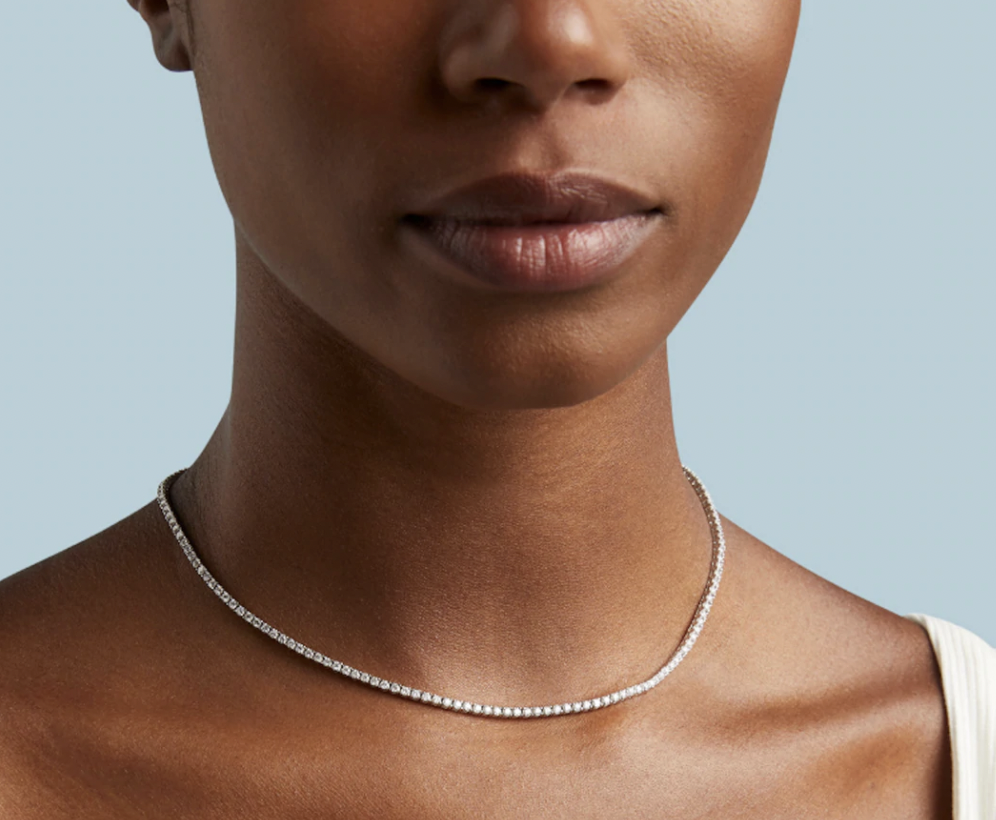 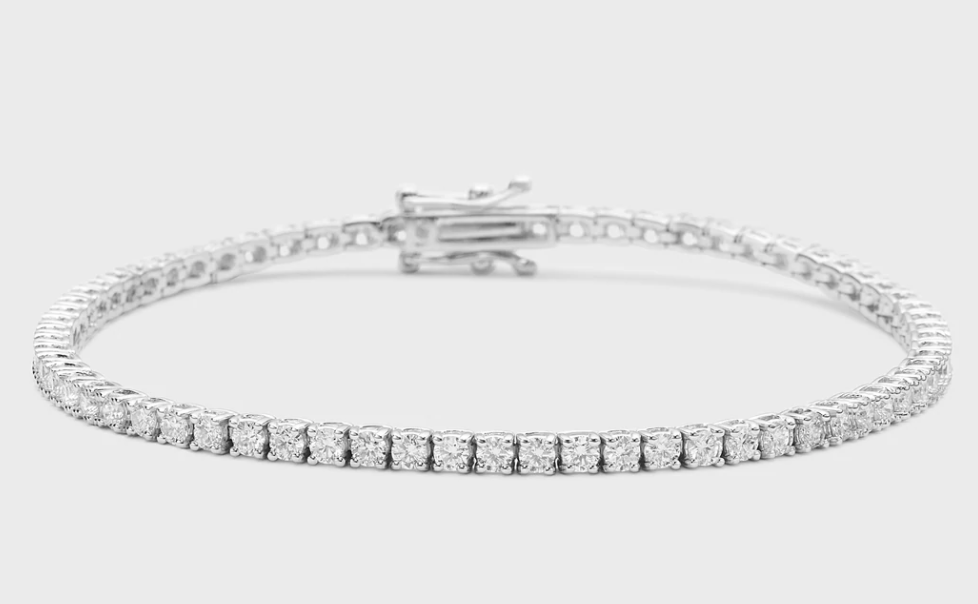 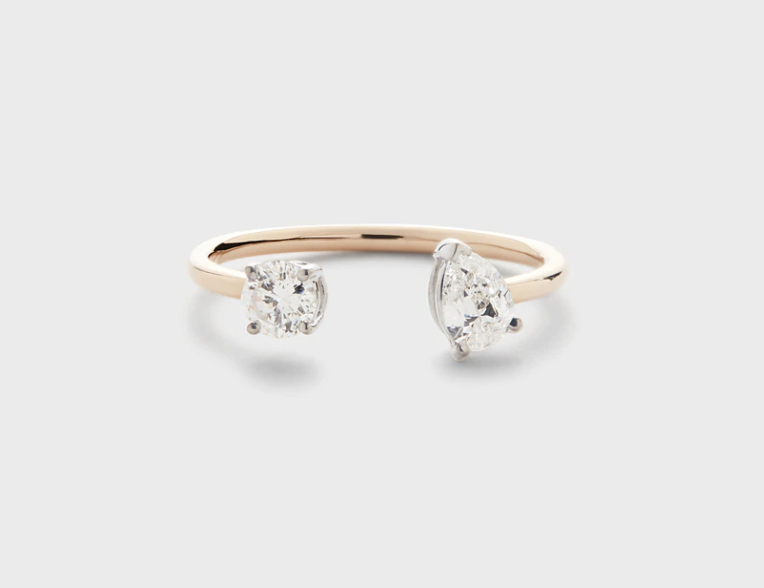 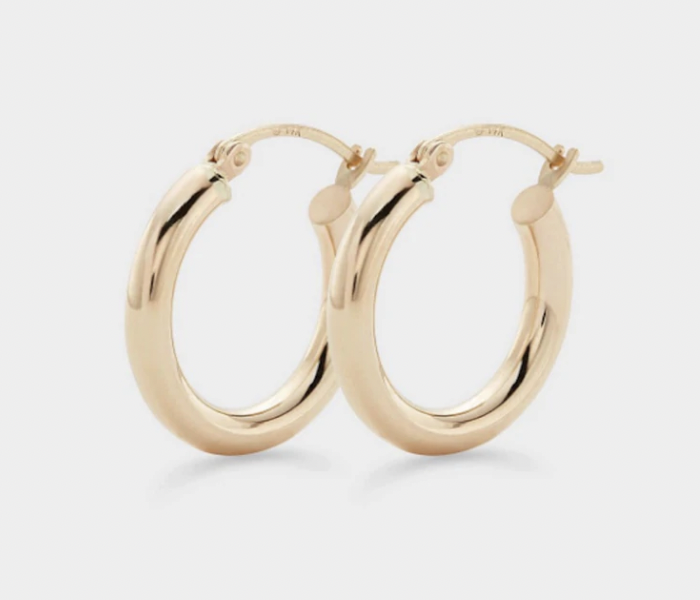 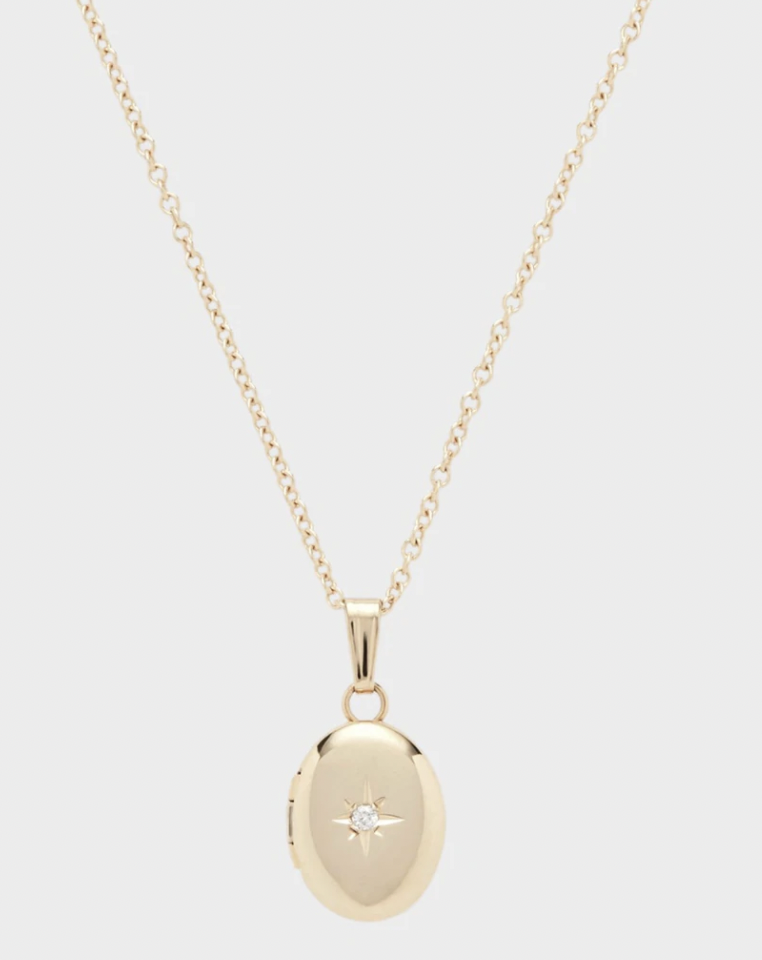