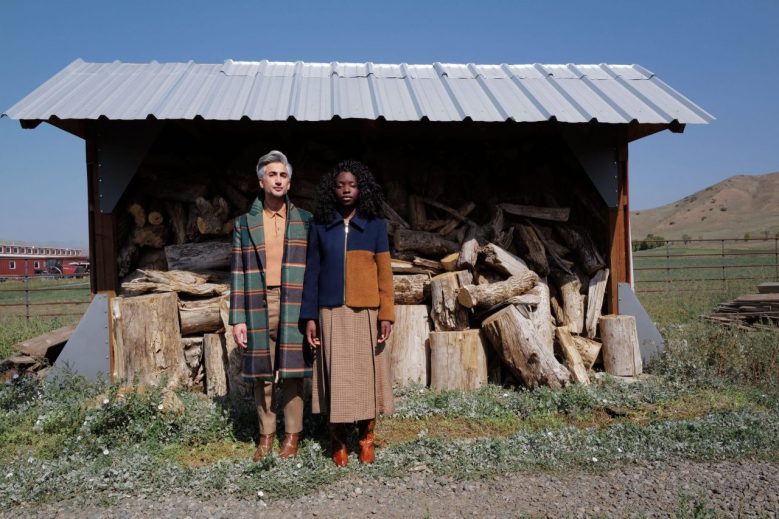 Tan France is launching outerwear, and he designed every piece himself

After selling his fashion brands, Tan France, one of “Queer Eye’s” fab five and a former fashion entrepreneur, swore he’d never make clothing again. In fact, even as a young child, France vowed to retire by age 40. And he sort of did — or he had, rather, before Netflix asked him to join the cast of  “Queer Eye,” which premiered in 2018. “[Now,] almost every week, somebody asks me to do a brand,” France said. He finally said yes — to Thmbl, a startup fashion brand incubator and retail platform. The two teamed on Was Him, a genderless collection of outerwear launching in mid-November. Its prices range from $350-475.

For Thmbl, which launched in August with the debut of Her Own, with influencer Helen Owen, France is an obvious win as far as collaborators go. Lou Levy, CEO of Thmbl, said his company’s mission is “to address a white space in the market [by] enabling hugely influential creatives to have access to our expertise,” without the typical risky investments required to launch a fashion brand. For its brands, Thmbl does “all the manufacturing, all the distribution, and all the asset creation and management,” Levy said. Essentially, for Was Him, it’s developing the brand, but France owns it. Thmbl makes a profit on sales of the products, which are currently available exclusively on the Thmbl website. Retail expansion is planned down the line.

France is no passive participant in the Thmbl partnership. In fact, he showed up to meeting No. 1 with sketches. “I do this for a living. I am what’s called a technical designer… So when they said, ‘We’ll do it all,’ I was like, ‘No, bitch. I know how to do this. I have a distinct plan — I’m very resolute — and this is what I want these coats to look like.’ I had sketches, I had my tech packs. And they were like, ‘Wait, we thought that we would help you design.’ And I was like, ‘No, here it is. Let’s just go into production.’”

Coats are one of those areas where splurging feels a bit more justified, France said. After all, a coat can tie together an outfit and be worn for consecutive winters. He said he knows the brand’s price point will be too high for some, but emphasized that the pieces are meant to last. “We are not creating a sustainable brand, I know that. We’re not using deadstock, we’re not repurposing — but what I love is that we’re creating classic silhouettes. There’s nothing that would make you think, ‘Well, that was so 2021,’” France said.

Regarding the crowded fashion space, particularly for celebrity-fronted brands, he added, “Hasn’t every person who’s famous done a brand? Many people, in my opinion, don’t belong in this space. But this was my job and actual career.”

France said that, when he is approached by fans, it’s often just his coat that makes it into the photo, which drove his passion for more statement styles.

“[Fans] couldn’t care less what [I’m wearing] underneath. [The coat is] the thing that gets shot,” he said. “So I started to look for statement coats, and they were so expensive. I could get a Zara coat or a Topman coat, and it would be simple — lovely, but very simple. I know production, and I know those little details [I was looking for] cost a heck of a lot of money,” France said. So, he decided he wanted outerwear that featured some of those details that are hard to find on more affordable styles. “I spend hundreds on coats, but not thousands.”

France approximated that he has 50-70 coats — and just a handful were purchased in the men’s department. “Designers in America seem to think that men don’t want to wear coats past the knee. But I love a duster coat on a man; it looks so fucking chic,” he said.

As for the designs themselves, the seven pieces in the first drop, which will be for sale in mid-November, all represent a melding of France’s identity and the many locations and cultures that are of personal significance to him. Embroidery pays homage to his Pakistani heritage, while the designs that are featured in the embroidery were created by his husband, artist Rob France. The boxy silhouettes and broad, defined shoulders not only allow the coats to be genderless but also connote British tailoring. The colors are inspired by the landscapes of Wyoming, where Rob France was born and raised on a ranch. For example, The Chequer coat in night and color block features hues inspired by the colors of the ranch, the grass, the hay and the night sky, France said.

The topic of genderless fashion is something France has opinions about, too, both as a member of the queer community and as a designer trained in the technicalities of clothing creation.

“There was a big push within the last couple of years, where people — queer people, people I know and love — would say that all clothes should be genderless. ‘Who cares if it’s made for men or women?’ Actually, as a designer, I will say that it does matter,” France said. He noted the different placement of darts as an example of a technical difference between the two traditional categories. Coats, however, offered an opportunity to get around these differences. All three of Was Him’s coat silhouettes are boxy. To make sure they’d fit a variety of body shapes and sizes, France tested them on a female friend “who’s an F cup,” as well as his “Queer Eye” costar, Antoni Porowski.

Best known for TV, France wasn’t entirely sure of his own selling potential. However, after a successful year-long partnership with Express that involved the brand featuring his product picks each month, he felt more sure of himself. He’ll be marketing Was Him on his own social platforms. On Instagram, he has 3.8 million followers. “I want to see just how powerful my reach is. I want to see if I can really encourage people to believe in what I believe in,” he said, noting that he’s confident the answer will be yes. “In my opinion, [social media is] the most powerful tool.”