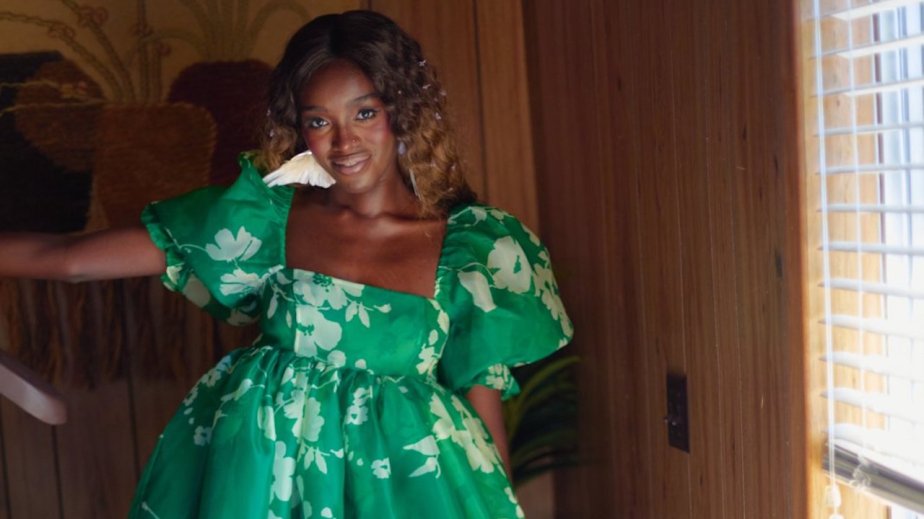 Revolve is (finally) selling sizes beyond 14

Next to sustainability, size inclusivity is one of the biggest conversations in the fashion industry right now. With the average woman in the U.S. wearing a size 16, retailers are being encouraged by customers to expand their offerings past the usual size 12. In the last 2-3 years, trend-focused brands including Reformation, For Love & Lemons and Anthropologie have all expanded into so-called plus sizes in varying degrees. According to a report published by Allied Market Research, the plus-size clothing market garnered $481 billion in 2019 and is anticipated to reach $697 billion by 2027.

For Selkie, the key to connecting with plus-size consumers was offering its whimsical clothing in sizes XXS-5X almost from the start. Selkie is founder Kimberley Gordon’s second fashion label. She launched contemporary women’s brand Wildfox in 2007 with her best friend, Emily Faulstich. Gordon left Wildfox in 2015, and the company was bought by FAM Brands in 2020. Gordon declined to share Selkie’s revenue figures.

Three years after leaving Wildfox, Gordon launched Selkie, making sure not to shy away from embracing a body-positive, feminist message. Selkie’s figure-flattering Puff Dress quickly became a staple on influencers of different body types. Alyssa Coscarelli posted it in August 2019. and Nicolette Mason shared it that October.

When Revolve started stocking Selkie in 2018, the retailer only sold its styles through a size large. “At the time, they weren’t buying extra-large, and I asked them to try it,” Gordon said. She admitted that Revolve “took a chance” on her in the brand’s first season and that it took a while for it to start selling.

“If you want to get them to do something, like add plus sizing, you have to prove your brand,” she said. “And I knew that would mean that the brand would have to get really trendy, because that’s kind of their business model.”

Four years later, Selkie has become the first brand to stock up to 2X (approximately a size 16) on Revolve, with plans to expand to 5X on select styles. This “upper sizing” has only been on Revolve for a few weeks, but Gordon promises a lot more items to come. For that, she credits her customers — especially those in a Facebook group called Selkie Obsessed, which currently has more than 1,000 members. It was started by 26-year-old Olivia Hobbs, who had concerns about buying a $200 dress online and wanted to connect with other fans to share photos and sizing tips before making the purchase.

In addition to sharing fit advice, the group posts about retailers carrying Selkie dresses, especially exclusive items. Hobbs, who wears a size 2X, noted the group’s frustration with Revolve’s smaller size range. Influencers have recently taken to TikTok to share similar complaints. “I went to Revolve’s website and found a page where you can send them feedback,” Hobbs said. And she shared the page’s link with the group, encouraging them to send feedback, as well.

Revolve did not confirm whether these requests were the reason it introduced the extended sizes. “When we see opportunities with great business partners, we always try to find ways to work together. So we’re thrilled to be working with Selkie on this and will continue to support where we can,” said Lauren Yerkes, Revolve’s chief merchandising officer.

Gordon was quick to not put the blame on Revolve, because many of the brands it stocks don’t make clothes above a size large or 12. That includes Line & Dot, LoveShackFancy and Zimmermann.

She believes this is due, in part, to “coming from a different time period.” The older millennial generation, she said, didn’t have access to “proper sizes” themselves and are continuing the cycle. Revolve specializes in contemporary brands, and that market saw a boom in the early 2000s. She sees this changing with Gen Z as the generation gets older and starts businesses of their own.

“Every new brand is going to be offering those sizes, and then the stores will have more of an opportunity to buy them,” she said. Parade, which launched in 2019, offers sizes XS-3X. Five-year-old Good American sells clothing in sizes 00-24.

As for Revolve, the retailer plans to “test out this offering with Selkie, see how the customer responds and go from there,” said Yerkes. The company is “making plans” to market these additional sizes, per Gordon.

But Gordon is concerned this won’t be enough to attract a new customer to Revolve. “They don’t have that customer [outside of Selkie]. They have to train the public that they have these sizes now,” she said.

“We’ve seen success so far and are placing reorders where it makes sense,” said Yerkes, of Selkie’s styles in extended sizes. “We are a very data-driven company, and [we look] to where the customer demand is.”

As other designers expand sizing, Hobbs hopes to see plus-size models on Revolve’s website, as well. She said she enjoys shopping on Revolve due to its generous return policy and trend-focused offerings, but would purchase more if she saw models who looked like her.

“This is also something we’re looking into,” said Yerkes. “As we test out inclusive sizing and grow our offering, it will of course be important to us to showcase this on another body type.”