Virtual NYFW: What brands got up to on Instagram, TikTok and other social platforms

New York Fashion Week was fully back to IRL this season, but that hasn’t stopped virtual initiatives on social platforms.

While virtual shows were a staple of the pandemic-era seasons in the past two years, this year’s “virtual” section of the event’s official calendar has shrunk to a small handful of brands as designers get back into action. But brands are still tapping into livestreaming on Instagram, TikTok and YouTube, while also taking advantage of AR filters on platforms including Snapchat and TikTok.

Social media livestreams of fashion shows were common for brands, with Instagram serving as the top choice for streaming shows: Jonathan Simkhai, Midnight Studios, Loveshackfancy, Tommy Hilfiger, Marni and Coach were a few of the brands offering Instagram livestreams of their shows. Some VIPs “attended” virtually. Ella Emhoff’s Instagram account was spotted in the livestream audience of Coach, for example.

Livestreaming the show on Instagram was “really important” for punk-streetwear brand Midnight Studios, which livestreamed its first-ever NYFW show on Instagram on September 14, said brand architect Luis Cano. For the brand’s January show in Los Angeles, it used Instagram’s beta feature to publicize a scheduled show via a button on the main bio of the account. Brands now can only promote livestreams via the scheduling countdown button in Stories.

Some brands doubled up their livestreams: Tibi accompanied its Instagram livestream with a live show on YouTube, while Coach opted to stream on both Instagram and TikTok.

“See now, buy now” was a rarity, apart from Tommy Hilfiger’s high-tech Roblox and livestream shopping experience. But some brands took advantage of audiences’ attention to make shoppable livestreams linking to their fall/winter collections: Both Collina Strada and Altuzarra had shopping links on their streams, allowing viewers to click to purchase through the app.

Even with the return to in-person events, livestreams are still important for reaching a broader audience. “A majority of our marketing budget goes to these shows and collection releases,” said Cano. Livestreaming is “a big deal for us because we want our fan base across the world to feel included and feel like they’re there.” In Los Angeles, the brand would launch its collections with big consumer-facing parties of hundreds of people in attendance. Because the NYFW show is more “business-facing,” social media is even more important for reaching the wider audience.

TikTok highlighted its slate of live programming as part of its #FashionForYou fashion month campaign. It featured events such as a livestreamed fashion week GRWM video by NYFW viral sensation Julia Fox.

Inclusivity at the forefront of NYFW

NYFW made a triumphant return this season with over 100 designers, including three international brands, showcasing their spring 2023 collections during the five-day event.

The week featured highly-anticipated comebacks from Tommy Hilfiger, Area and Puma. In addition, 28 Black-owned brands were featured — the most since the inception of the Council of Fashion Designers of America, which produces the NYFW calendar, in 1962.

The historic number of Black designers represented this season comes two years in the making. In June 2020, as a direct response to the systemic injustice in America, the CFDA released an outline of initiatives to increase diversity in fashion. Two years later, the organization has held true to its word.

“The official [NYFW] calendar is almost 30% representation of people of color and over 20% Black designers,” CaSandra Diggs, CFDA president, said in an interview with Andscape. “It’s really important that we recognize this development because it’s a lot of the work that the CFDA is doing.”

To achieve this monumental milestone, the CFDA worked with organizations like 15 Percent Pledge and Black in Fashion Council (BIFC) to not only attract Black talent but also create an opportunity and space for them to showcase their collections. Among the group of designers highlighted this year were runway veterans and newbies, including CFDA’s 2021 American Emerging Designer of the Year Theophilio and CFDA/Vogue Fashion Fund finalists Fe Noel and BlackBoyKnits. BIFC also hosted a showroom that returned for its fifth season and featured eight new designers, including Ajovang, Atelier Indigo, Harbison, Izayla, Jessica Rich, Kwame Adusei, Madame Adassa, Muehleder, Sammy B and Vavvoune.

“Being around other [Black] creatives, who work incredibly hard and love what they do and are extremely compassionate, is inspiring” said Adreain Guillory founder and designer of Ajovang, a womenswear brand based in Chicago. “Knowing you’re not the only [Black designer] out here trying to make it is a really good feeling … and you get to share your work with a lot of people and get the exposure you normally wouldn’t.”

For many designers, the opportunity BIFC’s showroom provided was one that helped open channels for collaboration, exposure and community — things some of the Black designers said are invaluable, but hard to come by, tools that help them succeed.  –Tatiana Pile

If you needed any more evidence that bling is back, look no further than the runways of the now-concluded New York Fashion Week.

Shiny silver, rhinestones and sequins were ubiquitous on the runways, in line with the ongoing popularity of the hedonistic “night luxe” aesthetic. And while colors and gold made appearances, it was clear that the silver trend in fashion was out in full force.

Vogue, which had chosen “Gilded Age” for its Met Gala theme, sent Lil Nas X, Serena Williams, Gigi and Bella Hadid, Emily Ratajkowski and other top models down the runway of its Vogue World show clad in silver and sparkles. As part of coverage of its show in the Meatpacking District on Monday night, the magazine declared that “metallics are in this fall” with a much heavier emphasis on silver than gold and a dedication to all things shiny.

The looks on the runways were reminiscent of early aughts, post-Y2K rhinestone-studded style. Dubbed the “McBling” era by some experts to mark the Paris Hilton party-girl rhinestone fest in fashion, the time period is said to have been a hedonistic turn in fashion post-9/11. Two days prior to the 21st anniversary of 9/11, Fendi especially leaned into the trend for its runway show celebrating the 25th anniversary of its “baguette” bag and bringing back its early 2000s heyday, peppering its collection with rhinestone, sequin and silver bags, skirts and jackets.

While the collections presented during fashion weeks around the world may set the trends to expect in the forthcoming seasons, it’s the street style captured in between the shows that truly paints the picture of what consumers are into at the moment.

During Copenhagen Fashion Week in early September, playful, bright colors, knits and layers were prevalent looks worn by guests in attendance. The Y2K aesthetic and structured suits were also in abundance.

New York street style, however, took a slightly different approach, as oversized and grunge styles were some of the most common looks spotted on influencers, celebs and stylists. Cargo pants and cut-out two-piece sets, in particular, were fan favorites. -Tatiana Pile

Shop some of the hottest oversized pants below. 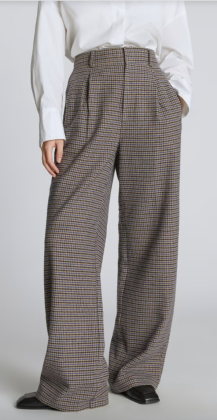 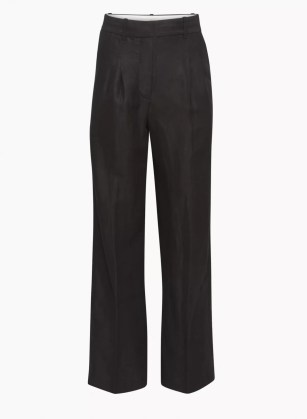 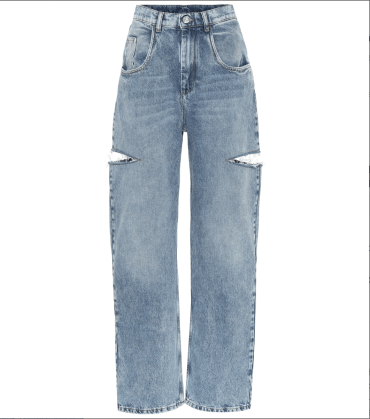 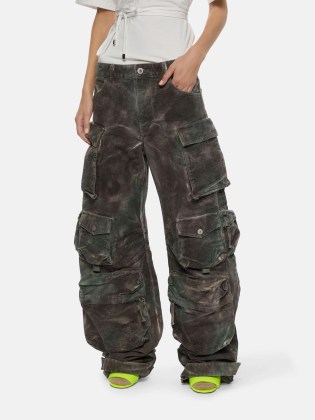 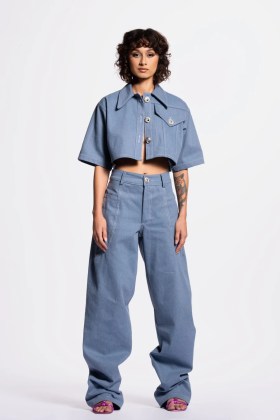 Finding a two-piece set that's unique and reasonably priced is oftentimes a hard task, but Kwame Adusei has delivered on both ends. This chic and trendy set will be sure to turn heads in any room you walk in. From the structure to the fit, you can't go wrong with this all-denim outfit – and it was constructed by a Black designer. – Tatiana Pile 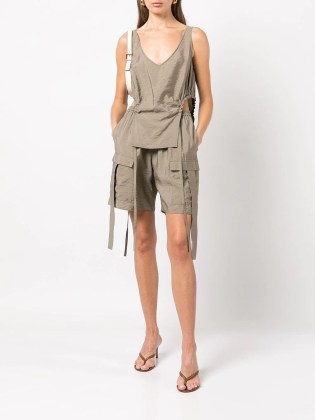