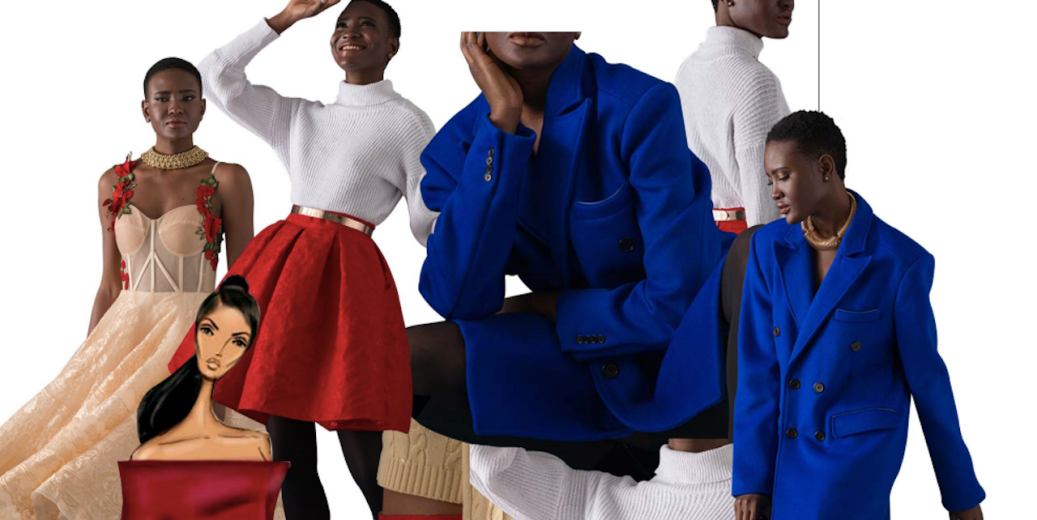 ‘There’s always a separation’: Black designers have more opportunities at NYFW, but worry the focus is fleeting

Fashion is notoriously difficult for people of color to break into. During this week’s NYFW, which comes during Black History Month and after a year that saw a national reckoning around racial injustice, Black designers said the industry has progressed in its diversity and inclusion efforts, but more work still needs to be done.

“With everything that happened over the summer, there’s a lot of spotlight on the issue right now,” said Marissa Wilson, founder of her eponymous fashion label. “Right now, we’re still at a stage where we’re all aware of the problem, and we’re looking at it collectively and deciding what to do about it. Where to go from here is going to take a long-term investment, not just financially, but also in time and energy. Having more retailers carry Black designers, educating fashion HR professionals on how to recruit and hire Black creatives, and creating education opportunities for young Black people so that they know this industry is an option for them — those are all things that are long-term investments.”

This NYFW showcased multiple efforts to highlight Black designers and increase diversity in fashion. Harlem’s Fashion Row is hosting its third digital summit on Thursday, which will feature conversations about race in fashion. Meanwhile, on NYFW.com, Visa is selling a beauty box with products from four BIPOC-owned brands, and the CFDA partnered with Black Design Collective for its own showcase of 10 Black designers whose collections will be shown on its Runway360 platform. IMG and the Black in Fashion Council have also been hosting a digital and in-person showcase at Spring Studios that ends Wednesday highlighting Black designers, including Wilson. All 16 designers who are part of the program are showing at NYFW for the first time.

Designer Chuks Collins, a Nigerian-American who makes wedding gowns under his namesake label, said he’s thankful that organizations like IMG and the CFDA are now paying attention to Black designers and that more opportunities exist, but he’s also frustrated at the way Black creatives in fashion, even when highlighted, are separated out from their peers.

“There’s always a separation,” Collins said. “There’s ‘normal’ fashion, and then over here, there’s Black fashion. Even when it’s being highlighted, it has to be separated. And it’s throughout the industry. There was a buyer I met who was talking about having a section of just Black-owned brands, separate from the rest of the store. When you go to Saks or Bloomingdale’s, do you see a lot of Black designers on the regular shelves? No. I hope for a day when Black fashion is just fashion.”

Collins said the danger with some of the changes the industry has made is that they’ll be forgotten as soon as racial injustice is no longer in the news. What’s more, the conversations that have started could easily stay conversations and never progress into real change.

Within the last year, it seemed the industry’s steps toward positive change were limited. For every bit of good news, like the fact that major retailers significantly increased the number of Black-owned brands they carried by the end of 2020, there were stories like e-commerce giant Zalando investigating claims that it refused to hire Black models for campaigns.

“It goes way back,” said Jenae Green, a freelance events consultant who has worked at Vogue and Marie Claire. “Vogue was founded in the 1800s, and it took until 1952 for a Black model to be on the cover. It takes a long time for these things to change.”

“I [recently] talked to a buyer at a retailer who liked my brand, but they didn’t want my face associated with the brand,” Ebagua said. “They thought that it might not represent the brand in the best way and wanted to hire a white model instead. And I accepted that, because I wanted the brand to succeed. But now, more Black designers are emboldened by public support. And organizations like the BIFC have been doing a good job of creating spaces for Black designers. I just hope those changes aren’t fleeting.”

Ebagua said such experiences have caused her to pivot from being a primarily wholesale brand selling through retailers including Barneys to selling mostly DTC. The model offers her more control, she said. Black consumers represent a huge market in the U.S., with their spending power expected to grow from $1.4 trillion to $1.8 trillion by the end of this year.

Likewise, Wilson said she’s using her NYFW appearance to further her DTC relationships with customers, rather than appeal to buyers. She said she may use the success of direct-to-consumer pre-orders of her collection as leverage to gauge interest from wholesale buyers, but DTC remains the focus.

That focus on DTC reflects a common skepticism in major fashion institutions’ ability to adequately atone for racial inequalities that have been a part of the system for decades.

“There’s been a shift in consciousness around race in fashion since last year, but it’s not enough,” said Collins. “Black designers have to work 10-times harder, compared to others. I want to see change, but I’m skeptical. If the industry wants us to respect them, then they need to respect us.”