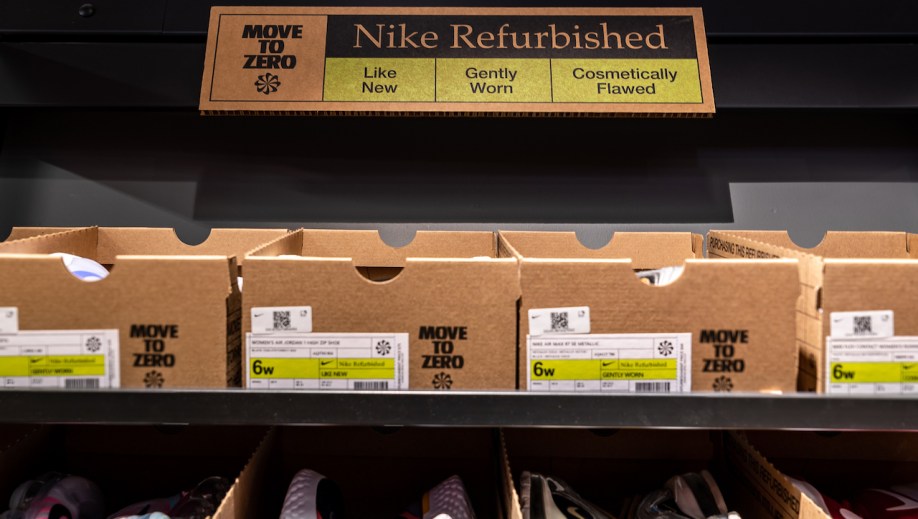 With the fashion industry moving toward a more sustainable future, tools around transparency have become an important part of that journey. From Allbirds putting the carbon footprint of every product on its labels to footwear brand Nisolo creating ethical “nutrition facts” for all of its products, transparency tools allow customers to make informed shopping decisions and hold brands accountable for their stated sustainable goals.

But some of those tools aren’t living up to the promise of providing transparent manufacturing information. Nike, a global company that employs more than 75,000 people and pulled in $17 billion in revenue in 2021, has an interactive map on its corporate site meant to provide transparency into its manufacturing processes. The site shows every factory where Nike products are made, along with data related to those factories. Data points include total number of factories in each country, number of employees at each factory and the percentage of workers who are migrants. But the data provided has raised eyebrows, thanks to a few crucial discrepancies.

The average age of employees in Croatia, where there are 61 employees at one factory, is listed as 0. In the U.K., the average age is 1, and the total number of workers is 0. All factories on the list have a section labeled “Type of product made,” with three options: apparel, equipment and footwear. But for every country on the map, all three categories are listed as “0.”

Nike confirmed to Glossy that these numbers are incorrect and stem from an error with the data coming directly from the manufacturers. According to Nike, the company is currently working to fix the issue.

Nike has been plagued with labor issues for decades, with a 1996 Life magazine feature on Nike’s use of child labor in Asia leading to massive criticism and overhauls of the company’s supply chain in the following years. Even though the numbers are in error, it’s not a good look for a company that has dealt with child labor issues in the past.

Nike updates the map quarterly, according to the “About” section on the map page, and the last listed update was February 2022. The map first launched on the site in 2014.

“If market leaders like Nike are struggling to make it happen, it’s a signal to brands everywhere that they need to take serious, practical steps of their own or risk whiffing on their well-publicized sustainability goals,” said Andrew Duffy, co-founder and CEO of employee management platform SparkPlug. “To be clear, we can’t let Nike or any other brand off the hook here. While it’s admirable that they’re trying, it’s the absolute bare minimum to make up for the outsized impacts that these massive companies have on our shared environment.”

Nike’s map falls short, compared to the transparency efforts of similar, smaller brands. On Allbirds’ site, for example, there is a “Sustainable practices” page with seemingly more detailed, seemingly more accurate information on where it stands on all of its commitments, including reaching 100% renewable energy and 100% regenerative sources of wool. It’s presented in a single clear graph and updated quarterly.

In Nike’s defense, some of the other data it reports is much clearer. Earlier this month, the brand released its FY21 Impact Report showing detailed information about the company’s energy sources. It showed it used 78% renewable energy in 2021, for example.

But faulty or ill-maintained tools like the manufacturing map send the wrong message to consumers, according to Duffy. Considering Nike’s scale, providing a transparency tool that isn’t transparent risks making sustainability seem like an afterthought.

“Across the board, we’re risking a wave of what I call ‘green fatigue’ amongst consumers,” Duffy said. “Every brand claims to be sustainable. But unless they can show customers the receipts, it comes off as just a thinly veiled attempt to cash in.”

Update: Since the publication of this story, Nike took the interactive map down. A new version was posted with corrected data.