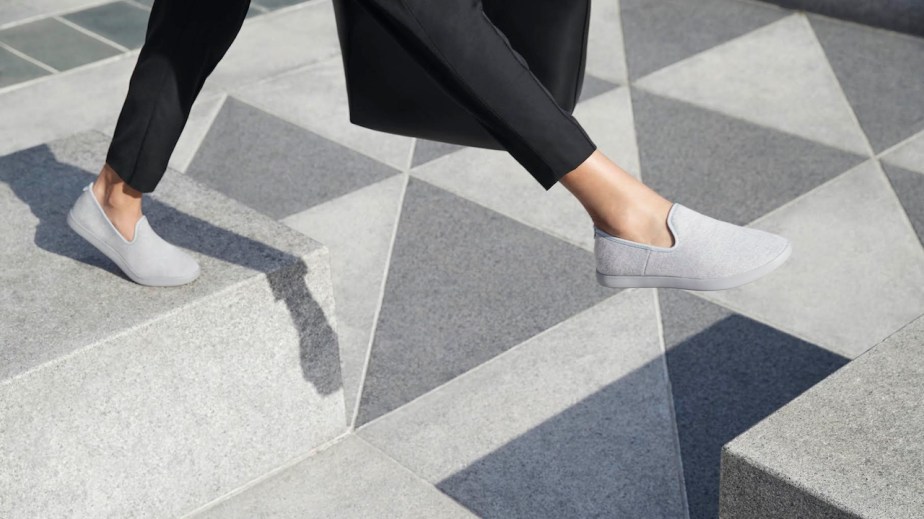 1 year in: Allbirds details the results of its self-imposed carbon tax

As the fashion industry begins to reconcile its impact on the global climate crisis, some brands are putting their money where their mouth is.

In April 2019, Allbirds declared it was self-imposing a carbon tax, as an example of how companies can confront climate change outside of government regulations. Founded in 2016, Allbirds already integrates sustainability into its business by using natural materials to create its shoes — it also sells sleep masks, socks, laces and insoles. Because there’s no reaching “sustainability” and becoming carbon neutral is no easy feat, the brand decided to create its offset program with three projects dedicated to energy, air and land conservation. Allbirds determined that the average shoes it sells produce 10 kilograms of carbon and would require $0.10 per product to offset that amount.

“I would bucket [corporate social responsibility] as a way to express your values, but not really solve the sustainability problem,” said Joey Zwillinger, Allbirds co-founder and co-CEO. “What we’ve tried to do is tie our values and integrate them into product. CSR is more about making sure you are above a threshold or doing something for marketing that promotes your values.”

Allbirds declined to state the size of the fund thus far. The brand was reportedly expected to earn $150 million in 2018 revenue, according to Axios. Rakuten Intelligence estimates that Allbirds’ revenue increased 48% between 2018 and 2019 and that its customers bought an average of 1.7 items in 2019. If it achieved its 2018 sales expectation, it would mean Allbirds earned $222 million in 2019.

Allbirds has invested 26% of its fund into a project called Big Smile Wind Farm in Dempsey Ridge, Oklahoma. It currently operates 66 wind turbines that can generate power for 46,000 homes, the equivalent of offsetting 339,000 metric tons of greenhouse gas emissions per year, according to the company. Another 26% of the fund went toward landfill gas destruction in Citrus County, Florida. As trash degrades, it emits the greenhouse gas methane, which is considered more harmful to the atmosphere than carbon dioxide, so the project uses flaring to burn the methane and convert it into carbon dioxide. The final 26% of the fund goes toward the Envira Amazonia Project, dedicated to conserving 494,000 acres of tropical rainforest. The final 20% went toward a regenerative agriculture project in Sweet Grass County, Mont. The investment in each project was determined by customers, who receive an email about the carbon fund post-purchase.

Allbirds is planning to reapply some of its learnings from the fund to optimizing its supply chain for transparency, said Hana Kajimura, Allbirds head of sustainability. In order to determine that 10 kilograms equate to a $0.10 tax, Allbirds developed a proprietary digital tool to calculate the impact that raw materials, manufacturing, energy usage, transportation and even customers washing their shoes can have on carbon emissions. Since then, the brand has used the tool to develop an environmental scorecard in product development, which it plans to optimize moving forward. It is meant to drive a “rationale and non-abstract” discussion around sustainability, said Zwillinger.

As a registered B Corp. company, Allbirds is given an impact score, which covers five areas including labor, environment and community. Allbirds has an overall score of 89.4, an increase of 7.5 points since its last audit in 2016. Its environmental work accounts for 28.6 points, the largest score in the five areas.

“[The fashion industry] can get into a circular conversation about how difficult sustainability can be, but in the end, we are all smart people, so let’s take our best shot,” said Kajimura. “The complexity and nuance should not be an excuse to sit idly.”