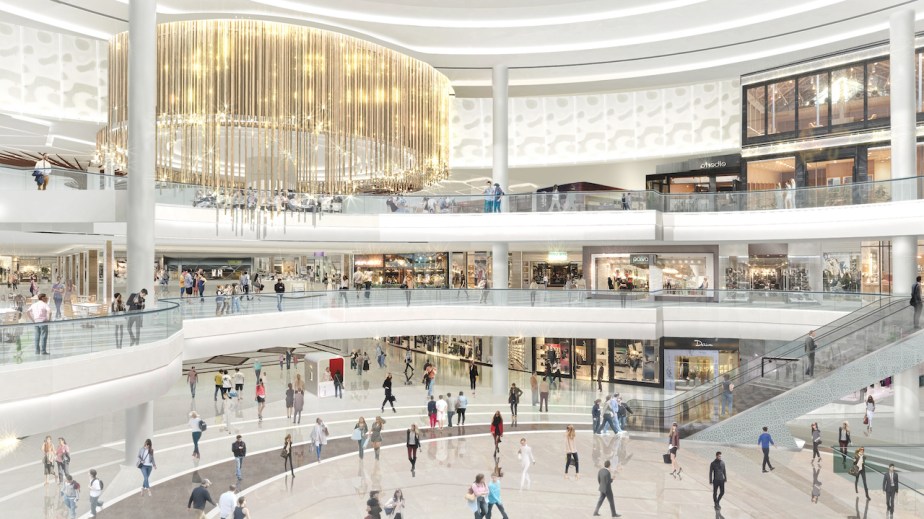 Despite the many obstacles it has encountered since construction began in 2004, the massive New Jersey mall American Dream is still rolling out new retail experiences and bringing in big names.

The company’s latest effort, which opened on Friday morning, is The Avenue, an upscale section of the mall anchored by Saks Fifth Avenue and featuring a selection of stores by high-end brands. They include European brands like Dolce & Gabbana, Hermès, Saint Laurent and Mulberry, along with South Korean luxury eyewear brand Gentle Monster. Louis Vuitton and Gucci will also have a presence, as shop-in-shops within the 110,000-square-foot Saks Fifth Avenue.

Like many aspects of American Dream, The Avenue hasn’t come without its headaches. When the project was first announced in 2019, a number of brands and retailers like Barneys New York and Moncler were slated to be a part of the project. For reasons obvious (Barneys going bankrupt, for instance) and obscure, many of those brands are no longer a part of The Avenue.

Speaking to Glossy in July, American Dream’s chief creative officer Ken Downing acknowledged that brands have dropped out of the launch.

“There’s no way to sugarcoat it: The pandemic set us back,” said Downing. “But we’ve been very fortunate that among the great [retail] partners we anticipated [working with], there were few that did not make it over the finish line with us. We’re taking it as a challenge.”

But the featured retailers are big names, and American Dream is rounding out The Avenue with the kind of experiences that analysts say are necessary to justify extravagant retail costs of operation. For example, it will open with an art-meets-fashion exhibit curated by art gallery Galleri Urbane’s Ree and Jason Willaford. The Avenue also features fine dining from Carpaccio.

“The future of shopping malls is ever-evolving, and retailers are navigating the look and feel of physical store formats in a post-COVID world,” said retail analyst Krista Corrigan of Edited. “However, demand for high fashion brands is trending in a positive direction. On top of its existing loyal shoppers, Gen Z has also taken an interest in luxury, presenting a new generation of consumers. The opportunity lies in dedicating less floor space to transactional merchandise and more to experiential retail.”