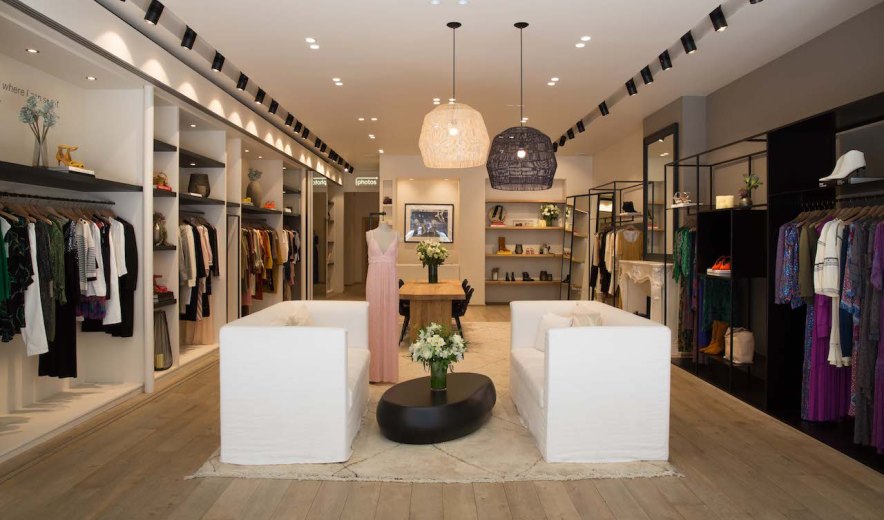 From events to store-exclusive products: How brands are coaxing customers back to stores

Pre-pandemic, one of French brand Ba&sh’s most popular in-store events was the Dream Closet, a weekly Friday happy hour gathering in its Nolita Store in New York City. Customers were invited in for a free glass of champagne and the ability to borrow a piece of clothing for free to return by Monday.

When the pandemic hit, the practice stopped, even after the stores reopened in July. But brands are looking for ways to bring their newly vaccinated customers back into stores. To do so, they’re using events and exclusive in-store products. And Ba&sh is bringing back its weekly happy hours.

Irene Yuan, vp of marketing for Ba&sh in North America, said it was important for the brand to bring this event back, even with the necessary changes instituted for the post-Covid era. For example, attendance will be limited. For starters, they’re strong customer acquisition tools. The brand increased its email list by about 20% per year through the events. Eighty percent of participants, on average, are new to the brand. And the people who rent for free have a 20% conversion rate for making full purchases.

“We wanted to bring our events back, but we also wanted to wait until the appetite for them reappeared,” Yuan said. “In March, we started getting questions in-store and online about [the happy hour] and clients asking about hosting events again. That’s how we knew it was time.” Customers can also host their own events in stores. Ba&sh has been reaching out to VIP clients to offer those events individually.

Yuan said events will play a big part in Ba&sh’s retail strategy. For May, it’s planned 2-3 events at its Nolita store per week.

For its strategy to lure in-store customers, DTC fashion brand La Ligne launched a new feature two weeks ago called L’Atelier. Samples that were made during the product development process for pieces that never ended up going into production — usually for budget reasons — are sold exclusively at the brand’s Madison Avenue store. The brand is marketing L’Atelier through social media and its email list.

La Ligne co-founder Valerie Macaulay said having these products available only in-store is a good way to provide a little extra incentive to come into the store or reward in-store customers with an experience they can’t get online.

On top of L’Atelier, La Ligne is also bringing back in-store events at the Madison Avenue store. On Cinco de Mayo, the brand is celebrating the second anniversary of the store opening with margaritas and free monogramming of products in-store. It’s inviting customers in the New York area through email.

“It was a little tough to think of initiatives to get people into the store, because it’s also a small store,” Macaulay said, citing the 50% store capacity restrictions in New York. “So we can’t do a huge event like we used to.”

Historically, La Ligne has always done most of its business online, around 80%. But Macaulay said she considers the brand’s two stores, in New York and Dallas, important brand-building tools. The company plans to open more stores in the next three years. The first six months after the store reopened in July, it saw very little movement in foot traffic. But Macaulay said, since the beginning of the year, foot traffic has increased incrementally every week.

The notion that physical stores need to provide customers some sort of extra incentive beyond the transaction is one that retailers were well aware of pre-Covid. But the pandemic drove a record number of shoppers to e-commerce sites and, even with stores reopened, many will continue to shop online.

Carina Donoso, senior director of retail experience and incubation at WS Development, said that if customers want a transaction and nothing more, they will just buy online.

“Retail right now has to be hyper-personalized,” Donoso said. “Brands have seen a lot of sales online they haven’t seen before, and the store is competing with the entire internet. So it’s got to offer something more.”

That can take the form of experiential pop-ups, like the ones launched in April by Studs and Injeanius. Both are using Instagrammable art installations to attract visitors.

Other brands have leveraged new tech to bring people in. For example, running shoe brand On’s NoHo store, opened in December, has a sensor wall that suggests shoes based on a customer’s gait. Montblanc’s new Madison Avenue flagship, opened in early April, has an entire tech section where customers can test out its smart headphones and watches, which a rep for the company said is in line with the company’s new focus on experiential.

Athleticwear brand Rhone has gone as far as installing gym equipment from a company called Tonal in its Flatiron flagship store, opened in March, capitalizing on those who have canceled gym memberships.

There’s evidence that retail foot traffic is on its way back. Data from location data company Placer.ai showed that retail foot traffic in New York at the end of March was as close as it’s been to pre-pandemic levels since the pandemic began. And apparel will always have an advantage over categories like groceries and consumer packaged goods because of the desire to try-on clothes before purchase.

But it’s also true that e-commerce has taken a bite out of physical retail’s ubiquity. In the U.S., consumers spent $900 billion more on e-commerce in 2020 than 2019. Retail stores are expensive, and to justify their existence, brands need to work harder.