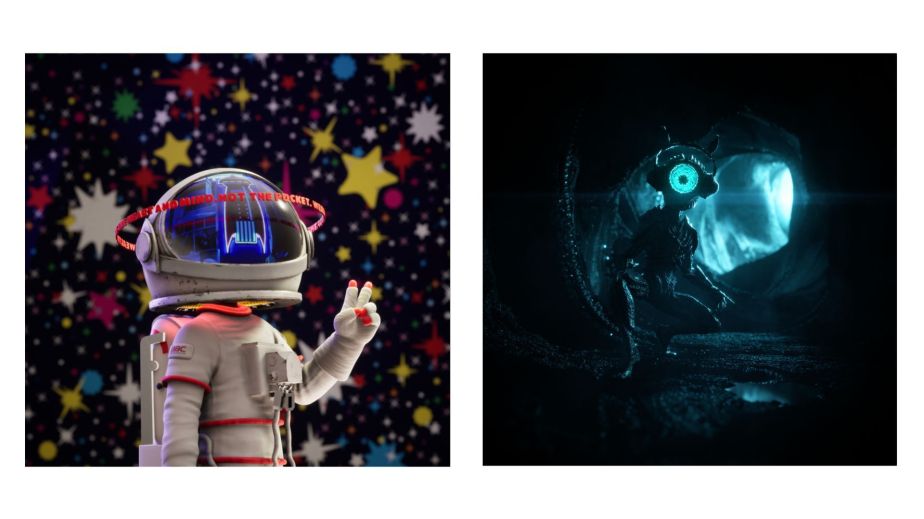 Is it too late for brands to get into NFTs?

Experts and designers across fashion, including namesake brand founders Rebecca Minkoff and Charlie Cohen, are saying it’s just the beginning for the web3 landscape. For them, now is the time to focus on investing, hiring, building the product and understanding the community.

The crypto market has crashed twice this year already. Back in May, the collapse of crypto token Terra Luna wiped $500 billion from the crypto market. And a second crash in June, pushing cryptocurrencies down by 30%, came amid recession news. However, many fashion brand leaders don’t see the dip as a reason to run from NFTs. Instead, they see it as a time to knuckle down and focus on their new demographic of crypto natives and build products catered to their interests.

“The crypto market is plummeting. But actually, that means there’s a lower cost to enter the market and experiment with test budgets to see if crypto can benefit the business’ value proposition and benefit the business as a longer-term approach,” said Moses Rashid, founder and CEO of London-based sneaker marketplace The Edit LDN. The company just began planning its metaverse integration with crypto world platform Bloktopia and was the first global resale sneaker marketplace to accept crypto, starting in June 2022.

Among sneaker resale sites, The Edit LDN is among the most high-end in its offering, with a focus on rare styles. Its long-term shop-in-shop with Harrods has attracted celebrities like Kylie Jenner. Now, working with Bloktopia, it’s creating its first store in the metaverse that is set to launch in November. The company is also testing and strategizing around digital collectibles for the coming year.

Another focus for brands jumping into the metaverse is hiring, as they work to develop their identity in the space. Metaverse manager and coordinator job listings have recently been posted by big brands including Nike, Gucci and Balenciaga since March, and Charlie Cohen said it’s also a good time to enlist Discord coordinators and community developers. “Being able to build out a team is one of the benefits of the market being down a bit over the past few months. It worked in our favor, as we’ve been heads-down and in product mode,” he said. Along with founding fashion brand Charlie Cohen, which collaborated with Selfridges and Pokemon last year, Cohen launched digital fashion label and metaverse platform RSTLSS in 2020. RSTLSS has hired five staff members in the last three months to develop its metaverse team.

“Now that things are quieter, it would be good for traditional fashion brands to take the time to understand and integrate into the community, without this pressure of FOMO,” said Cohen. “For them, now is the time to focus on hiring people who are just dedicated to researching and being in the Discords and Twitter to understand the culture.”

Some companies are also taking time during the market’s dip to develop dedicated products and focus on investing in the space. In March, RSTLSS raised a $3.5 million seed round supported by angel investor Paris Hilton and Twitch co-founder Kevin Lin, and Cohen is now preparing to raise another round. The investment from March was used to grow the team and refine the product strategy for the go-to-market launch. “There’s a lot less noise in the investment space. While there’s more you need to do to justify to investors the value of what you’re building, it’s just a lot less chaotic in the space,” said Cohen.

The Edit LDN is also focusing on attracting investment, having opened up minority equity investment opportunities to its customers through the CrowdCube crowdsourcing platform on August 8. The company surpassed its total fundraising goal within 24 hours of launching.

Rebecca Minkoff, meanwhile, became the first American female fashion designer with an NFT collection, launched in September 2021. According to Minkoff, the attitude toward NFTs has changed in the last two months, moving toward more tailored projects. “There’s definitely opportunity [for brands]. Everything just has to be more carefully thought through. The days of selling 10,000 NFTs in one shot might be over for now, unless it’s more of an affordable play,” she said. “Brands have to be really creative right now and not get high on themselves.”

She noted that last month’s Lacoste NFT launch attracted the NFT community, thanks to Lacoste using Discord as its main marketing platform. Currently, Lacoste’s Discord users are deciding on the look of the brand’s planned PFP NFT.

“There are PFP projects that are proof-of-concept of the most basic level of how NFTs can be used. But there’s so much more to the tech that brands will be able to get involved in,” said Cohen.

Native NFT companies like Aku and Azuki have seen the space evolve, as well. Aku’s astronaut NFT, which launched in February 2021, was featured as a Time magazine metaverse cover for July. In addition, the company launched a fashion collaboration for the metaverse with streetwear brand Paper Planes last Thursday.

Summer Watson, president and co-founder of Aku, said that the biggest cliché in the space is that brands are still early. “If you are hoping to do something easy and quick, yes, it’s too late. There was a moment last year where no brand could do anything wrong or it was very hard to do anything wrong,” she said.

According to Watson, now is the time to get back to basics and think about what is meaningful for brands and their audience. “There are very few industries and groups of people that are as creative as the fashion industry. If anything, this is a huge moment for brands to ask themselves, ‘How do we make noise?’”

One of the projects Watson highlighted was luxury jewelry brand Tiffany & Co., which unveiled its first NFT, the “NFTiff,” last week. It gave NFT project CryptoPunk holders access to purchase a physical necklace copy of their profile picture NFT. “If you’re going to come in and play to the existing audience, which Tiffany’s did really well, be thoughtful about who’s already here, what they have and what they care about,” said Watson.

Cohen and Watson both said that building out the user experience with more interoperable platforms to bring in the mainstream audience is going to be a key brand focus, when it comes to NFTs, in the coming years. “If you’re trying to bring your audience into crypto, what you do to help onboard them is important, because that is a huge user experience challenge,” said Watson.

Cohen added, “At least for the next couple of years, it’s going to be a very slow process to onboard the more mainstream audience into this space.”

Both agreed that while crypto is still plummeting, brands will have to focus on the long game instead of looking at web3 and NFTs as short-time trends.