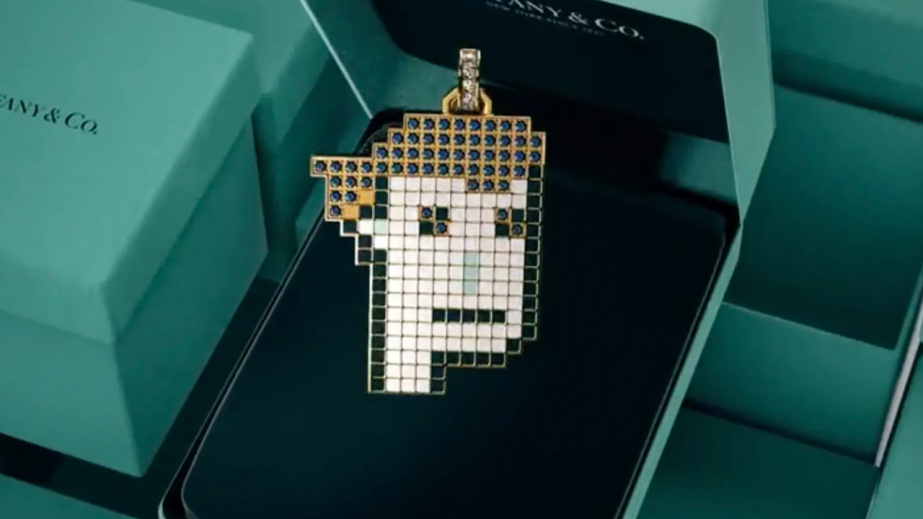 The Weekend Briefing: Luxury brands are still investing in web3

The Glossy Weekend Briefing gives you all the news you may have missed throughout the last week. In this weekend’s edition, we take a look at all the web3 moves that were made by brands including Tiffany & Co., Gucci and MHRS. We also spotlight Addison Rae’s deleted Adidas x Prayer campaign and ThredUp’s new CMO hire. On the beauty side, Ulta Beauty entered the VC space, and Revlon received an initial loan approval, following its bankruptcy filing last month.

Don’t forget to subscribe to the Glossy Podcast to hear weekly interviews with industry insiders and Fridays’ Week in Review recaps. Plus, check out the Glossy Beauty Podcast for conversations with a beauty focus. –Zofia Zwieglinska, fashion sustainability & tech reporter

On Monday, Tiffany & Co. announced it will start selling NFTs for access to physical goods. The “NFTiff”s, as they are called, will allow the holders of NFTs from a CryptoPunks collection to purchase a physical one-of-a-kind replica of their CryptoPunk, in jewelry form.

Each 18-karat rose or yellow gold pendant will feature at least 30 gemstones, which Tiffany jewelers will carefully color-match to the digital image. They’ll be sold for 30 Ethereum, or currently about $51,000. This will mark the first time a luxury jewelry brand has featured the image of an NFT collection on a product. However, the newly-released Tag Heuer Connected Calibre E4 watch also allows one to display an NFT on the digital watch face.

Neither the CryptoPunks nor its parent company, Larva Labs, are directly involved in the collection. The NFT holders own the intellectual property rights to their NFTs.

Meanwhile, on Thursday, Gucci became the first luxury brand to include Apecoin among its payment options through cryptocurrency provider BitPay. Apecoin is the token for the Bored Ape Yacht Club. Gucci currently accepts 10 cryptocurrencies at 70% of its own store locations in the U.S. The capability will be rolled out to all of its stores by the first week of August, according to an announcement.

In addition to Gucci, Balenciaga, Pacsun, Tag Heuer and Alo Yoga have begun accepting cryptocurrencies. But at this point, the demand for cryptocurrency payments is not high. A May report from the Federal Reserve said that 3% of adults have used cryptocurrency to make purchases or transfer funds.

Each item in the MHRS 8-Bit collection of hoodies, hats and T-shirts comes with a QR code granting the consumer an NFT version of the item. The collection is one of the first metaverse-linked streetwear collections that will be carried by luxury retailers, including Saks Fifth Avenue, Neiman Marcus, Selfridges, Harvey Nichols, Beymen, Bloomingdale’s and Farfetch.

The move toward web3-native brands comes as NFT holders and web3 natives are looking for more newness and innovation catered to them in the fashion space. The 9dcc fashion brand from web3 investor Gmoney was announced last month as another brand that will cater to this demographic.

What this means for traditional luxury fashion brands is more competition as newcomers with more know-how in the space target their audience.

Gen-Z influencer caught up in blasphemy battle on Instagram

Addison Rae has been slammed for blasphemy, in taking part in a new Adidas campaign. The TikTok influencer and the brand Praying uploaded images to their Instagram pages on August 3 to promote Praying’s forthcoming Adidas collaboration. In the imagery, Rae wore Praying’s signature Holy Trinity bikini, with “Father,” “Son” and “Holy Spirit” printed across the bikini’s top and bottom.

Created by Alex Haddad and Skylar Newman in 2020, Praying is a popular up-and-coming brand that uses basic typography, slogans and images of pop-culture icons. After significant backlash from the Christian community for the post across Instagram, Rae and Praying deleted the Adidas ads from their Instagram pages. The influencer hasn’t addressed the post or made an apology.

Both past fashion labels like Benetton and present ones like Christian Dior have been mired in controversy for their religious references in campaigns and collections. Less common are instances involving a Gen-Z mega-influencer on Instagram.

Resale platform company ThredUp announced the appointment of Noelle Sadler as its chief marketing officer on Thursday, as it aims to convince more younger consumers to buy secondhand.

Reporting to ThredUp president Anthony Marino, Sadler joins the company as its first CMO in nearly five years and will apply her expertise in e-commerce marketing and merchandising. Sadler’s prior role was at online fashion retailer Lulus, where she also held the CMO position.

ThredUp has primarily targeted an older demographic with its marketing. It’s now looking to take on brands that are launching their own resale programs, as well as other peer-to-peer apps like Depop that have become popular with the Gen-Z age group.

According to a statement from Marino, Sadler will be able to help the company develop its customer experience. That may include updating the company’s website to be more user-interactive, as a way to stand out from the competition.

On Wednesday, Ulta Beauty launched Prisma Ventures, a $20 million VC fund focused on digital innovation in beauty. The company plans to be a strategic partner to a number of startups, providing them insight, guidance and testing opportunities.

The fund is focused on investments in early-stage beauty-tech startups in four key areas, including “personalized and data-driven technology,” “AR, VR and the metaverse,” “technology-powered custom beauty products and in-store services,” and “social commerce.” Since October 2021, Prisma has invested in four beauty startups.

Ulta Beauty joins the L’Oréal Group in moving into VC funding. L’Oréal acquired Modiface in 2018. Its VC firm, Bold, has invested in a range of beauty-tech startups including Japan-based personalized beauty platform Sparty in May this year.

Revlon is making a partial comeback from bankruptcy

Revlon received permission from a U.S. bankruptcy judge to proceed with a $1.4 billion loan on Thursday. This was despite junior creditors’ objections to the loan, arguing that the terms will deter recovering anything from the company’s bankruptcy.

Revlon Inc. filed for voluntary Chapter 11 bankruptcy in late June, after facing a burdensome $3.7 billion debt alongside supply chain constraints and inflation. The loan will not cover the full debt amount.

Rumors of an impending bankruptcy began to float in early June as the cosmetics giant began talks with lenders ahead of a Sept. 2023 loan payment. Revlon narrowly escaped bankruptcy in 2020 when it faced another debt maturity during the cosmetics downturn. It appears that the brand has repeatedly gone into the red, suggesting a major overhaul is needed if the situation is not to repeat itself.

The company’s $3.5 billion debt load had made it late to pay critical vendors in its supply chain. Some of the loan will be used to pay off existing debts to BrandCo lenders, which loaned Revlon $1.88 billion in the years before it filed for bankruptcy.