The story of how Aerie’s crossover leggings went viral is the stuff marketers’ dreams are made of. In November 2020, 19-year-old Hannah Schlenker, a college student, went to the mall in Zanesville, Ohio with her mom and bought a pair of leggings at Aerie. A couple of weeks later, she posted a TikTok of herself wearing the pants and dancing — although, “dancing” is perhaps a hyperbolic description. Schenkler was extremely nonchalant and straightfaced while hip-shaking to the sound of Justin Bieber’s “Drummer Boy.”

TikTok loved it. The 30-second clip currently has 7.8 million views, more than 871,0000 likes, and over 10,000 comments. The comments heavily focus on the leggings, which led to the style selling out. Examples include: “If they don’t sponsor u,” and “the way i just bought 2 pairs in black – Aerie needs to run you a check.” Other comments track the status of the leggings, with people stating, “They are still sold out,” and “They’re back in stock guys go buy them!!”  The leggings sold out six times, accumulating a list of 100,000 people signed up to be notified when they came back in stock.

Yes queen give us nothing (dc: @rianneneill)

The Aerie leggings retail for $44.95, but are often on sale. They’re currently listed at $31.46, making them a fairly accessible purchase for most Gen Zers.

“We had this Crossover Legging as part of our assortment for eight months before Hannah’s post surfaced,” said Stacey McCormick, svp of marketing at Aerie.

Aerie was fast to sign her as a partner — she did a paid post for the brand by December 2020, and was made the face of its crossover leggings and, eventually, its built-out crossover category. Aerie has introduced swimwear, tennis apparel and flared pants featuring the trending crossover waistband, all of which Schenkler has promoted on TikTok, Instagram, and Instagram Stories. In May, she posted herself dancing in celebration of the leggings being back in stock. Her deal with the brand also encompasses appearance days, product photoshoots, and interviews.

In an interview with Glossy, Schenkler seemed overwhelmed by her own accidental fame, and being interviewed for it. Though Gen Z is often said to have a body-positive outlook that is less obsessed with conforming to traditional (read: skinny) ideals of beauty, Schenkler noted the outpouring of comments about her small waist. In her replies, she gave all credit to the leggings. “I was like, ‘Listen, guys. My body does not look like this without the leggings. It’s just the crossover that makes [my waist] look smaller.’”

While speaking about the comments on her body, though they were overwhelmingly complimentary, she became emotional. “I was never really confident like that,” she said. “I have bad body issues, I guess.”

The video was kind of a joke, she said with a laugh. So she was surprised by the reaction, to say the least. “I literally just stood there and moved my arms. My sister was like, ‘You’re gonna post that!?’” Needless to say, she did.

“I feel confident in these leggings, I feel like I look good [in them]. After wearing them in the post, I woke up the next morning, and I remember being like: ‘What is happening right now?’” she said, in response to the buzz.

Shop the crossover craze below. 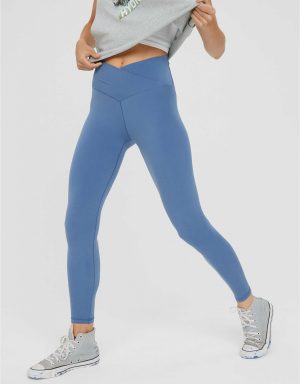 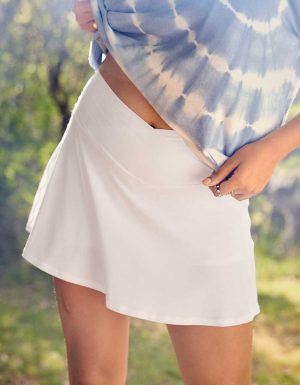 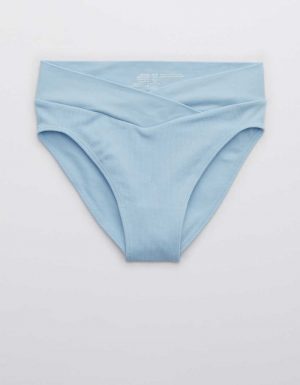 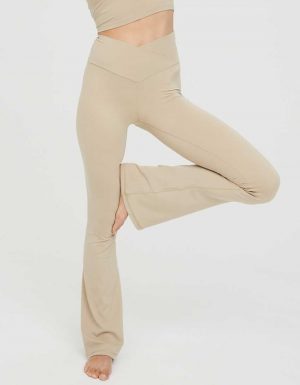 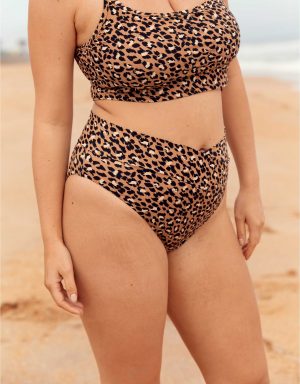