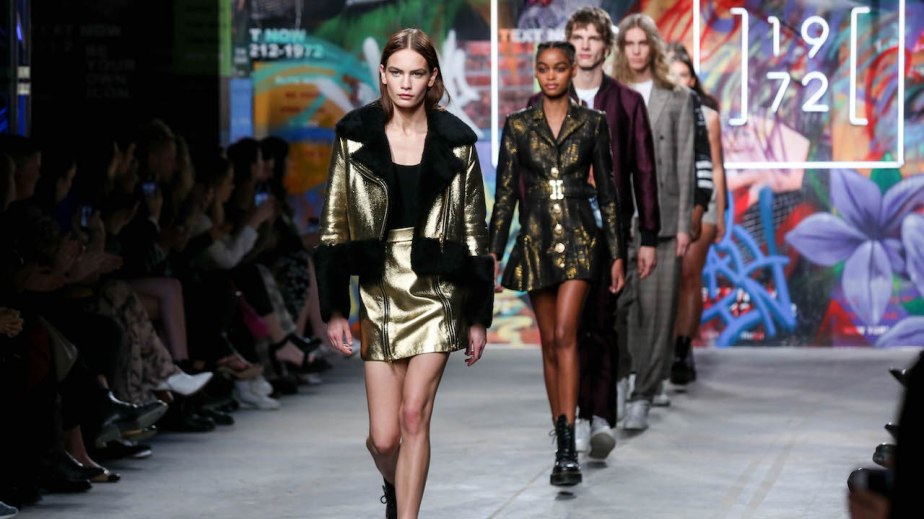 Have we experienced our last fashion week?

The pandemic has brands questioning the efficacy of fashion week and reimagining ways to show their collections that make more sense.

To meet consumers’ desires to buy all styles year-round, designers are creating seasonless collections, making the fashion calendar obsolete. Buyers are finding more convenient and sustainable ways to do their job, and more consumers are looking to street style than the runway for trends. As a result, fashion shows don’t hold the same purpose they once had.  What’s more, with the average cost for building a runway space in New York being $75 000, fashion shows are untenable for small designers. For others, hosting a show could be seen as gratuitous — especially when a potentially more cost-effective option can be found in the digital realm.

On May 6, Milan announced its first digital fashion week will run in mid-July, to replace men’s fashion week, which was canceled due to coronavirus. Paris followed, announcing plans to share creative videos showcasing each fashion house’s men’s spring 2021 collection, scheduled for release on international media networks just before Milan’s.

As couture fashion week has, too, been canceled, many are betting NYFW in September will be next to go. Adjacent CurvyCon canceled its September event on May 4.

“Fashion week as a concept has been degenerating for some time,” said Emily Huggard, author and assistant professor of fashion communication at Parsons. Looking at New York Fashion Week in February alone, Ralph Lauren dropped out with plans to show in April (which was later canceled), Tom Ford showed his collection in L.A., and Phillip Lim sat out. At its height, NYFW had nearly 300 shows. This year, it had fewer than 85.

As designers are also pulling out of wholesale accounts — many, to relieve pressure that comes with sticking to a seasonal schedule — they’re finding fresh ways to share their collections.

On April 27, Saint Laurent released a statement noting: “Saint Laurent will take ownership of its calendar and launch its collections following a plan conceived with an up-to-date perspective, driven by creativity.”

Even before the pandemic, brands were going off-calendar. In February, Jeremy Scott canceled his show in New York and rescheduled it for Paris in July. And last year, Jacquemus showed his spring 2020 collection in Provence mid-season, in June.

Brands not yet ready to say goodbye to fashion week have moved to hosting intimate events during the week to celebrate their collections, talent and process. Last season, Phillip Lim hosted a private party in his New York flagship to share his new collection, and Rachel Comey threw a dinner party in Brooklyn. Casablanca founder Charaf Tajer hosted small parties in hotels that showcased his new pieces.

While there are many ways to increase brand awareness and share new collections, brands will ultimately strive to create experiences that, like a fashion show, are meaningful, impactful, and memorable. That could mean hosting a runway show in a digital space or offering up a virtual showroom.

On May 1, the first high-fashion runway show shot entirely at home, called Fashion Unites, aired live on YouTube. Hosted by head of fashion and beauty at YouTube Derek Blasberg and organized by CR Runway’s Carine Roitfeld in collaboration with amfAR, the show featured models including Natasha Poly, Winnie Harlow and Karlie Kloss walking down their individual makeshift runways to raise funds and awareness for medical workers on the front lines. The video has received over 250,000 views, which is comparable to some of the 20-plus fashion shows that were live-streamed on YouTube last season.

Huggard said, to show off their collections in September, more brands will likely partner with influencers on TikTok, given the popularity of the platform. During Milan Fashion Week last season, Prada hired 16-year-old TikTok influencer Charli D’Amelio, who captured content from the show and posted videos of herself wearing pieces from the brand. Her best-performing post received 5.7 million likes and 36.8 million views.

Balmain and Diane von Furstenberg have experimented with virtual reality fashion week content, and back in 2016, Balenciaga streamed its fall show in 360-degree virtual reality. Huggard expects more designers will partner with VR companies, like Youcanevent in San Francisco, to produce digital fashion shows that feel like the real thing — no large headsets required.

Designers who want to maintain their wholesale relationships have found new ways to communicate with buyers. Last season, brands like Loewe and Proenza Schouler used virtual showrooms, like Joor, so buyers could see their collections and place orders remotely. For his part, Tajer invites buyers to photoshoots and previews, and visits their offices and stores to see what’s selling and learn what they’re looking for. Miller photographs her collections and sends the photos to buyers digitally, along with a swatch book so they can better understand the fabrics.

As for the best way for consumers to view a designer’s collection, influencer marketing continues to be effective. According to an April 2020 survey from fashion search engine Tagwalk, 70% of people follow street-style trends compared to runway trends, with more consumers interested in seeing “real people in their everyday lives.”

The Tagwalk report found consumers would like to see writers, musicians, photographers and journalists as influencers, which is Tajer’s approach to influencer marketing. “If I like an artist, I give him clothes,” he said. “It depends what people do in life. If they’re doing something interesting, that’s interesting for the brand.” Tajer’s Instagram posts featuring musician Lemhlwess get just as many, if not more likes than posts from the runway, he said.

Undeniably, the pandemic has given prominence to the dire need to address the speed of the fashion industry.

“The world was in a very frivolous place,” said Miller. “People will be more serious about what they buy, and brands will have smaller collections with more important items.”