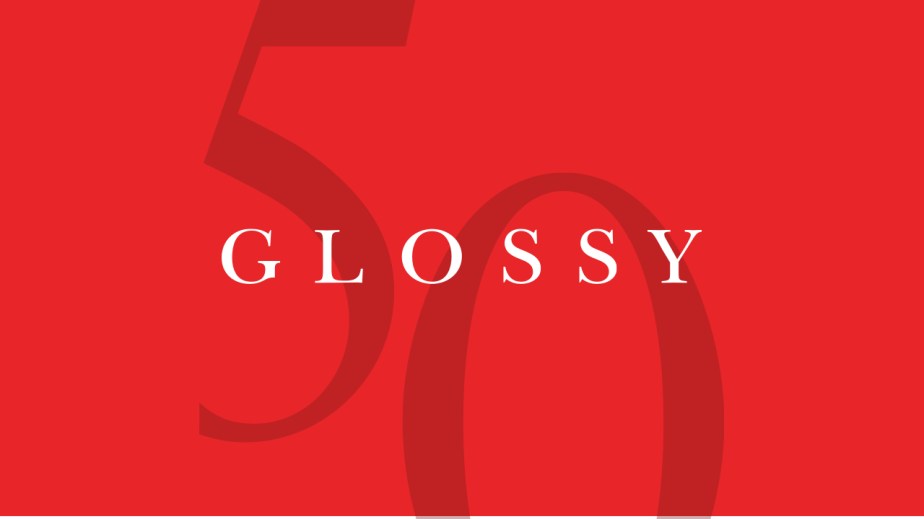 Welcome to the Glossy 50, our first annual list featuring men and women contributing to the transformation of fashion, luxury, beauty and technology.

The industries are being turned on their heads. The heat is on to ship faster, lower prices and be first to market with trends. Those driving these modern strategies are the people we’re recognizing. They’re insiders from 10 categories we cover daily — including platforms, wearables, startups and streetwear — who captured our attention in the past year.

In this feature, we dive into their contributions to their industries’ new directions. Below are the honorees in the Modern Media category. See honorees in other categories here.

Phillip Picardi, the publication’s digital editorial director since 2015, responded with a string of tweets, calling out the importance of sex education. “How can you possibly expect teenagers to practice safe sex if they don’t know what’s at risk?” one tweet reads. It wasn’t the first time he’s justified TeenVogue.com’s content on social.

It used to be the magazine mothers bought for their daughters because it was safe, he says. That’s changed, and the transition was intentional.

“When you were little, did your parents ever turn off MTV when you were in the room and say, ‘You can’t watch that?’” he asks, on a call from his office at One World Trade Center in New York City. “That’s what I wanted for Teen Vogue: It’s on the side of
the young people, and it’s cool that parents are a little afraid sometimes.

As Picardi tells it, there’s nothing irresponsible about TeenVogue.com’s content. Stories on sensitive subject matter see “rounds and rounds” of editing, and daily meetings allow the staff to weigh in on every story.

“We know there’s a right thing to do, and that’s to educate our audience,” he says, noting that TeenVogue.com will always stand for civil rights and equality.

That approach seems to be working for TeenVogue.com’s audience. In June, the site attracted 6.8 million unique visitors, nearly double that of the same period last year, according to comScore.

That boost is no doubt aided by the attention its political coverage has received since a story by Teen Vogue columnist Lauren Duca, “Donald Trump Is Gaslighting America,” went viral following the election.

It was payoff for months of publishing political stories that saw little traction, Picardi says. “We were trusting our editorial instinct versus responding to an algorithm — then, our [political content] basically exploded,” he says.

Picardi’s instinct has served him well. In March, his digital editorial director role was extended to Allure.com. It didn’t take him long to put his stamp on the beauty site.

Two months in, on a mission to diversify content, he launched a wellness vertical with a photo series of five women flaunting their pubic hair. “It was so ripe with conflict because we’re taught that body hair is nasty and that women shouldn’t have body hair because it’s unhygienic,” he says.

He also hired Janet Mock, a transgender woman of color, as contributing editor. She writes a biweekly column on gender and identity.

“It’s exciting to see how Allure has evolved, and we’ll continue to grow,” he says. But that’s not to say its content will ever align with Teen Vogue’s.

Since launching in 2012, Julie Zerbo’s fashion law and business blog, The Fashion Law, has become a highly respected industry resource known for its legitimate legal intel and honest perspective on the fashion world. Unafraid to criticize copyright infringement and the lack of diversity or sustainability, Zerbo has taken on juggernauts like Chanel and Zara and written regular columns for WWD and The New York Times. Zerbo says her continued mission is to provide readers with insight that isn’t “dictated by industry politics or advertiser bias.” Her work has had larger reverberations, including more transparency surrounding sponsored content and greater awareness of the cost of fast fashion. It’s refreshing and effective — a combination the industry needs now more than ever.

As Michelle Lee approaches her two-year anniversary as editor-in-chief of Allure, she has a lot to be proud of. The former Nylon CMO has not only overseen a revamp of Allure’s website and e-commerce strategy, but also redefined what beauty means to the magazine, with a focus on increasing diversity and tackling taboo topics. Recent covers featuring women of color, videos on subjects like albinism and provocative features like a story on pubic hair (which garnered quite a bit of controversy on the internet) serve as a testament to that.

What is the biggest misconception of your job?
When I came to Allure, a lot of people said to me, ‘Oh, you get to work with mascara and eyeliner and lipstick every day!’ They are absolutely right. And that’s great, and it’s a huge part of the job. But the most exciting thing to me is how we define beauty and the whole redefinition of beauty.

How are you working to redefine beauty?
In April, we had our first-ever diversity issue that included 41 women of color. It was a very defining moment for us — it wasn’t just talking about hair. For our July cover with [model] Halima Aden, we were the first mainstream magazine in the United States to feature a woman in a hijab.

What does diversity mean to Allure?
When people think of diversity, we think racial and ethnic diversity, but it’s also about body type, age and gender. Today, we have a number of “beauty boys”; we have many more women of color. Across every platform, it’s been a really lovely shift for us in the way we think of the brand.

How has Allure handled the backlash that tends to follow pushing barriers?
When you do things that are provocative, there are always going to be people on both sides; we expect that. We still believe strongly in our message of diversity and inclusion, and I’m OK with people not loving it. It’s more of an issue within them than it is with us.

Do you see a place for a Trump supporter in your readership?
Being inclusive and showing diversity shouldn’t be viewed a liberal or conservative issue. Our goal is to challenge antiquated standards of beauty, and we strongly believe that showing and celebrating diversity is an important piece of that conversation.

When Quartz launched in 2012, the news outlet was not expected to deliver great fashion coverage, but reporter Marc Bain has singlehandedly changed that since joining the company in 2015. Now, Quartz is a go-to for industry-related deep dives, from a piece on Helmut Lang’s legacy to an exploration of the “homeworker” phenomenon, in which low-wage workers produce fast fashion in their kitchens. Bain’s career path, as he describes it, has been somewhat circuitous — he hopped from health reporting at Newsweek, to literature editing at SparkNotes and then to handling production for Korean – German menswear designer Siki Im — but he had his sights set on fashion reporting. “I always liked clothes. They’re such a huge part of identity in the U.S. and elsewhere, especially when you’re growing up,” he says of his initial interest. Today, his writing shines an honest light on an industry prone to smoke and mirrors.

When GQ needed someone to lead its new spinoff fashion publication, it didn’t have to look far. Enter Will Welch, an eight-year veteran of GQ, who took over as editor of GQ Style when the magazine launched in early 2016. Welch started his media career at New York-based music magazine The Fader, climbing the ranks to deputy editor. Welch is tasked with overseeing the quarterly magazine and carving a niche focused on international style with a fresh, differentiated voice. Beyond setting the editorial agenda, Welch plays a significant role in courting new luxury brand sponsors and advertisers to the magazine — no easy task in the volatile media market. With recent covers featuring leading men Brad Pitt, Aziz Ansari and Jared Leto, paired with the continued growth of the menswear market, GQ Style is solidifying its place on the newsstand under Welch’s tutelage.

As the executive editor of Highsnobiety, Jeff Carvalho acts as a translator, deciphering the often opaque world of streetwear to outsiders. When The New York Times wants to find out why people keep lining up outside of Supreme, the publication turns to Carvalho to explain. Highsnobiety, which has 3 million monthly visitors according to comScore, has become a bible of sorts for sneakerheads since it was founded in 2005.

Streetwear is an elusive category. How does Highsnobiety interpret it for both insiders and outsiders?
Highsnobiety brings cultural literacy to the industry. Our advantage is that we’ve been covering this market for years. We have context, and we know how to best reach this audience.

How do you explain the convergence of streetwear and high fashion? Did you see it coming?
For us, it feels like a point of acceptance. For a long time, it felt like streetwear was in a bubble and anything outside of it was afraid of going anywhere near it. The convergence of luxury and streetwear has been a long time coming, though. It’s like a point of acceptance, and we’re happy to feel like we’ve guided much of that conversation.

Is social media responsible for this acceptance?
Social media has given the community a new place to congregate. I don’t know that it’s responsible, but it does provide a sort of open door for newcomers to get access. We launched a series on Instagram Stories this year that’s been really successful: It’s a premium content play for us, with well-made videos telling the story around whatever’s the most talked about for us that day. That pulls in millions of views.