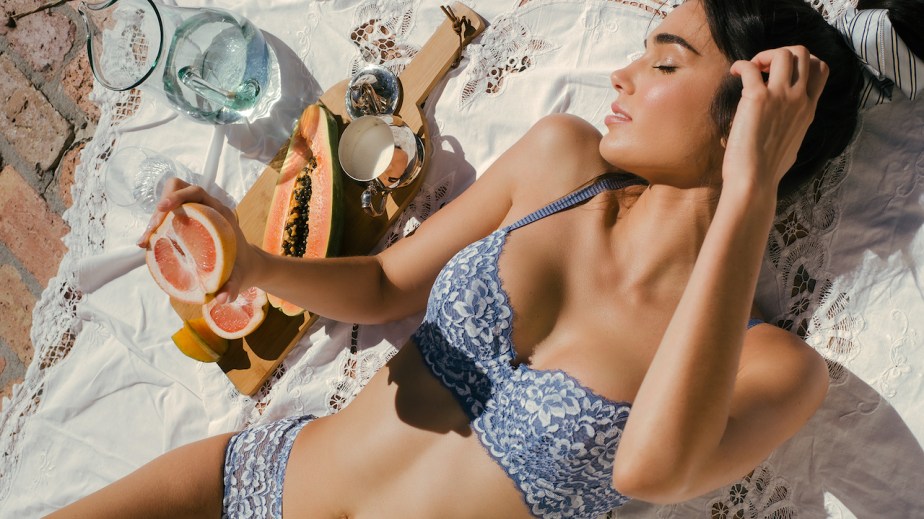 Switzerland-based Calida Group wants to be the Nike of lingerie.

During an investor presentation on Thursday, the publicly traded company announced its acquisition of 39-year old Cosabella, the family-owned underwear brand based in Miami. Motivated by its Accelerate 2026 growth plan, set in November, the move marks the company’s second lingerie brand acquisition in less than four months. Since 2019, it’s sold off three of its four brands in the outdoor equipment and apparel space, with plans to exclusively focus on the lingerie sector. Prior to the new plan, its portfolio included European lingerie brands Calida and Aubade.

“The big guys are getting bigger,” said Timo Schmidt-Eisenhart, CEO of the Calida Group, pointing to brands including Nike in activewear and Patagonia in outdoor apparel. “But then you’ve got the small brands that are scrambling around. The underwear-lingerie business hasn’t gone through that [differentiating] phase yet, but in the next 5-10 years, the market will determine the right balance and number of brands.”

He added, “In areas like e-commerce, digital, IT and supply chain sourcing, we can outpace and outpower the single brands out there.”

Schmidt-Eisenhart joined Calida Group in early 2021, after spending eight years at Nike followed by 13 at VF Company, where he focused on global expansion and business model development.

While many fashion brands failed to weather the pandemic storm of the last two-plus years, industry giants with stronger infrastructures, immediately available resources and, therefore, more stability have been able to take advantage of opportunities and strengthen their footholds on their respective markets. Along with pouncing on prime real estate vacancies and deals, they’ve moved in on brands newly open to the ideas of investors, exits and strategic partners.

“With [the Cosabella] acquisition and a [new] foot in the door in the U.S., we are more or less doubling our addressable market,” Schmidt-Eisenhart said.

To date, Europe has accounted for 97% of Calida Group’s lingerie sales, while the U.S. has made up just 2%. In 2021, the company generated more than $300 million in revenue across its brands.

The lingerie market has evolved during the pandemic, with consumers moving their spending from styles with underwires and padding to sports bras and bralettes. At the same time, according to NPD Group data, overall sales in women’s intimate apparel, including sleepwear, have increased – it saw 16% year-over-year growth in fall 2021. NPD expects the category to grow 3-5% per year moving forward.

On a smaller scale, 9-year-old ThirdLove’s acquisition of Kit Undergarments last month was also a move to take on a larger share of the market amid a period of great change.

According to Schmidt-Eisenhart, Calida Group’s differentiating focus is “real brands with a real history,” rather than “labels that were created at some point with little reason.”

For its part, Cosabella was launched by the parents of current brand leaders Guido and Silvia Campello, plus it has roots in Italy. In 2021, it did $29 million in sales, according to the company. And it’s averaged 22% annual sales growth in the last five years. Guido Campello is also an owner of lingerie e-tailer Journelle, as of 2019.

At the center of Calida Group’s expansion strategy is the On My Skin e-commerce platform, currently housing 60 lingerie brands, including its own. Along with being a sales channel, it’s intended to serve as an opportunity for brands to tell global consumers about their values and European heritage.

Filling the white space within its portfolio with a range of values-driven brands is a clear priority for the Group. In February, it acquired Germany-based Erlich Textil, which markets its sustainability focus. And Cosabella has long championed inclusivity. It launched “nude” underwear in a wide variety of skin tones in 2014, plus it’s expanded to more sizes and the men’s category within the last year.

The $80 million deal calls to mind French luxury resale platform Vestiaire Collective’s acquisition of U.S.-based competitor Tradesy, in April. The deal was intended to fast-track the company’s growth in the U.S. and worked to boost its membership size to that of its closest competitor, U.S.-based The RealReal.  Vestiaire is backed by Kering. Resale boomed during the pandemic and is expected to be a $76 billion market in the U.S. by 2025.

Industry speculation America’s ability to build an LVMH-like conglomerate has been circling for years. For Cosabella, establishing a partnership with a European company, specifically, was a goal, based on the wishes of the original founders. “One of the biggest challenges posed to me by my parents was to find a [company] bridge to Europe and keep Italian [craftsmanship] relevant,” Guido Campello said.

Calida Group is bullish on investing in physical retail, with Schmidt-Eisenhart betting on the notion that digital’s acceleration will slow and those with solid omnichannel businesses will flourish. “It’s good to have more than one leg to walk on,” he said, calling that especially true for lingerie brands. The market’s favored small-footprint stores are often “cash cows,” in contrast to the “problem-child” stores of other fashion sectors, he said.

For Cosabella, which had three stores pre-pandemic that have since closed, the physical touchpoints it’s focusing on, for now, are specialty stores and shop-in-shops. The former has become its fastest growing wholesale segment, while the latter has much potential as big-box retailers return to full strength, Campello said.

With M&A a key driver of its growth strategy, it would make sense for Calida Group to next scoop up a lingerie brand in Asia. According to Schmidt-Eisenhart, the company will “be there eventually,” though its immediate focus will be strengthening its U.S. and European businesses.

IMG and Public School bring back Made

On Thursday, IMG announced it’s relaunching its Made program via a two-day fashion, culture and community event on June 24-25. Set at Brooklyn Bridge Park and open to the public, the PayPal-sponsored activation will be curated by Public School designers Maxwell Osborne and Dao-Yi Chow. It will include fashion shows, DJ sets, shopping opportunities and performances by talent including choreographer Parris Goebel. Some of the featured fashion designers will receive mentorship from Osborne and Chow, while others will collaborate on designs using Public School deadstock materials.

With its mission to foster talent, Made is arguably best known for its runway show-focused event that ran adjacent to New York Fashion Week for years. “By intertwining discovery with collaboration, it propelled many of the most promising artistic minds of its time to the most powerful positions in the industry in the midst of the 2000s economic crisis,” said Joshua Glass, executive editorial director at IMG. “IMG’s opportunity to reintroduce the influential program now — at a time when young, independent creatives need help more than ever — is critical.”

As for PayPal’s role, Amanda Miller, vp of corporate affairs, said, “This gives us another platform to promote emerging creators and small businesses while providing them access to the tools needed to help them grow.”

In a working group session during Glossy’s E-Commerce Forum on Monday, brands discussed their recently explored channels that are proving effective sales drivers. An executive from activewear brand Alala listed a handful of brand marketplaces, including that of Express.

Dubbed Express Labels We Love, the 3-year-old marketplace houses brands that are complementary to the Express assortment, according to a brand spokesperson. In total, it features 80 brands from categories including swimwear, sleepwear and beauty. It currently features 109 Alala products, ranging from sports bras to tennis skirts.

According to Denise Lee, founder of Alala, “marketplaces [drive] a small but growing percentage” of the brand’s total revenue. This year, Alala started selling on Amazon, which Lee called a test that has shown good promise.

While Alala doesn’t yet feature a brand marketplace on its own site, it’s dabbled in the strategy. “We’ve done some initial tests with friendly brands that have been successful,” said Lee. “There is always opportunity for cross selling, especially with brands that align with our customer base.”

​​​On Wednesday, Mytheresa became the latest fashion company to expand its focus to the home and lifestyle categories. Among the 60 brands that make up its new offering are Loro Piana, Missoni and Dolce & Gabbana. New products include tableware, pet accessories and travel gear. The move follows the company’s launch of kidswear in 2019 and menswear in 2020.

According to a company spokesperson, the launch required the hiring of dedicated teams to carry out both its buying and operations. Unique challenges within the category include new shipping, storage and packaging requirements, as well as lengthy production lead times. They declined to share goals for the category, in terms of percentage of overall sales.

With Burberry announcing its ban of exotic leathers, more brands are expected to look for leather alternatives.

Snap’s AR try-on tool has legs, according to American Eagle.

An early mover to the DTC model, Thakoon is inching back into wholesale.