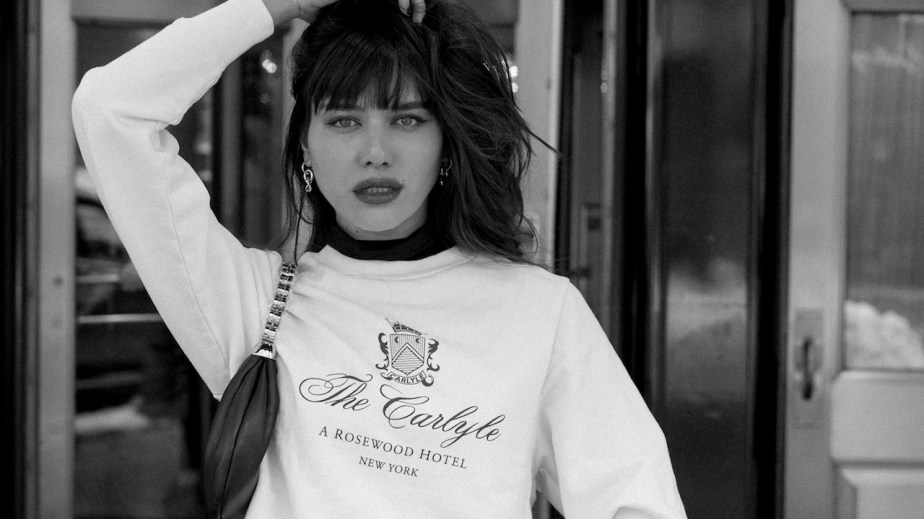 This week, a look at how the industry is rallying for New York City’s recovery.

New York fashion designers are campaigning for the return of the city they call home.

In a flurry of collections, collaborations, social posts and marketing campaigns released over the past three weeks, brands from Todd Snyder to Carolina Herrera have proclaimed their love for New York and its iconic institutions. For most, the city is their foundation; they’re now stepping up to support it.

On Monday, Todd Snyder launched TS X I Love NY, a four-piece capsule collection of crewneck sweatshirts and hoodies featuring Milton Glazer’s well-known I Love New York logo. Fittingly, the Glazer design was created in a downturn in the city,  in the ’70s, to promote local tourism. Alongside images of the pieces on Instagram, the brand posted captions stating its loyalty to the city. “While others may cut and run, we’re cutting, sewing and doubling-down on New York,” one said. Another featured a quote from Snyder, himself, saying, “It’s the coolest place on the planet. Why would you live anywhere else?”

Todd Snyder was founded in New York, in 2011. Since, Snyder said he and his team have intentionally scouted photoshoot locations that speak to the city’s history. That’s included the Lower East Side’s Economy Candy, opened in the ’30s, for a Champion and Looney Tunes collab in 2019. They’ve also linked with brands deeply immersed in the city. In January, it released a capsule with designer Ouigi Theodore, behind the shop Brooklyn Circus.

In addition, they’ve teamed with organizations aimed at raising funds and awareness around the city’s recovery. Five percent of retail sales from the I LOVE NY collab will go to the First Responders Fund.

“New York is our home, our playground and our creative inspiration,” said Snyder, who noted that both of the brand’s stores are located in the city. “I couldn’t possibly count every way this city has influenced me over the years, but I will always pay homage.”

Snyder said the company’s been “mostly working virtually” for the last year, though that’s presented a fair share of challenges that all fashion companies have faced. And moving from New York won’t solve that.

“The city is the nexus for so much culture and creativity that I can’t imagine fashion will ever leave,” he said. “How brands decide to show up might change, but I don’t think you can truly ever leave New York.”

Fashion merch for all things New York, from Zabar’s to the Yankees, is having a moment. Companies beyond established fashion brands are popping up to let New Yorkers past and present sport their support for their favorite city and neighborhood haunts. Often, the companies’ sales of T-shirts and totes serve as a contribution to returning the city to a familiar state. For example, there’s Neighborhood Spot, helping small businesses including Baz Bagels in Little Italy and West Village-based Casa Magazines. Plus Merch 4 Relief sells merch for restaurants like the Cobble Hill’s The HiHi Room, known for comfort food. And that’s not to mention the many restaurants that have independently launched new revenue streams via wearable products.

In mid-February, Mickey Drexler-backed fashion brand Alex Mill debuted $45 bright T-shirts reading “NY Forever.” The style is a collaboration with an organization of that name that also aids the city’s recovery. To promote the collection, Alex Mill enlisted NYC street style photographer Mister Mort to shoot a diverse array of New Yorkers like designer and DJ Vashtie Kola and Moonlynn Tsai, co-founder of Kopitiam Restaurant and Heart of Dinner. For Instagram posts, each was asked to complete the sentence, “Only in New York could you …” The brand is donating 100% of the shirts’ net proceeds to ROAR, created to support area restaurants. It’s the first of several limited-edition product drops NY Forever plans to release with designers.

Like Snyder, Alex Mill founder Alex Drexler has spent most of his life in NYC. He started the company in the city, and subsequently set up its headquarters and only store there.

“We are very proud to be New Yorkers and constantly inspired by everyone and everything about this city,” said Alex Drexler. “It’s a driving force.”

Fashion brand Frame released on March 1 a three-piece collaboration with legendary Upper East Side hotel The Carlyle. Part of the brand’s spring 2021 line and inspired by the NYC neighborhood in the ’70s, the collection includes two crewneck sweatshirts and a baseball cap. Brooklyn-based influencers and sisters Natalie (750,000 Instagram followers) and Dylana Suarez (206,000) are featured in campaign imagery.

Frame opened a pop-up on Madison Avenue in October that will be transformed into its flagship later this spring. In keeping with a trend, the store’s concept is “a love letter to New York,” said co-founder and creative director Erik Torstensson, who just moved to the city from Los Angeles. To illustrate “the energy of the city,” it houses a photo exhibition featuring friends of the brand and fashion industry personalities “who have always kept New York vibrant and relevant,” he said. They include models Imaan Hammam and Karlie Kloss.

Torstensson said Frame has always gelled with the “sophisticated yet casual, cool vibe” of New York, and he’s confident in the city making a strong comeback.

“It will continue to be one of the most important places for fashion — a destination for people to discover new brands and designers, and find inspiration,” he said.

Frame isn’t alone in turning the spotlight on NYC locales. Nili Lotan, founder and CEO of her namesake brand, said she’s been dedicated to highlighting and promoting her favorite local businesses to the company’s 88,000 Instagram followers. For example, on February 9, she posted images of Tribeca-based Frenchette Bakery, and on February 18, she showed herself and her husband shopping at Eataly Downtown.

Lotan was early to launch NYC merch mid-pandemic. In April, she released a line of casual tops in the brand’s signature camo print, splashed with “Nili Lotan Loves New York.” According to Lotan, it was bought by a lot of New Yorkers and those “who left and missed the city.” Proceeds from the collection’s sales, along with that of masks and styles sold on a newly launched discount site, contributed nearly $30,000 to NYU’s Langone hospital.

“It wasn’t a marketing thing, it wasn’t a fashion thing,” she said. “It was just being a citizen of New York and thinking, ‘OK, what can I do?’”

She hinted that a return to a normal is still a ways away, particularly if other industries are like fashion. “I’m not socializing; I’m focusing on getting my business through this,” she said. “If brands are concerned about marketing and fashion shows and parties right now, they’re doing it for the sake of surviving and not for the fun part of it.”

On that note, a wave of designers dedicated their recently released fall 2021 collections to the city. On February 23, Khaite hosted a group of editors at Brooklyn’s Skyline Drive-In and debuted a short film by director Sean Baker. It was set to Ace Frehley’s “New York Groove,” and in a press statement, Baker called it a “crazy love letter to New York City.” The same day, Carolina Herrera introduced its 40th anniversary collection for fall 2021, themed “I Love New York.” Its corresponding short film features models at NYC hotspots and the 1977 song “Native New Yorker” by Odyssey. Per the website, creative director Wes Gordon called the collection “a love letter to New York City” and “a rallying cry devoted to the city that never quits.”

Indeed, it’s fighting. Lotan said that, on Wednesday, the first day of fall 2021 market, she and her team physically hosted three parties of buyers at the brand’s showroom. “I haven’t felt that energy for a long time.”

And she’s sure it’s a sign of things to come. “New York needs a lot of love right now,” she said. “But it’s still a great city, and I’m sure it’s going to come back. I don’t see any reason to go anywhere else.”

The Farfetch and Tmall partnership kicks off.

What ever happened to Amazon’s Luxury Stores?

The resale strategies of LVMH and Kering couldn’t be more different.