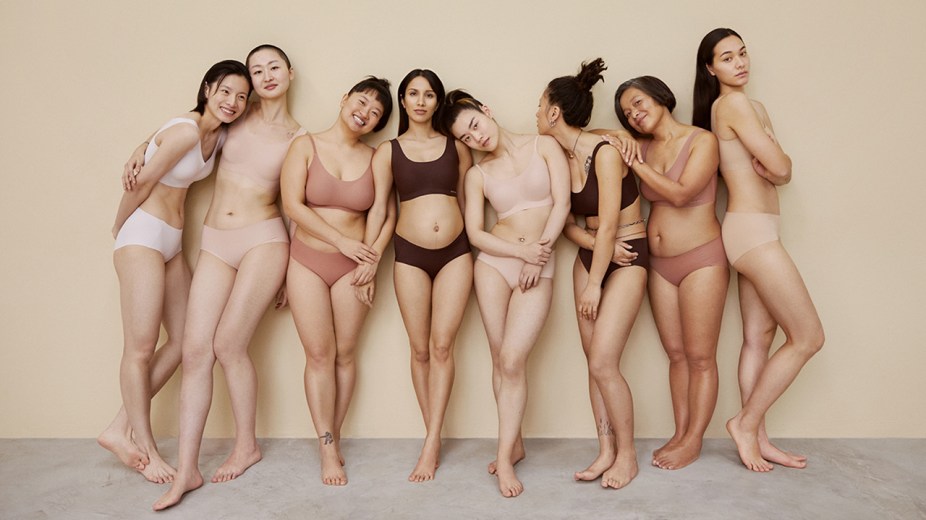 Ahead of International Women’s Day on March 8, China’s homegrown lingerie brand Neiwai launched a female empowerment campaign that got kudos from local media and female shoppers, via digital channels — despite the fact that it’s nothing new.

Founded in 2012 as a direct-to-consumer brand, Neiwai (which means “inside and out” in Chinese) has a digital presence on WeChat, Tmall and JD.com, and more than 100 brick-and-mortar stores across Mainland China. Eying a global audience in recent years, it launched an English e-commerce site in August 2020 and is now preparing to open its first flagship in the U.S.

In Oct. 2019, Neiwai completed a series-C round of funding with a valuation of over $1 billion and growth rate of 100%, according to local tech publication 36Kr. Over the last Singles’ Day Shopping Festival, a shopping holiday created by e-commerce giant Alibaba, it was listed as Tmall’s fastest-growing brand based on GMV.

Its 2021 IWD campaign, titled “No Body Is Nobody,” was featured on WeChat, Weibo and Little Red Book. It centered around eight females with different body shapes and skin colors, of a variety of ages, and from different regions of Asia. But it was the brand’s hope that its audience would look beyond the obvious “diversity” label when viewing it.

“We don’t want to put tags on people,” said Hailey Xue, the brand director of Neiwai. “Every woman has more than one identity, and every individual is nuanced and complicated.”

In early 2020, Neiwai’s Women’s Day campaign under the same title focused on body diversity and shed light on the anxieties and insecurities of six Chinese women over body image, which struck a chord with the local audience. Under the campaign content on WeChat, one follower wrote, “Finally, a brand with the right beauty standards.” Another wrote, “I’m experiencing the terrible emotions of body shame, but now I’m cured!” More shared how they saw themselves in the featured women, who were old, young, scarred, curvy or thin.

Along with new criticisms around trends that breed body negativity, such as “Brandy Melville girls” — the retailer offers clothing in one extra-small size — it is part of a larger female awakening in China that’s not just about women’s bodies, but also their identities. The rise of female-centric TV shows and programs over Summer 2020, including reality show “Sisters Who Make Waves” and the eight-part monologue series “Hear Her” further forwarded social conversations around ageism and gender issues.

For IWD 2021, Neiwai decided to build on last year’s campaign by expanding the scope from body image to women’s collective power. “We hope to bring new meaning to the slogan every year,” Xue said. “‘No Body is Nobody’ will become Neiwai’s core brand message and grow with the audience.” Staying on the theme also keeps social followers focused on the official Weibo hashtag, which has garnered 12.5 million views in just over a year.

The campaign’s message is still powerful, despite that it’s not new, said Olivia Plotnick, founder and CEO of China-based social marketing agency Wai Social. “Society has set unachievable standards for women, and that pressure is especially immense for Chinese women today. They’re beginning to break from this centuries-old, traditional view of what a woman should look like, how she should act and what she should do with her life,” she said. Plotnick has also served on the Shanghai branch of nonprofit International Professional Women’s Society for three years.

What’s new in the latest campaign is in the details. Featured are Neiwai’s latest products: new versions of its one-size-fits-all Barely Zero series bras. It also highlights a pledge to donate 1% of the income from Barely Zero to China Women’s Development Foundation. Last year, Neiwai made a 14-minute documentary about the six featured women and held a content series called “Body Talk.” This year, it plans to use podcasts to drive in-depth conversations about gender issues.

On Feb. 24, another top-selling DTC lingerie brand in China, Ubras, experienced great backlash after having celebrity male comedian Li Dan endorse its products on Weibo, using the statement, “This is a piece of lingerie that can help women win their career when lying around.” Both the brand and Li issued apologies after local media and social media users deemed the message discriminatory.

Plotnick said that brands in China should be cautious around female-oriented marketing. “Given the competitive market, brands in China are often so hyper-focused on short-term sales results, they neglect a long-term ‘brand-building’ mindset. This can lead to mistakes, like in the case of Ubras,” she said.

On the other hand, she said, China has a whole generation of consumers wanting to write new narratives for themselves. “The brands which continue to drive these types of conversations and create a positive space and community around them will continue to resonate with consumers,” she said.