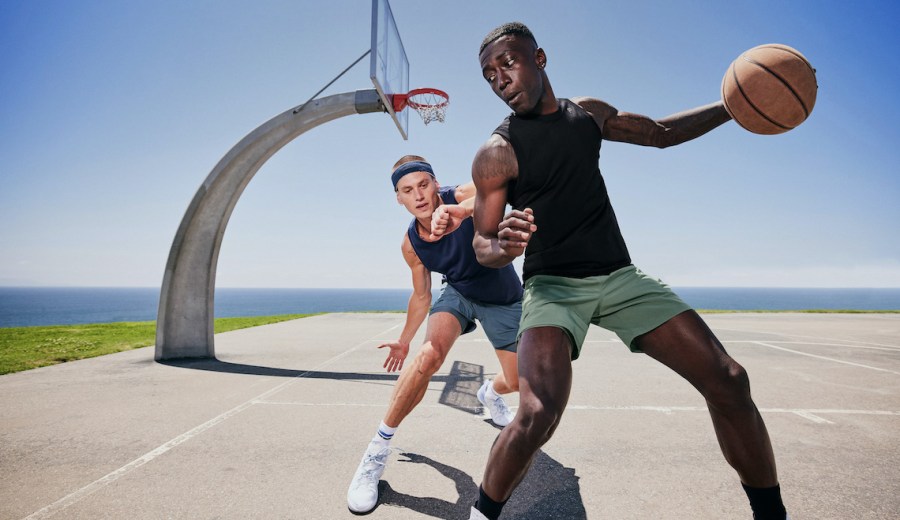 The standard way activewear brands get involved with organized sports involves sponsoring a professional or college team, providing jerseys and apparel to players, or licensing merchandise. But Fabletics CMO Ryan Heller felt there was an opportunity to do something different.

Heller believes that sponsoring a tournament rather than a specific team is disruptive.

“It’s different from how a lot of other brands would do it,” Heller said. “We don’t want to follow the pack.”

In addition to having its branding associated with the tournament in name, there will be licensed merchandise related to the tournament on sale on Fabletics’ online store. Fabletics is planning both formal and informal partnerships with individual players, though none have been announced yet, to evangelize the brand through social media and to host raffles and giveaways on campuses where games are played.

Heller said the choice to focus on college sports over professional was motivated both by Fabletics’ desire to expand its men’s business and the fact that college athletes tend to have greater influence over their campuses, compared to professional athletes, despite the smaller fanbase. It’s akin to micro-influencers having higher engagement with a smaller audience, over influencers with larger audiences.

Notably, college athletes only recently won the right to be paid for the use of their image and likeness this summer. Fabletics has previously seen the power of team sports to drive sales. In 2019, Fabletics signed a 2-year deal to be the official activewear partner for Varsity Spirit, a company that hosts cheerleading competitions across the country. At the time, Fabletics told Glossy those events drove $500,000 in revenue in one year.

“At some colleges, the athletes are like celebrities,” Heller said. “Everybody on campus looks to them and pays attention to them. Imagine if we could get thousands of kids at a school like Florida State all seeing the logo and wearing Fabletics. Sure, we could pay one superstar pro athlete a lot of money to promote the brand, but we see this as more organic and focused.”

Fabletics, which passed $500 million in revenue this year and is reportedly going public soon, is not the only fashion company to see the value in sports fans and merchandise. On Thursday, Nordstrom announced a partnership with licensed sports merchandise company Fanatics, adding thousands of Fanatics’ sports items to Nordstrom’s online store. The orders will be fulfilled and shipped by Fanatics, but sold through Nordstrom’s front-end site.

The Nordstrom Sports Fan Shop is the first time the retailer has ever sold sports merchandise, opening an entirely new category for the company. In a press release, Nordstrom chief merchandise officer Teri Bariquit said, “Through this innovative partnership model and new product category, we can now meet the needs of sports enthusiasts and the people who shop for them.”

Heller said a major part of the appeal of college sports is just how massive the audience is. The NCAA generated nearly $20 billion in revenue last year. The Jacksonville Classic will be televised on CBS Sports and gets an average of 24 million viewers.

“This is the kicking-off point for our sports strategy,” Heller said. “We’re working with some athletes right now. We’re looking at maybe doing some full-team things in the future and more campus activations. There are a lot of ways to approach college sports.”