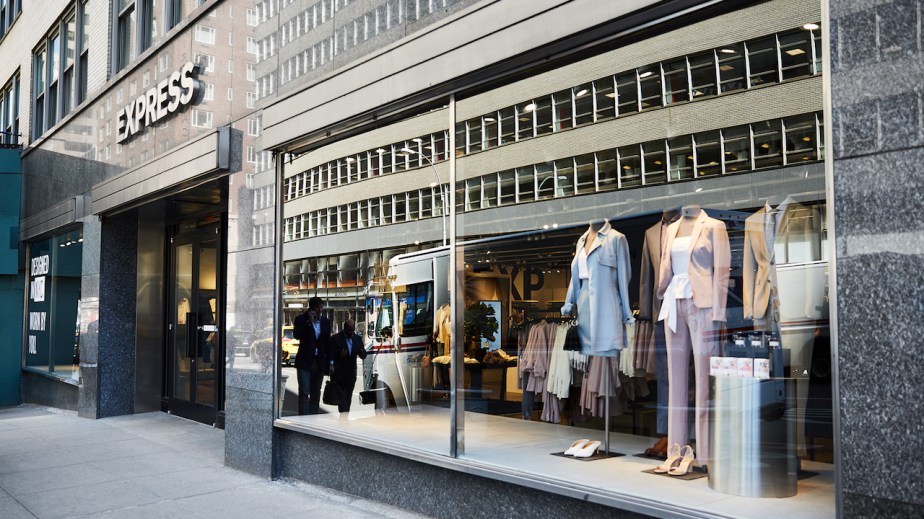 Express’ ambitions to leave the mall behind are paying off

Express wants to be more than a mall brand.

That was a talking point the company hit on several times throughout its third-quarter earnings report on Thursday morning. It echoed what CEO Tim Baxter has been saying for nearly two years. In January 2020, Baxter rolled out a new plan for Express called ExpressWayForward that’s meant to get the brand away from its mall-centric history. Since then, Express showed some marked progress toward that goal, opening smaller format stores, growing its digitally native brand and focusing on new marketing channels like TikTok.

The Q3 results that support Express’ plan include a 26% increase in e-commerce sales, compared to last year, putting it on track for its 2024 goal of $1 billion in e-commerce sales. Overall sales growth was up 47%, compared to last year. It’s also seen a 25% increase in quarterly Google searches for the brand since the first quarter of 2021. Fifty percent of customers at its non-mall retail locations are new to the brand.

“Reinvigorating the Express brand started with reimagining our product, and we have done that,” Baxter said on the earnings call. He pointed to 12% sales growth in its denim segment in the third quarter, after completely redesigning every piece in the category in the second quarter. Baxter said the combination of new and enhanced products and new marketing channels has been key.

“We have also reduced promotional activity significantly,” Baxter said. “And we have taken a portion of the markdown dollar reduction and have reinvested that back into marketing.”

Express has also been moving away from opening stores in malls, instead opening five small-format concept stores under 4,500 square feet in non-mall locations. The latest was opened in Boston’s Chestnut Hill neighborhood in the third quarter.

Most notably, after not mentioning Express’ 2-year-old digitally native brand UpWest in its last quarterly earnings, Baxter highlighted UpWest this quarter as an area of growth for the brand. Express opened two new brick-and-mortar UpWest stores in the quarter, bringing the total to seven. Express did not break down UpWest’s revenue separate from the entire company’s sales, but Baxter said sales of UpWest are “tracking ahead of many digitally native brands in their second year.”

Although Baxter said the vast majority of UpWest sales are still online, geographic areas where UpWest has a physical presence, like Illinois and Ohio, also have the highest online sales. He took that as a sign that physical retail is still a good investment for UpWest.

With UpWest growing, Express will continue looking to emulate the modern DTC model of brand-building, Baxter said. According to some analysts, that’s a key way to avoid the fate of other mall brands like Forever 21.

“To remain relevant, all brands, whether traditional ‘mall brands’ or those competing in the DTC space, need to establish brand loyalty and retention by creating an emotional connection with their customers,” said Marta Rattazzi, director of retail at supply chain consulting company enVista.