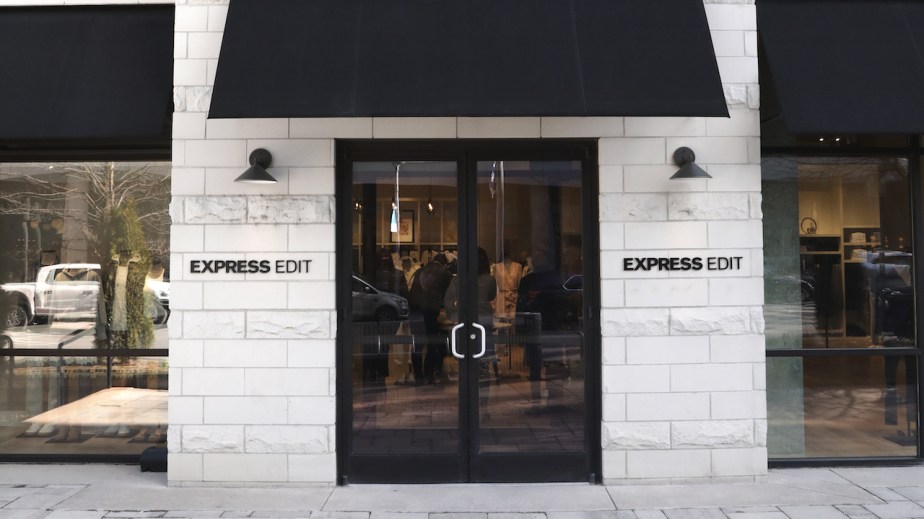 ‘Exceeding 2019 sales’: Express reports progress in pivot from ‘a store at the mall’

As malls either close or transition from retail hubs to lifestyle centers, “mall brands” are working hard to change their image. For Express, there are early signs that it’s on the right track, in its plan to rewrite its reputation.

“Our evolution, from a brand perspective, is from a store at the mall to a brand with a purpose,” Tim Baxter, CEO of Express, told Glossy on Wednesday. That purpose is to facilitate confidence and self-expression for the brand’s shoppers, he said.

On Thursday morning, Express, Inc. reported its earnings for the first quarter of 2021, ending May 1, 2021: Net sales were up 64% year-over-year, at $346 million. It also spotlighted second-quarter sales to date, which Baxter said are exceeding 2019 levels, on a comparable basis.

Baxter, a 12-year Macy’s executive, joined Express in June 2019 and rolled out his corporate strategy for the company in January 2020. Dubbed ExpressWay Forward, it spelled out company goals around its products (more newness, versatility), brand, customer base and execution. “Prior, there was no corporate strategy,” he said. In the months prior, he overhauled the leadership team, appointing Malissa Akay, formerly of Lane Bryant, as chief merchandising officer, and Sara Tervo, from Justice, as CMO, among other hires.

“Six weeks later, we closed every one of our stores and sent people home,” he said, referencing the onset of the pandemic in March. “Our priorities shifted.” To get his plan off the ground, he kept certain employees focused on advancing ExpressWay Forward strategies, while others were tasked with “managing liquidity and the financial burdens that the pandemic presented,” he said. In December 2020, Express hired investment bank Lazard Freres & Co, to assist in raising enough financing to carry the company through the pandemic.

“We need to be a brand that meets customers when, where and how they want to shop, however that breaks down,” said Baxter.

Express’ core customer is “a young, affluent professional,” said Baxter, and it’s targeting Gen-Z and millennial shoppers — the younger, the better. “We get the greatest lifetime value out of a consumer when we reach them at a younger age,” he said.

It’s opening stores accordingly. On Tuesday, the company announced that it’s getting set to open two of its new-format stores — called Express Edit — outside of mall settings in Washington D.C. One will be on 14th Street, frequented by Gen Zers and millennials, and the other will be on F Street, catering to young professionals. It’s also investing in TikTok campaigns. In May, it launched a TikTok challenge with the hashtag #ExpressReentry, prompting users of the platform to show off looks they plan to wear when social lives resume. The campaign’s seen 14.3 million views, Baxter said.

Express introduced its Express Edit concept in fall of 2020 and has since opened three stores, in Columbus, Nashville and Southlake, TX. Express plans to operate 10 Express Edit stores by the end of 2021. The stores are about half the size of the company’s traditional mall locations, at 1,400-4,500 square feet, and feature a localized product assortment. Many are set to be streetside locations, based outside of malls, plus they’ll have short-term leases. The Columbus location has already closed, as Express learned that its 1,200-square-foot footprint was too small “to truly represent the brand,” Baxter said. He added that 45% of the shoppers at the Nashville location, which opened in February, have been first-time Express customers.

In January of 2020, Baxter announced a store fleet rationalization plan, centered on closing 100 Express stores — 93 have since closed. Baxter said he now wants to focus on “fleet optimization” instead, as “I believe that customers will still want to interact with our brand in physical locations.” He noted that two-thirds of the company’s leases are up for renewal in the next few years, allowing for changes.

The move calls to mind former Express CEO David Kornberg’s introduction of a store catered to the modern worker, in April of 2018. Its Madison Avenue location served as the testbed: Sections of the store were merchandised to different types of work lifestyles — office workers, creatives — plus it featured a lounge-style workspace, equipped with charging stations and WiFi. The concept wasn’t rolled out to other stores.

But Express is being intentional about not putting all its eggs in the physical retail basket. And it’s making progress in its goal of reaching $1 billion in annual e-commerce sales, announced in March of 2020. Its e-commerce sales were up 40% year-over-year in the first quarter, and they’re up 70% year-over-year so far in Q2. “We were very behind on e-commerce,” Baxter said. “And so 2020 was always going to be a year of getting to table stakes.” That included transitioning 40% of website imagery to user-generated content, which has proven to drive sales for the company, as well as implementing a digital stylist program and incorporating SaaS platform Stylitics to enable style recommendations centered on completing a look.

And, despite “the tremendous headwind” of being a company focused on workwear and occasion wear during the pandemic, both categories saw an inflection point around Easter. They’re largely responsible for the company’s current 2019-level sales, Baxter said. Men’s suits have historically been the retailer’s top sales-driving category, followed by men’s dress shirts, and women’s dresses, blouses and dress pants. But prior to March 2020, Express had already increased its focus on denim, tees and polos. Its denim and men’s categories saw sales increases in the double-digit percentages in the first quarter.

The company expects to return to a positive operating cash flow in the current quarter and positive EBITDA in the third quarter.