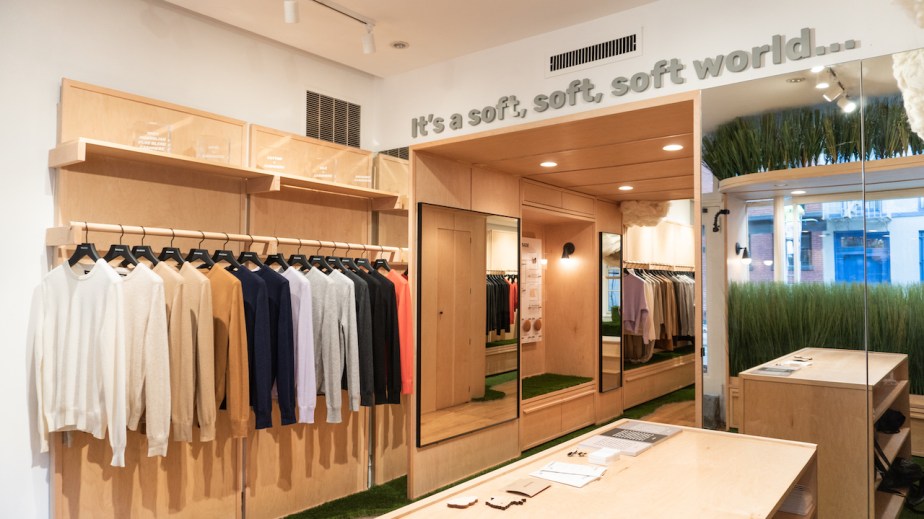 This is part of a series of stories on how the fashion and beauty industries are preparing for a potential recession. Click here to read others.

Among fashion and beauty companies, there’s a common understanding that a recession is likely to happen this year. But in the retail sector, opinions on said recession are greatly divided. While some big retailers like Walmart and Target have already felt the sting of recessionary economic activity, others are more confident in retail’s future. In the July issue of the National Retail Federation’s Monthly Economic Review, NRF chief economist Jack Kleinhenz cast doubt on a looming recession.

“I am not betting on an official recession in the near term, but the most recent research pegs the risk over the next year as about one in three, and it will be touch and go in 2023,” Kleinhenz wrote. “Regardless of the prospect of a downturn or whether it will meet the threshold of a recession, the consumer outlook over the next few months remains favorable.”

Of course, the NRF, as a retail trade organization, has a reason to downplay fears of a recession.

Others in the industry are seeing a clear shift in consumer spending, but expect the impacts on brick-and-mortar stores will be minimal. Jon Levy, vp of brand management at the retail management company Leap, is one such voice. Leap operates stores for dozens of DTC brands like Naadam, Something Navy and Ring Concierge. Levy said the appetite for new stores from the brands he works with has been growing. In the last three months, Leap signed partnerships and opened new stores for Frank & Oak, UpWest and Malbon Golf.

“The downturn people are expecting hasn’t really hit real estate,” Levy said. “Availabilities are low and prices are high. Every lease we sign has lots of competition from other people trying to rent the spaces.”

Levy pointed to Vuori, an activewear brand that recently received $400 million in funding from SoftBank, as a brand that’s aggressively opening new stores, signing multiple leases this year alone. Vuori opened five stores last year after receiving its funding round. According to CEO Joe Kudla, the team is still interested in betting big on physical retail.

“We want to get to 100 stores in the U.S. by 2026,” Kudla said. Vuori is expanding physical retail into seven new international markets this year, and Kudla said he expects 2022 to be the 7-year-old brand’s biggest revenue year to date.

Like Kleinhenz, Levy has an interest in portraying the retail landscape as resistant to economic woes, since Leap’s business is bringing more brands into physical retail. But he did say that the increased costs that brands are seeing across the board make retail a riskier bet with a higher barrier to entry. Vuori is an outlier, thanks to the large cash infusion it received just before the economic downturn became apparent.

Others in the industry believe that times will be tough for retailers even if spending doesn’t fall as much as it did in March 2020. When practically every cost of business is going up, even modestly reduced spending is a painful blow. And the signs indicate spending is going down. According to data from Placer.ai, indoor mall visits in the U.S. in June were down 9.5%, compared to pre-pandemic levels.

“Our operations team is having a challenging year keeping track of P&L,” said Yossi Nasser, president of the manufacturing company Gelmart and founding partner of Fullstride Ventures, which has invested in underwear brands like Lively and Kindly. “Last year, the costs of everything started to rise, but sales were high, too, so it balanced out. Now, cost of goods and expenses are still high and rising, but sales aren’t as high anymore to balance it.”

Nasser said it’s likely that DTC brands that have previously shunned wholesale will start to be more open to selling through a megastore like Walmart or Target because those stores become one-shop destinations when consumer spending is depressed.

“If you had the opportunity to sell into those [stores,] you won’t feel as much of a sting,” Nasser said. He pointed to traditionally DTC brands like Allbirds that have planned to ramp up their wholesale business this year for that reason.