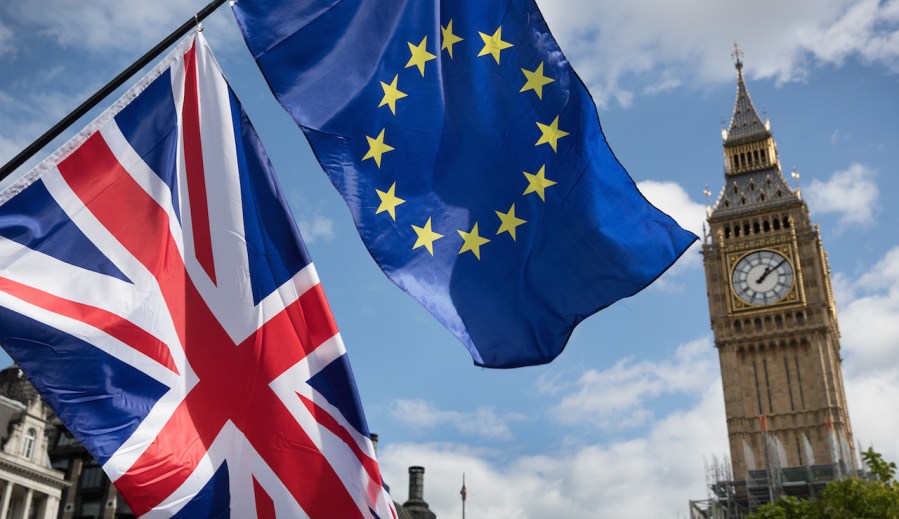 With Brexit looming, beauty brands are prepping for the worst

The U.K. government has been trying to leave the European Union since June 2016, but with the latest deadline of October 31 looming, the region is headed for a possible no-deal Brexit. With that in mind, all types of businesses have been preparing for every imaginable outcome.

Over the past three years, British-based beauty companies Lush, Pai and Molton Brown have been trying to navigate the opaque space. While Brexit can be perceived as a U.K.-specific issue, the ramifications are widespread and impact these beauty brands’  ability to hire and retain talent, their relationships with third-party partners, and the supply chain of their products.

People
When the team at premium skin-care brand Molton Brown first came to terms with the reality of Brexit, they strategized an effective triage to focus on personnel, products and their partners, said Mark Johnson, Molton Brown global president. Molton Brown is vertically integrated and owns the production, manufacturing and distribution of its brand through e-commerce and 40 U.K. stores. The U.K. represents 60% of the company’s global sales.

The brand noticed in the second-half of 2017 that it was losing employees in its manufacturing facilities and stores because large percentages are Eastern European, Johnson said. Not only were their departures driven by the uncertainty around their legal immigration status, but they were also due to foreign employees wanting to return to their native countries for jobs before opportunities became more scarce. Molton Brown’s freight forwarders and logistics partners also experienced a shortage of drivers and staff, which impacted the delivery of products, said Johnson.

Lush faced a similar issue. About 20% of Lush’s workers do not have British citizenship and felt “unwelcome and understandably upset” by the Brexit vote, according to Business of Fashion. Lush offered roles in Germany to those wanting to leave the U.K. and more than 80 employees have taken the company up on this offer. Some of these issues have since been alleviated because the government clarified the status of E.U. citizens already in the U.K., Johnson said.

For indie, sensitive skin-care brand Pai, its personnel problems have been somewhat different. The brand created a legal subsidiary in Amsterdam in January as it readied itself for the March deadline (which was ultimately extended to October) for multiple reasons, one of which was the ability to hire talent from continental Europe. Pai largely modeled its subsidiary off of a similar version in Canada, where it previously operated a satellite office. The subsidiary office does not currently have any personnel, but it could be an office for sales and marketing teams in a post-Brexit landscape early next year.

“We had no problem recruiting from Europe prior to 2016,” said Ed Saper, Pai director. “But it became much more difficult to find people prepared to move to the U.K. post-2016. If a no-deal Brexit goes through, we wouldn’t be able to hire anyone for the U.K., assuming they’d want to come here in the first place.”

Pai chose to create its subsidiary Pai Skincare BV in Amsterdam, as opposed to Dublin or Paris, because of its concentration of English speakers. What’s more, the convenience and quality of life factors Amsterdam offers include flights from London to Heathrow that are relatively inexpensive, and morning flight options are available.

“We have already found Amsterdam to be useful. Whether we run it as an office or have people work remotely and then fly into London will depend on the people we hire,” he said.

Products
Pai also created its subsidiary to deal with regulatory issues around product labels and e-commerce. With product labeling, an issue that Molton Brown also faced was the need to declare a “responsible person,” which is a legal or natural person based in the E.U. responsible for compliance with E.U. authorities. Pai is using its Dutch office, while Molton Brown began using the German office of its parent company, Kao Corporation.

Pai has been using its Dutch subsidiary for its e-commerce, which was switched to be based in the E.U. in order to reduce shipping slowdowns. The subsidiary makes the purchase from Pai so that the product shipment can be sent by a mail courier outside of via U.K. mail. It is a similar system that Pai used for its Canadian subsidiary, Saper said. L’Oreal, on the other hand, brokered a deal with HM Revenue & Customs to fast-track “essential” makeup through Britain’s ports, according to Financial News.

“We feel pretty prepared, and we have been giving advice to other companies, particularly on the regulatory side of things,” said Saper.

However, inevitable unknowns are to be expected, especially going into the holiday sale season.

“We’ve been preparing for Brexit from an operational perspective, but the real impact that we don’t yet understand is on the sales side and on consumer confidence,” said Johnson.

To that end, both Pai and Molton Brown have been reinvesting their efforts in the U.K. market, unlike Lush, which looked to international expansion to mitigate Brexit’s impact on sales. On top of Pai’s set annual marketing budget, as it grew in the states, the brand had been investing in the U.S. market approximately 90% of an additional marketing budget since 2017. But, the brand has since decided that additional marketing should be reallocated to the U.K. The U.S. was previously Pai’s largest global market, with the U.K. its third-largest. But relying on the U.S., where it’s expensive to grow, and where tariffs and customs could also become issues, was seen as unwise, said Saper.

“We felt we needed that home market as a fallback, in case something went horribly wrong with Brexit or the world economy,” he said.

Inventory
Johnson said it was impossible to fully realize the monetary impact that Brexit has brought upon the brand due to the many parts involved. But he did say there is a “fundamental cost” for the storage facilities the brand is using in the U.K. and Europe, where it has been periodically stockpiling product ahead of every deadline. Many beauty brands, like L’Oréal, have stored products to mitigate any slowdown at the trade border between the U.K. and E.U. countries. Raw ingredients are typically being stored in the U.K., and finished product is being warehoused in the E.U.

“There is also a real cost for cash flow. We are building more inventory and tying up more cash,” said Johnson.

Saper, meanwhile, estimated that the disruption and distraction of Brexit will have cost Pai a loss of $1.2 million in revenue by the end of 2019, due to missed sales opportunities and also raising about $640,000 from an existing investor for a Brexit emergency fund. Timelines have also impacted new products: Pai is launching a subscription offering the week of October 28, which was initially planned for 2018.

“If the U.K. fails to reach a trade agreement with the E.U., there are also likely to be a number of additional complications,” said Samantha Dover, Mintel senior beauty and personal care analyst. “Not only is there a risk of higher tariffs on goods both imported and exported, but the movement of goods could also be delayed due to increased customs declarations.”

Partners
Although the U.K. is leaving the E.U., the globalization of the world’s economy means this impacts the U.K. on more than one level. For example, in the post-Brexit period, the U.K. will lose its “most favored nation” trade status with the U.S., and the Canadian-E.U. trade deal will no longer apply to the U.K.

This means that the costs of shipping Pai products to the U.S. will substantially increase because the U.K. could be exposed to trade barriers, said Saper. The brand is working to establish warehouses in the U.S. and Canada, and is working with FedEx on new shipment options. Without favored nation status, U.K. imported goods are likely to be under more scrutiny and face increased tariffs. Therefore; Pai is consolidating wholesale and e-commerce so that all shipments get cleared as one through customs, Saper said.

Beyond trade partners, Brexit can also impact retail partners and other relationships. When Pai expanded retail distribution to Sephora France, Brexit was part of the discussion. Essentially, the contract states that both parties will make “best efforts” to work through issues related to Brexit, but that the retailer cannot kick the brand out if it cannot fulfill stock on time, said Saper. Additionally, all shipments to Sephora will be flown out to reduce hangups at the trade border, even though they would typically go by road and boats, he said. Because Molton Brown owns its own stores, it has not faced retailer issues, but it has had to work with its hotel partners individually because each of those relationships is drastically different from one another.

“Education is the hardest piece,” said Johnson. “No one entirely knows what this means and what rules and regulations will look like in a post-Brexit era.”