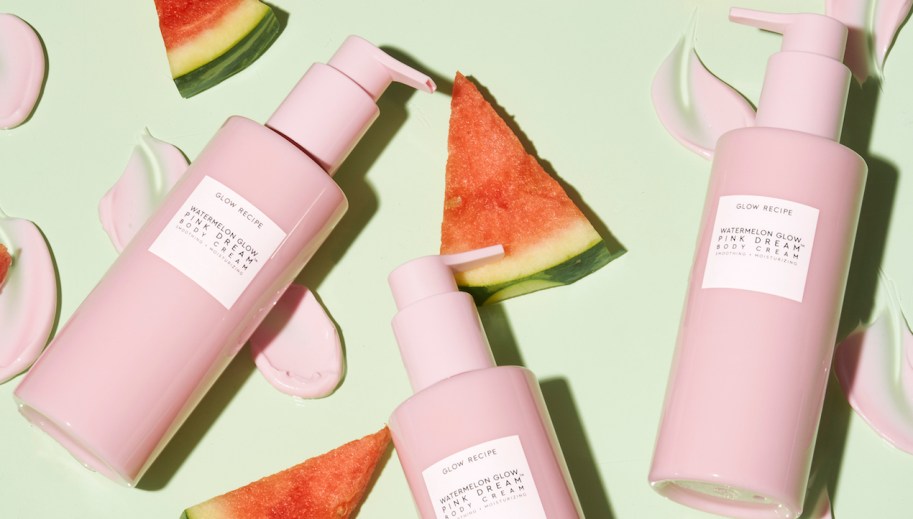 Since the beginning of 2021, alpha-hydroxy-acids (AHAs) have found themselves as central ingredients in a new class of body care products.

AHAs are a class of acids such as glycolic acid, lactic acid and citric acid (vitamin C), while its cousin beta-hydroxy-acids are predominantly salicylic acid — though occasionally vitamin C, when formulated in a specific way. Both acid classes offer chemical exfoliation, which can help even out skin tone and improve skin texture. But BHAs are more often associated with acne, while AHAs are used for dry and uneven skin tones.

“You see more of these other products on the market because people do want to treat their body in the same way they treat their face,” said Kseniya Popova, Farmacy’s director of research and development. “If you think about the [body] surface area, it’s much larger than your face; the skin is thicker on the body, especially something like elbows, which requires more exfoliating.”

Additionally, AHAs speak to the advanced level of products that customers now seek from body care. In 2018, as Business of Fashion put it, body care was “The buzziest white space in beauty,” which described the untapped potential of the category. Three years later and the category has matured and customers are more educated; they are ready to seek out these products.

Chandler Rollins, Farmacy Beauty associate director of PR and influencers, said the Honeymoon AHA body serum was designed to complement the brand’s Honeymoon Glow face product. Therefore, existing customers had familiarity with it. Farmacy positioned the serum as exfoliating the body and hydrating, to combat any concerns users may have about needing to apply lotion following the body serum. For Glow Recipe, the brand focused its messaging on the ingredient story of its hibiscus-derived AHA and watermelon seed butter for hydration. Additionally, the brand wanted to inform users that it is appropriate to reapply the product multiple times a day and that it will not cause irritation to sensitive skin. In addition, users do not have to “drench their skin” in SPF, as they would with traditional AHAs, said Sarah Lee, Glow Recipe co-founder and co-CEO.

“With the surge of the BHA trend, AHAs are also being [rediscovered] and are resurging,” said Lee.

The popularity of chemical exfoliators, therefore, isn’t likely to slow down. Kelly Dobos, an independent cosmetic chemist, noted that chemical exfoliators, especially glycolic acid and salicylic acid, are making their way into hair and scalp care through brands like The Inkey List and First Aid Beauty. She added that these ingredients also serve to elevate and increase the cost of products that were typically bought in mass retailers or were considered more utilitarian categories. Farmacy’s body serum sells for $40, while Glow Recipe’s body lotion sells for $28. Sol de Janeiro’s retail for $20-$45.

“Body care is a more cost-conscious category; we’re willing to spend a lot more money on our face products,” said Dobos. “But some of these ingredients and approaches are going to make a formula somewhat more expensive.”