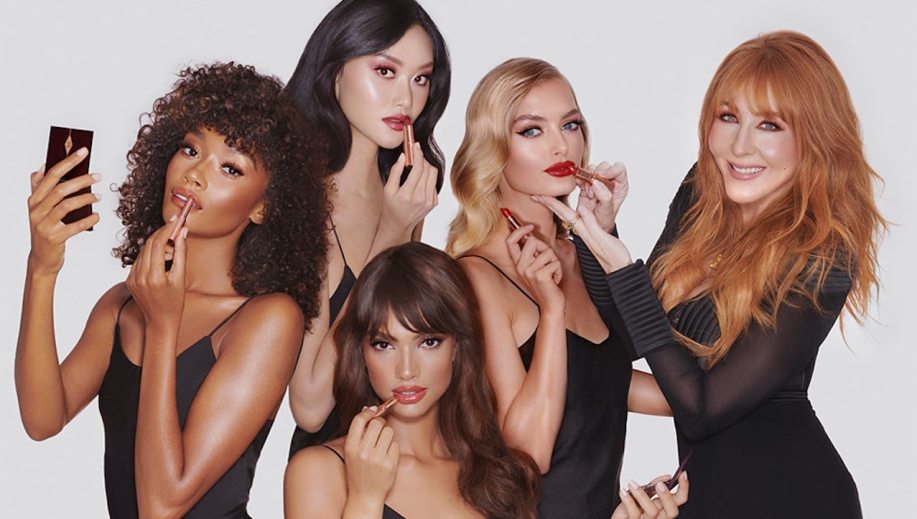 What Puig’s acquisition of Charlotte Tilbury means for beauty

Charlotte Tilbury marks Puig’s first major asset in the cosmetics space, as its portfolio is predominantly owned and licensed fragrances. By snagging such a prominent brand, Puig is demonstrating not only its ambitions to become more competitive in the beauty market but the extent it’s willing to go to get there. In addition to Puig’s majority stake, BDT Capital Partners, Puig’s financial advisor for the transaction, is taking a minority investment. Charlotte Tilbury herself will maintain a “significant minority” stake, according to the brand’s press release. She is also staying on as chairman, president and chief creative officer of the company, and Demetra Pinsent will remain as CEO. Exact percentages of ownership and the prices paid were undisclosed, although Charlotte Tilbury was reportedly evaluated at $1.2 billion.

In its press release announcement, Puig stated that Charlotte Tilbury’s product portfolio and digital capabilities are key assets and that the brand will serve to “reinforce Puig’s position in the category and make Puig a strong three-axis global competitor in the luxury beauty category.

“Charlotte Tilbury also will be able to access Puig global footprint and operations to expand its worldwide presence,” it said.

“It’s a big leap for Puig, but a very strategic move for the company, in terms of diversifying its business model and revenue footprint to mitigate the risk from fragrance,” said Andrew Charbin, The Sage Group managing director. Charbin pointed out the uniqueness of Puig in the broader beauty market, saying it is not a “predictable” beauty acquirer and it’s privately held. Being privately owned means that there is more flexibility and ability to take a longer-term view and strategy without the pressure of investors and quarterly earnings, he said. This is particularly beneficial given the macro-economic issues the pandemic has wrought and the likely slow recovery of the cosmetics market.

Although Puig is private, it does share annual earnings. According to WWD, its 2019 net revenue was $2.2 billion, an increase of 5.1% compared to 2018. The company, through its various brands, sells in more than 150 countries. According to filings through the U.K. registrar Companies House, Charlotte Tilbury sales rose 34% YoY to $126 million between 2017 and 2018. Given Charlotte Tilbury is now valued at around $1 billion, nearly half of Puig’s overall market-cap, the introduction of BDT Capital Partners as a minority investor is significant but also unconventional. But as a private company, Puig can structure a deal as they wish, outside of public market scrutiny.

The fact that Puig also opted to acquire a majority stake versus an outright purchase of the whole business is reminiscent of the recent Coty Inc. deal with Kylie Cosmetics to buy a simple 51% majority. Such arrangements ensure that the founder of their eponymous brand retains monetary and personal interests in growing the brand and remaining a public figure. With other notable brands like Pat McGrath Labs and Huda Beauty still in the market, this could emerge as an M&A trend.

Puig’s beauty ambitions stretch far and wide. In March 2019, the company announced a minority investment in Loto del Sur, a Colombian premium beauty company, and Kama Ayurveda, an Indian beauty and wellness brand. Puig’s beauty license with Christian Louboutin began in 2013, and the relationship has steadily expanded beyond fragrance to additional beauty categories, like lips and nail polish. Business of Fashion reported in Sept. 2019 that the Spanish conglomerate was aiming through fashion house acquisitions to be known as a brand-builder first and a licensee second. While Puig may not be trying to rival other luxury companies like LVMH or Kering Group directly, it is fashioning itself into a significant luxury player on the global stage.

In the longterm, this acquisition also signifies to the market the continued trust among investors and the resiliency of the beauty category. The fact that Puig is not a traditional strategic buyer also broadens the field, and creates a more dynamic and healthy market, according to Charbin. It acts as an encouraging signal to the market, and since there were strong rumors that Charlotte Tilbury had many interested buyers, the choice to sell to Puig is even more notable.

“There’s no denying that the sale of Charlotte Tilbury’s namesake beauty brand is unconventional given the current pandemic and uncertainty with where the retail industry will land when all is said and done,” said Krista Corrigan, Edited retail analyst. “However, above all, it demonstrates confidence in the high potential for the beauty category and an investment in a younger generation of shoppers.”