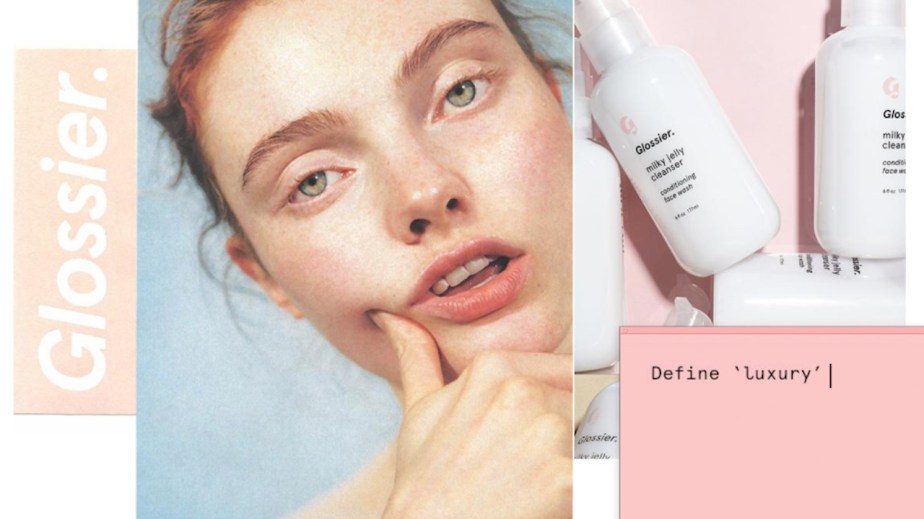 What Glossier Play means for Glossier

Glossier, the direct-to-consumer darling of the indie beauty world, is expanding its business with the launch of a new sub-brand called Glossier Play.

Slated for arrival in March, according to a Glossier Play landing page, the announcement made last week via Instagram and Twitter was met with frenetic energy. Glossier declined to comment on further details of the launch.. To date, the company has raised approximately $84 million dollars in venture capital fundraising and is valued at almost $400 million dollars, according to investment data company Pitchbook. Emily Weiss, founder and CEO of Glossier, told Bloomberg in December 2018 that the brand was expected to surpass $100 million in revenue last year. With the launch of Glossier Play, Glossier has its sights set on expansion.

So what is Glossier Play?
When Glossier announced Glossier Play, the company notably mentioned it is a sub-brand. The launch news was accompanied by billboard advertisements in New York City and a dedicated Instagram page (which also mentions being a sub-brand) with a single post starring social media personality Dontè Colley, who makes motivational dance videos, dancing. So far, the Glossier Play Instagram page has over 50,000 followers — Glossier has 1.8 million followers.

Notably, both Playroom and Showroom appear to indicate that Glossier is interested in lifestyle products versus pure cosmetics or skin-care products. Scented body lotions and creams, bath bombs, reed diffusers and candles, matches, incense, burning papers and scented sprays are included in the Showroom and Playroom trademark filing. According to Gerben, companies that file trademarks are required to submit a sworn statement that they intend to make the products included in the application, but he did caution that there are always exceptions.

“It doesn’t mean you can’t remove them later in the process because you can amend the publication, but you had a legitimate intent at the time. You only have a three-year window to bring that product to market,” he said.

There is also a trademark for Glossier Play Tetra Chrome, which is mentioned as being an eye shadow and eye makeup product. “The name [Tetra Chrome] seems like a louder and more audacious type of makeup,” said Richie Siegel, founder and lead analyst at retail consultancy Loose Threads. “It seems to be a more playful and party-like brand. If Glossier invented the no-makeup, makeup look, then this seems like a more playful cosmetics [product].”

A larger emphasis on global reach
Other hints from Glossier’s trademarks suggest the company’s future plans. For example, a product called Total Lip was filed in November 2018 and also includes applications for the European Union and Canada, as well as Australia and China. Currently, Glossier only ships within the U.S., Canada, the U.K. and France, but filing trademarks in China and Australia indicate a larger expansion strategy. According to Business of Fashion, the brand was targeting Sweden and Germany as of May 2018.

According to Nicholas Wells, a trademark attorney and partner at Legends Law Group, Glossier could be considering reach in Australia and is prepping by filing trademarks as a “defensive” tactic to make sure no third-party would contest the trademark when the brand eventually enters the market. For a market like China, it makes sense for any business to file trademarks, even if the chances of expansion are low, in order to protect a brand. It’s common in China for citizens to trademark non-Chinese brand names and products that are not already registered, referred to as “squatting,” in order to sell them to the rightful company if and when they expand to the country, said Wells.

‘Phase 2’
Glossier currently has two permanent showrooms — in New York City and Los Angeles — and has held various pop-ups in other cities like Chicago, San Francisco and Copenhagen, Denmark. Approximately 10 percent of Glossier sales come through the shoppable showrooms and pop-ups, according to The New York Times. Weiss has said in the past that Glossier could rapidly grow sales by expanding its distribution channels or the number of stores, but that is not something she wants to do.

However, the physical expression of the brand could change with Glossier Play, according to Anagha Hanumante, beauty analyst at CB Insights.

“If Glossier Play is something more like color cosmetics, then that still fits into the showroom experience, but if it’s lifestyle- and wellness-related, it provides [options] for more experiences,” said Hanumante, who compared the brand and its possible extensions to DTC mattress company Casper and its store “The Dreamery,” where customers can nap. “Glossier could build a lifestyle into a showroom experience. There’s more creativity there and they could push the boundaries on [their own] retail experiences.”

It is worth noting that all of these smaller developments within Glossier and Glossier Play are nestled within what the brand has labeled “Phase 2.” Phase 2 represents a new shopping platform, which includes melding e-commerce with social networks and is being led by former Facebook and Instagram executive Keith Peiris, per Bloomberg. Other details are scarce, but Weiss said aspects of this platform will begin to be seen in 2019. Currently, Glossier is comprised of one-third tech positions, but those positions will eventually reach 50 percent.

“Anything Glossier does is newsworthy at this point,” said Siegel. “They are respectful and understand the position they are in. They aren’t sending 20 emails a week — it’s a very controlled and restrained approach. A lot of brands are trying to grow their top-line because they raised a lot of venture capital money, but Glossier has the patience to not piss people off [by bombarding them], and it goes a long way.”