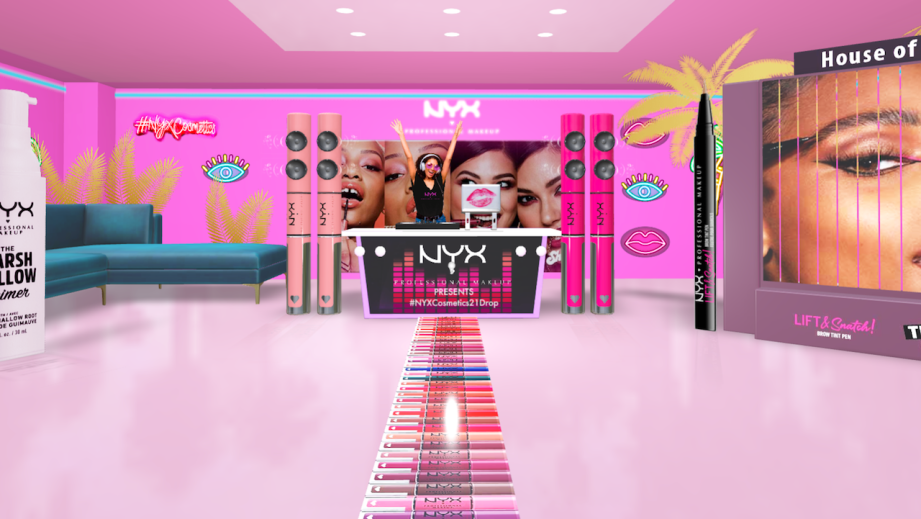 Already popular for entertainment promotions, short video app Triller is featuring its first beauty campaigns as it widens its range of brand partners.

On December 9, NYX Professional Makeup is launching an AR Snapchat lens and virtual shopping experience that will be available on both Triller and Snapchat. Created for the brand’s multi-platform #NYXCosmetics21Drop campaign, the AR experience promotes new items for NYX’s spring 2021 beauty drop. The front-facing part of the lens will feature AR makeup try-on by NYX, while switching to the back camera brings the user into an AR shopping experience allowing them to navigate around a virtual room and click products to purchase. The campaign will also include a live-streamed concert on Triller featuring a yet-to-be-revealed musical artist on December 18. NYX is the first beauty brand to take advantage of Triller’s Snapchat partnership launched in March this year. Triller was one of the first launch partners for Snapchat’s Camera Kit tool, which allows developers to bring Snapchat AR lenses to their apps.

According to Yasmin Dastmalchi, NYX’s svp for marketing, the brand chose to work with Triller because, “We are the brand of entertainment. It’s really something that sets us a part from our competition, and Triller is an entertainment platform.” When Coachella was canceled earlier this year, NYX held a virtual music festival on Instagram Live in April featuring performances by Jessie Reyez, Kim Petras and Princess Nokia.

The campaign is also a first for beauty on Snapchat, said Snapchat’s lead in AR marketing, Carolina Arguelles. “We’ve had a lot of different beauty brands test out different AR try-on and AR tutorial experiences on the face. And while we’ve seen some retailers like Farfetch, for example, do these portal stores where you can actually walk into the store and see all the items, we actually haven’t seen a beauty brand do a specific beauty store experience.”

Brands’ interest in virtual shopping experiences has grown during the pandemic, as they seek out alternatives to physical stores. Brands including Charlotte Tilbury, Maison Christian Dior and Ulta have featured VR stores on their sites. According to Dastmalchi, “The pandemic has accelerated our effort to bring those types of experiences to our consumer, because obviously they’re at home and we want to be where they’re at — but it has always been a part of our plan.”

The NYX virtual store features a collection of products including its Shine Loud High Pigment Lip Color, its Lift & Snatch! Brow Tint Pen and Marsh Mellow Smoothing Primer, which users can click to go to product listings and purchase on NYX’s website. Rather than going through Snapchat’s in-app commerce, “driving to our site allows us to have access to the data, and build stronger and deeper relationships with [customers] in the future,” said Dastmalchi.

Triller gained a wave of new downloads earlier this year when the Trump administration announced that TikTok would be banned, and has since attracted major TikTok influencers including Charli D’Amelio to the platform. In October, Triller reported that it had 13 million monthly active users, while former Triller employees subsequently shared a screenshot with Business Insider saying the number was 2 million. Triller did not provide a comment on its current MAU number.

For now, NYX’s embrace of AR on Triller and Snapchat is more about brand awareness than driving sales. “The main goal of this campaign at this time frame is to bring some sort of escapism to our consumers,” said Dastmalchi.

NYX’s main customer demographic is Gen Z. The brand was also an early adopter of TikTok and ran its popular #ButterGlossPop campaign on the platform.

Beyond the pandemic, NYX is “going to continue to stay on the path that we’re on, in terms of digital innovation: push our social commerce, push our AR capabilities,” said Dastmalchi. “The Gen-Z consumer is changing the world that we live in, and how they consume beauty is constantly evolving.”