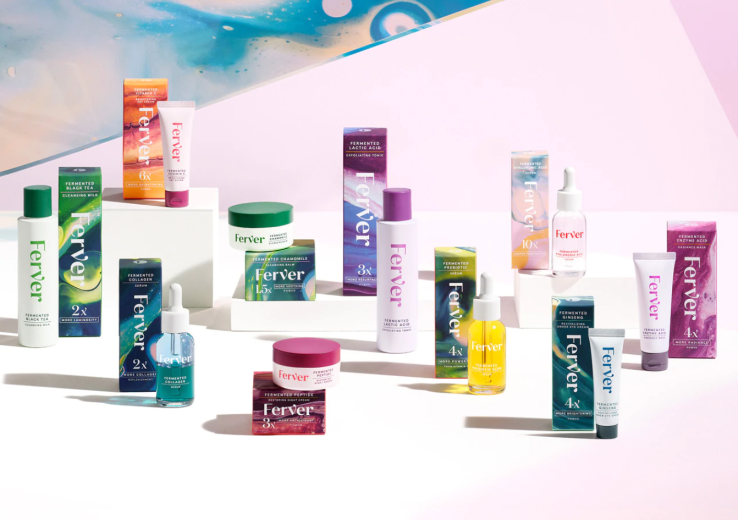 For the launch of its new Target-exclusive skin-care brand, Unilever’s in-house incubator, The Uncovery, tapped an interesting mix of influencers. The brand, Ferver, focuses on fermented skin care, a category that’s been on the rise for the past couple of years. I reported on this trend for Coveteur in 2020. 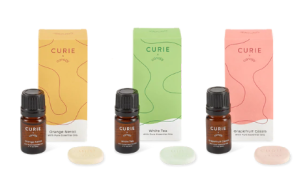 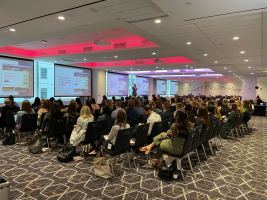 “Fermentation in skin care is so exciting and promising. It uses science and technology to produce a more precise and active ingredient without the presence of undesirable by-products that are common in the standard extraction [of skin care ingredients],” said Dr. Lindsey Zubritsky, also known as @dermguru on TikTok where she has over 455,000 followers. Dr. Zubritsky is also a paid partner tapped by Ferver to support the brand’s launch. “Through scalable technology, fermented skin-care ingredients and products can be brought to consumers safely and efficiently. And by making molecules smaller through the process of fermentation, these ingredients penetrate the skin surface deeper for real results,” she said. She also explained these benefits in a sponsored TikTok post for Ferver.

Products included in the aforementioned 2020 Coveteur story included Vintner’s Daughter’s $225.00 Active Treatment Essence and Biophile’s $148 Bio-Shroom Rejuvenating Serum. The cheapest product on the list, then, was Sokoglam’s Good Skin Days On The Bright Side Moisturizer, at $24.

Ferver quietly launched in February with 10 products ranging from $15-$21. The assortment of items includes a balm cleanser, a milk cleanser, an eye cream, a day and night cream, three serums, and one mask.

“Small brands with super high price points started building the trend [of fermented skin care] and making it a desirable thing. People didn’t know what kombucha or kimchi was, but now, it’s available everywhere; the [trend] awareness has started,” said Laura Fruitman, CMO of The Uncovery. “For us, especially as a Target brand, that’s the moment to come in. [Other brands] have laid the groundwork for understanding what fermentation means and why it’s good for you, both from the food perspective [and skin-care perspective].”

The brand sought to strike a balance between the science of fermentation, Target’s strong positioning in the ‘clean’ beauty space and fun, appealing branding and packaging.

Ferver is targeting a 20- to 40-year-old consumer, Fruitman said. “But the biggest thing is [that it’s] for people who want efficacy from their skin-care products and are also aware of the ingredients, she said. “There’s this consumer who wants to be natural and wants to focus on clean ingredients, but is also is a little wary of, ‘Am I going to get the same effects? Is this going to do what I want it to do?’ and doesn’t want to make that sacrifice.”

To reach its intended audience, Ferver tapped three “hero” influencers, as well as a selection of micro-influencers to support the launch. The “heroes” included the dermatologist, Zubritsky, as well as internet personality Rickey Thompson (3 million TikTok followers) and beauty influencer Amy Chang (aka @Bondenavant, 1.3 million TikTok followers). From beauty to lifestyle, they influencers represent a range of categories and were chosen to provide brand awareness to unique audiences.

Though TikTok was a focus for Ferver’s launch, the influencers also posted on Instagram, Instagram Stories and Reels.

Thompson is the biggest star of the group, and his content for the brand’s launch campaign has not yet finished rolling out. The campaign kicked off in early March. “We did a lot of research on what performs on TikTok and ways to stand out, because we’ve seen a lot of campaigns pop off and then also flop,” said Sammi Gach, a senior account executive at Edelman, the public relations firm hired by Ferver to promote the launch. “We wanted to partner with a creator who had an iconic voice. Everything Ricky says is essentially quotable.” Thompson will create videos around the concept of feeling “fervacious,” a word created by the brand to refer to achieving your skin goals. They will go live in the coming weeks. Other partners will then use that audio, and the brand hopes the general public eventually will, too.

“We know our consumer is looking for the science, so we wanted to include a derm, but also [make it] fun. We wanted to make sure we were picking people who have that audience and who speak to them authentically,” Fruitman said.

Chang was enticed by the brand’s price point. “Fermentation isn’t new in the skin-care world. Many luxury Asian skin-care brands, like Amore Pacific and SKII, use fermentation in their products since it makes the ingredients more bioavailable, able to penetrate deeper and be more effective. [However], Ferver is one of the first brands I’ve seen to take this concept and make it accessible,” she said.

The Ferver team understood that launching an efficacious brand with a dream retail partner and well-designed packaging wouldn’t be enough. There needed to be a strong social strategy, with strategically chosen influencer partners, too.