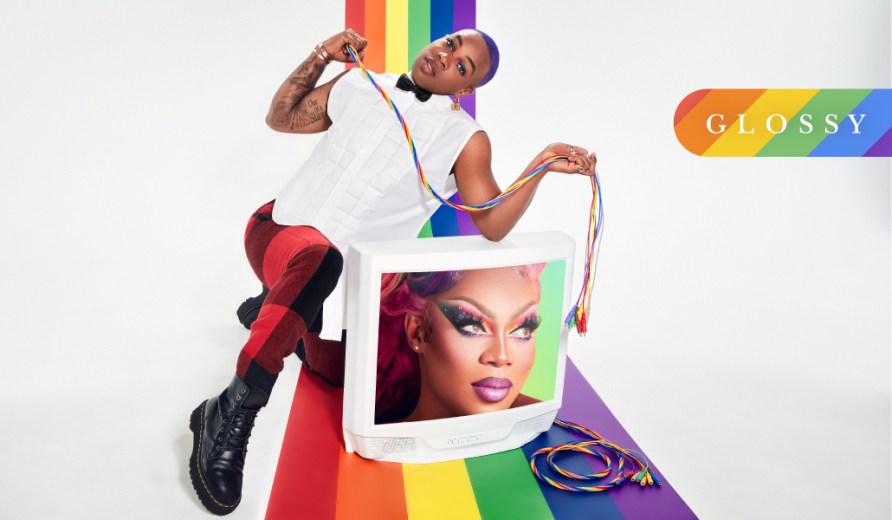 Todrick Hall on his Morphe Pride collaboration and loving makeup

For multi-hyphenate director, producer, actor, dancer and influencer Todrick Hall, accepting his own love of makeup has been a journey.

“I used to feel like, ‘Well I am gay, but if I wear makeup, there’s another layer of being ‘odd’ and ostracized from the regular muggles of the world who are judging me,” Hall said with a laugh.

Eventually, however, he had to admit to himself that he loved wearing makeup. “I honestly don’t believe that there are very many gay people on this planet who wouldn’t also want to see themselves in drag,” he said. Now, Hall feels more comfortable exploring both his masculine and feminine sides. His just-released album is called “Femuline,” and on June 1, launched a collaboration with Morphe, something he said is a dream come true. The collection includes three products: a multicolored eyeshadow palette ($20) and corresponding rainbow-hued brush set ($26), plus a hand mirror printed with the phrase “Live with love” ($12). The phrase is the same as the title of the song he wrote specifically for this collaboration.

“This feels like a true collaboration,” Hall said, of working with Morphe. “We had several conversations and Zoom calls where we got to really know each other.”  He was given flexibility about the vision of the collaboration, he said, adding, “I think I can speak for a lot of influencers when I say, that’s not always the case.”

It was important to Hall that Morphe supports the LGBTQ+ community year-round, he said. Morphe does an annual Pride collaboration, from which it donates 100% of its proceeds. Over the past three years, it’s donated $895,000 in support of services and opportunities for LGBTQ+ youth and students. This year’s donations will go to The Trevor Project, which provides crisis intervention and suicide prevention services to LGBTQ+ youth.

“When the Morphe team was brainstorming Pride 2021, we were adamant that we wanted to work with a creative in the LGBTQ+ community who would bring something extra special and unique to this campaign. The first person that popped in my mind was Todrick Hall,” said Nicole Faulkner (aka Lipsticknick), Morphe’s director of global artistry. “I’ve worked with him for years and have seen, first-hand, the impact he makes on his fans’ lives, both young and old. I knew he was passionate about the Trevor Project as well. Through the power of self-expression, music and makeup, Todrick brought this whole campaign to life.”

This year, Hall said, Pride is about change. “The world is slowly but surely giving people who are part of the LGBTQ+ community permission slips to be themselves,” thanks to increased representation on television and even collaborations like Hall’s own, he said.

“I’m so happy. I would have never dreamt five years ago that I would be collaborating with Morphe,” Hall said. Importantly, he added, he didn’t feel “plopped” in the center of a Pride campaign. There has been much discussion on social media of “rainbow washing,” the practice of empty marketing initiatives around Pride Month.

While Hall is aware of once-a-year, Pride-timed corporate initiatives, he said he still believes it is valuable that brands are making monetary contributions, though he hopes their intentions go beyond marketing. “These businesses supporting this cause, this movement and this community is changing people’s minds, [leading them to realize that] we’re not disease-ridden. sexual predators, disgusting, perverted creatures,” he said. “We’re human beings who live, laugh, love and exist on this planet who deserve to be respected and treated as normal.”