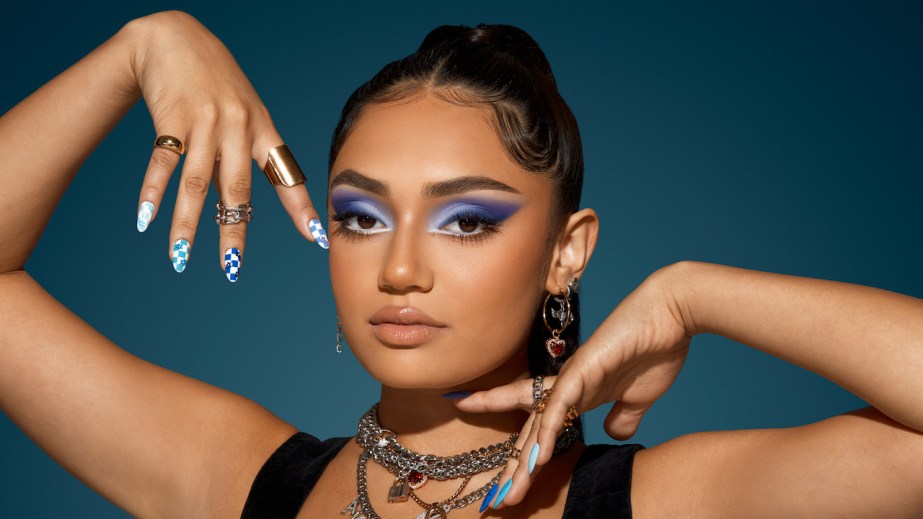 Avani Gregg got her big break on TikTok in 2019 when the clown makeup trend she created swept the app. This trendsetting power has made her the latest TikTok star to land a beauty collection.

One of TikTok’s top influencers with 32.1 million followers, Gregg announced her first beauty collaboration with Morphe on March 18, and it was made available for sale on March 23. The aesthetic of the collection is a colorful, Gen Z-friendly look, and her own art is featured on the packaging. Included are a bright eyeshadow palette, black and red lipsticks with liners, four different lip glosses, a bronzer and a face and body illuminator.

“My makeup has definitely changed since I’ve been on TikTok,” said Gregg, who is known for her facial artwork, including a range of clown looks and other artistic drawings. “I’ve gotten more into doing basic, everyday makeup. I used to not do that at all. When I was going out during the day, I wouldn’t do a normal makeup look. I would either go out with no makeup or go out with some crazy makeup look that I created.”

Morphe has bet big on TikTok and other Gen Z influencers, launching makeup and skin-care collabs or sub-brands in the past year with Charli and Dixie D’Amelio, Maddie Ziegler, Madison Beer and Emma Chamberlain. Outside of Morphe, TikTok royalty Addison Rae also has her own beauty line.

A former member of the Hype House, the most well-known TikTok influencer collective that has included some of the app’s biggest stars such Addison Rae and the D’Amelios, Gregg attributes the success of her viral makeup videos to both the looks and the characters she acts out. When her first clown look took off, “I was doing other makeup looks, but I never acted in a video,” she said. “People were just going crazy over it because, first of all, no one was really doing clown makeup. And then, second of all, people were mainly obsessed with the acting over the makeup.”

Her new collection is ready-made for the creation of viral TikTok makeup looks and is a prime example of the ways Gen Z is playfully changing and experimenting with makeup trends. Her mood board for the collection included “spray-painted art, neon lights, bright colors and retro-themed pictures that I took off of Pinterest and my Instagram.”

Colorful neon cake eyeliners, for example, have been especially popular on TikTok and Instagram, and can be found in the collection’s new eyeshadow palette. Gregg describes cake liners as a “fancier face paint. [They’re] something I can easily paint with.”

The collection also features Gen-Z favorite lip gloss, as well as black and red lipsticks reminiscent of Gregg’s viral looks. “I was a big fan of lip gloss. I didn’t like color on my lips until two years ago, so I was always going for any type of lip gloss,” she said. “More recently, I started trying different shades of lipstick.”

The products will also allow buyers to recreate Gregg’s signature clown looks, which have often featured black lipstick. The black lipstick features “a tint of purple, because purple is my favorite color,” she said.

While Gregg makes a range of videos on TikTok from beauty to dance, her main focus for her content will remain makeup. “I would say almost 80% of my videos are makeup videos. I enjoy doing those more,” she said. “Makeup is almost like therapy to me. I’m just able to sit down for hours doing my makeup just by myself.”